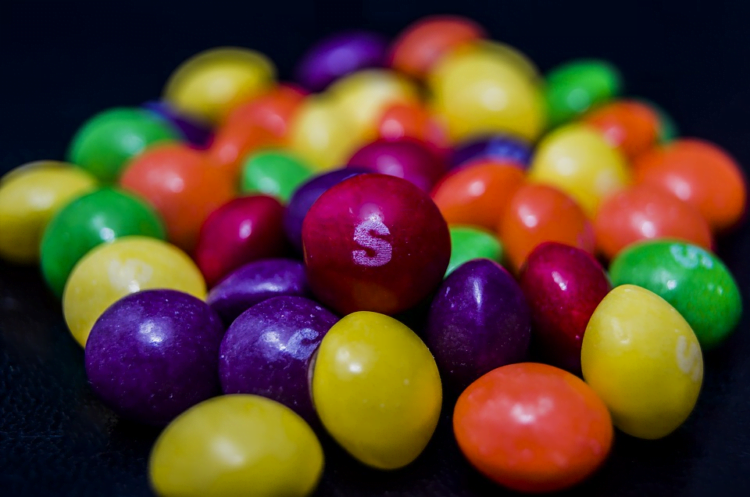 From vampiric drink conflicts to pot-infused Skittles, here is a look at three notable trademark lawsuits that have recently been filed in California.

In the following examples of recent trademark lawsuits, you will see why it is so important for companies, whether they be small businesses or global giants, to protect their names and logos with trademarks. Thankfully, it is much simpler than you may think to register your trademarks and protect your most valuable assets by using the Nominus trademark service. The service is provided by experienced trademark attorneys and the three-step process makes it easy to protect your business names, slogans, and logos in no time.

In May this year, the world’s leading manufacturer of chocolate, chewing gum, and other confections, Mars Wrigley filed a lawsuit worth millions of dollars against dodgy websites allegedly selling counterfeit items. One of those trademark suits was filed in California against companies selling marijuana-infused Skittles. While California essentially legalized the nonmedical use of marijuana in 2016, it does not mean companies can rip off trademarks like Skittles with their pot-infused candy!

Another complaint filed by Mars Wrigley in California against companies selling pot-infused edibles that infringe upon their trademarks was for using names like Life Savers Medicated Gummies, Starburst Gummies, and Medicated Skittles.

Mars Wrigley also filed a lawsuit in federal court in Chicago against a Californian company named Terpogz for allegedly using the name Zkittles for the cannabis and CBD flowers the business sells, as well as on merchandise and paraphernalia. Terpogz also knocked off Skittles’ famous slogan of “Taste the Rainbow,” and its logo.

Facebook is not new to lawsuits, but this is a first for the social media giant. In April, Facebook teamed up with Gucci America to claim that a single defendant called Natalia Kokhtenko had been operating an international online business selling illegal counterfeit fashion items.

The suit, which was filed in the District Court for California’s Northern District, alleges Kokhtenko used both Facebook and Instagram to promote her luxury counterfeit items, which include “Gucci” clothing, shoes, handbags, and other accessories. In the filed trademark infringement complaint, Gucci and Facebook claim that the Moscow-based woman used multiple accounts on the social media platforms to sell her fake Gucci products since at least April 2020.

The lawsuit comes after similar suits by Amazon, which teamed up with companies like Valentino to stomp out trademark infringement and counterfeit products. The partnership between companies like Facebook and well-known fashion houses and companies from other sectors looks set to continue in an effort to provide their customers with a safer and trusted online shopping environment.

Although not as recent as the above two lawsuits, this trademark suit from October 2019 is a noteworthy example of how two big brand names can come into conflict and why having trademarks is so essential.

The Vampire Family company not only sued for trademark infringement, but also for false designation of origin, dilution, and unfair competition. If you do not want your business to be bitten like Applebee’s, make sure you do not infringe on anyone’s trademark protection.

When Does It Make Sense to File a Trademark?