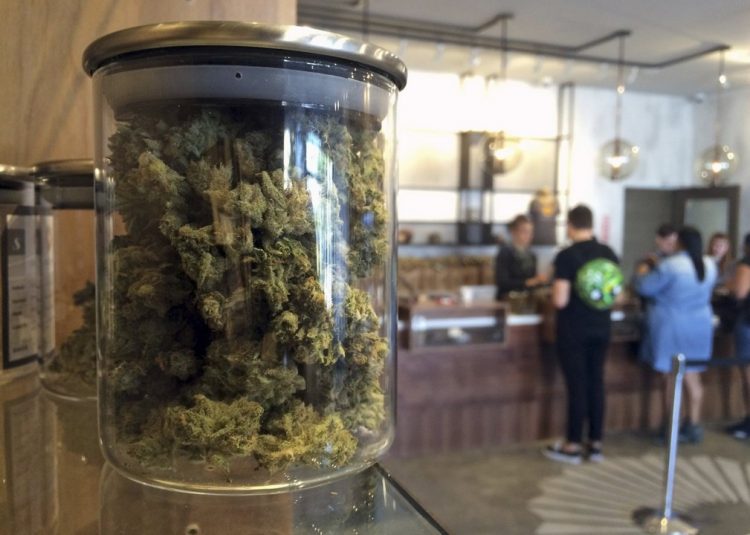 by Rick Weinberg, Editor in Chief, California Business Journal
A A
Share on FacebookShare on Twitter
ADVERTISEMENT

California’s legal marijuana market is on the verge of exploding

California is the world’s sixth largest economy, only outpaced by the US as a whole, China, Japan, Germany, and the UK. The Golden State’s economic output for 2015 came in at $2.46 trillion.

Let’s be clear: We’re talking about a single US state economy compared with those of entire countries. California, on that scale, is number six.

And that’s why it’s such a tremendously big deal that California is on the edge of fully legalizing marijuana, just like Colorado, Washington, and Oregon before it. We’re not talking about de-criminalization, or police de-prioritization.

We’re talking about alcohol-style regulation and sale of marijuana to adults, age 21 and up. We’re talking about legally allowed personal cultivation, state/local taxation of retail sales/distribution, and re-evaluation of sentences/records for people charged with marijuana offenses.

We’re talking about outright, full-on legalization of marijuana. And in the world’s sixth largest economy, that means billions of dollars. If California’s Proposition 64 passes on November 8, and sales begin by January 1, 2018, California’s looking at an additional $1.5 billion flooding into the marijuana market. That number swells to just shy of $3 billion in 2019, and nearly $4 billion by 2020, based on the latest report from New Frontier Data and ArcView Market Research.

And to be clear, that’s on top of the already booming medical marijuana market — the total size of the cannabis market would reach $4.27 billion in 2018, and would grow to $6.45 billion by 2020.

The ballot initiative has overwhelming support in California: Over 60% of respondents support Prop. 64, compared to just 34% opposed, according to Ballotpedia’s average of polls. The Adult Use of Marijuana Act raised more than enough signatures to get Proposition 64 added to the state ballot in November. AP Photo/Jeff Chiu

Beyond the tremendous market growth above, the state of California itself stands to earn a substantial chunk of cash from marijuana legalization.

There are two specific taxes that Prop. 64 applies to legal marijuana:

In addition, local governments could apply additional taxes; they could also offer tax-free benefits in an effort to encourage marijuana industry growth.

So, what’s the impact in dollars?

The vote on Proposition 64 takes place on November 8, alongside the presidential election. California joins four other states voting on whether or not to fully legalize marijuana.