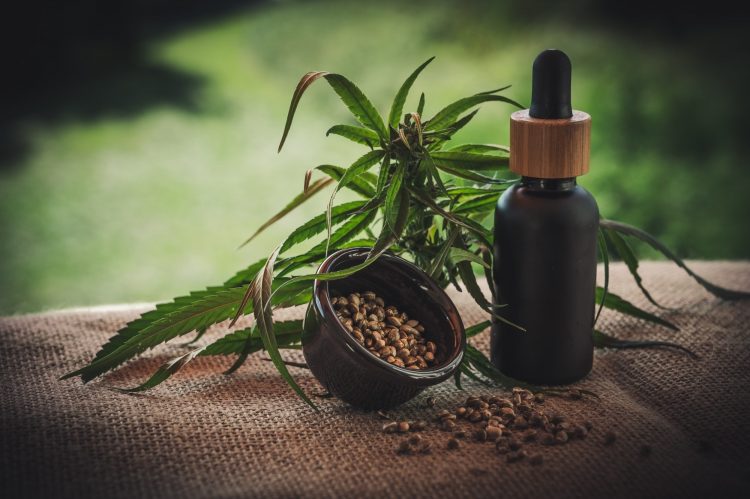 Absolutely. There are many claims that CBD assists with defeating the neurological ties to nicotine.

You see and hear advertisements everywhere, promising to have the solution to quit smoking. Smokers know that addiction to nicotine and tobacco is one of the hardest to overcome. They battle cravings every time they smell smoke, drink beverages normally paired with cigarettes, or attend events they used to smoke at. Battling the mental addiction is harder than the physical. However, now there are claims that CBD assists with defeating the neurological ties to the drug.

How Does CBD Help?

The cannabis family (marijuana, THC, and CBD) are known for their benefits in easing pain, nausea and reducing inflammation. They have also been used to help regulate sleep. Limited research has been performed to determine CBD’s effects on nicotine addiction. However, the studies that have been performed on test rats and current smokers have resulted in positive findings. Rats addicted to nicotine show preference to CBD over nicotine rewards, and humans saw a 40-percent reduction in the number of cigarettes consumed. What the studies have not determined is exactly how CBD works.

Researchers currently believe that CBD subdues symptoms to a manageable level and disrupts normal responses to triggers. The body naturally produces serotonin and dopamine chemicals that make you feel happy. When you smoke, nicotine hijacks these chemicals and replaces them with toxins. Therefore, you begin to believe you need the cigarette to make yourself feel good. The problem with nicotine replacement treatments, such as tobacco free pouches, is you are still putting nicotine in your body. CBD mimics serotonin and dopamine, so you become less dependent on the nicotine, and your body begins producing the chemicals naturally again.

The best way to understand the endocannabinoid system (ECS) is to look at a scenario that many smokers face every day.

Most smokers consume more cigarettes when they drink coffee or alcohol. Signals your body receives are when you consume these beverages; you will not feel good until you light a cigarette. This is why many will start and end their day smoking. They crave nicotine any time they consume coffee or beer.

Now, we take the cigarettes out of the picture and replace them with some form of CBD. The craving for nicotine has not diminished. Instead, you push the CB1 receptors found in cannabis that stimulate the brain to produce serotonin and dopamine naturally. You still feel good, but you do not need the nicotine. Over time, your neurological system is restored.

People working on kicking the habit will not battle as many mood swings when they use CBD as part of the process. They will also sleep better at night and remain focused during the day. Researchers are still performing studies to determine the long-term success of using cannabis. They do say that edibles (such as gummies from vermafarms.com/collections/cbd-gummies) are better than smoking to break the habit. However, it is also recommended that you allow a therapist to help with proper dosage and creating healthy coping skills.

A Look at The Most Popular CBD Intakes