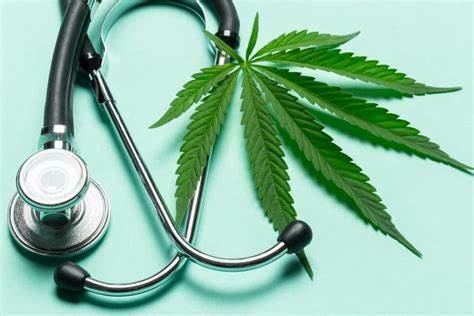 In Canada, medical marijuana users have had no trouble accessing green, leafy forms of treatment, and it’s been that way for over two decades. It all started with the passing of the MMAR – Marijuana Medical Access Regulations – in 2001.

This medical marijuana program gave Canadian patients better access to cannabis, and not just by giving them the option to buy it from medical retailers. With the MMAR, license holders could grow their own medical green from home.

Although the MMAR is no longer in effect, a similar program called the ACMPR has taken over. With the ACMPR, there are similar rules and guidelines for patients seeking medical marijuana treatment, but there are definitely a few differences between the MMAR and ACMPR.

The Evolution of MMAR to ACMPR

Before getting into the effects of the MMAR evolution to the ACMPR, let’s do a quick recap of medical marijuana’s journey in Canada. As mentioned before, medical weed was officially legalized for the first time in 2001 when the government passed the MMAR.

This program was passed because medical marijuana users needed better, easier access to weed. The government agreed that the best way to make that happen was to give patients two options: either buy medical products from licensed retailers or grow their own plants from home.

The MMAR had a good run but eventually ended in 2014. The Canadian federal government made this decision because they felt that citizens were abusing the program and growing illegally (applying and growing from home without an actual medical need).

MMPR: A Bridge Between the Two

In 2014, the MMAR transitioned into the MMPR – Marijuana for Medical Purposes Regulations. This new program still focused on giving patients better access, but it cut out the option to grow from home. With the MMPR, the only option for medical marijuana users was to buy their products from medical retailers.

Obviously, this new rule didn’t go over well, especially for MMAR license holders who were actually growing legally for medical purposes. The court case – Allard v Canada – ruled in favor of growing from home. This case found the new MMPR regulations to infringe on Canadian patients’ rights to reasonable access to medical cannabis.

In Comes the ACMPR

Once the ruling in favor of Allard, it was obvious that some changes needed to be made. So the Canadian government sat down and rewrote the medical marijuana regulations yet again, and these new regulations were passed as the ACMPR – Access to Cannabis for Medical Purposes Regulations.

With the ACMPR, license holders are once again able to grow from home with the additional option of buying from a licensed medical retailer. Although there are some major similarities between the two programs, there are also a few differences that impact Canadians looking for medical cannabis.

3 Major Impacts of the ACMPR

The good news is that most of the changes that have happened during the transition from MMAR to MMPR to ACMPR are good ones. Sure, medical marijuana patients have been impacted, but only in positive ways. There are three major positivities that have come from the ACMPR:

–An easier application process due to stricter plant counts

–Better availability to resources and doctors who approve medical marijuana

Back in 2001, the MMAR application process wasn’t the easiest. Part of the reason was that this program was brand new and it was the first time Canadians had anything like it. Because of its newness, there was a lot of confusion when filling out the paperwork and not many resources out there to help (more on that later).

With the ACMPR, the application process isn’t exactly “easy”, but it’s definitely a lot simpler than the previous process. Some people argue that it’s because the ACMPR has stricter plant limits than the MMAR for growing at home.

Instead of being able to grow thousands of plants from home with the MMAR, the max limits are closer to 500-ish plants for the ACMPR. These lower plant counts mean that Health Canada (the government sector responsible for approving medical licenses) are more willing to approve most applications that come in.

Thanks to the ACMPR, there are no longer any storage limits in place for license holders. So even if a medical grower is only allowed to grow 55 plants, the amount of dried cannabis in storage doesn’t matter. As long as it’s stored properly, you could have 1000+ grams at home ready to use.

Just keep in mind there are still rules on how much you’re allowed to possess in public. For recreational cannabis users, the limit is 30 grams, but for ACMPR members, it’s the lesser of 150 grams or a 30-day supply of dried cannabis in addition to the 30 grams allowed for non-medical purposes.

Better Availability to Resources and Doctors

It goes without saying that cannabis is much more accepted in 2020 than it was in 2001. Even the government agreed that it was time for recreational cannabis to become legal in 2018. Because of this, it’s a lot easier to find resources, cannabis research from the FDA, and even more medical professionals who are totally on board with prescribing medical marijuana.

As you can see, the transition from the MMAR to ACMPR has been a positive one.