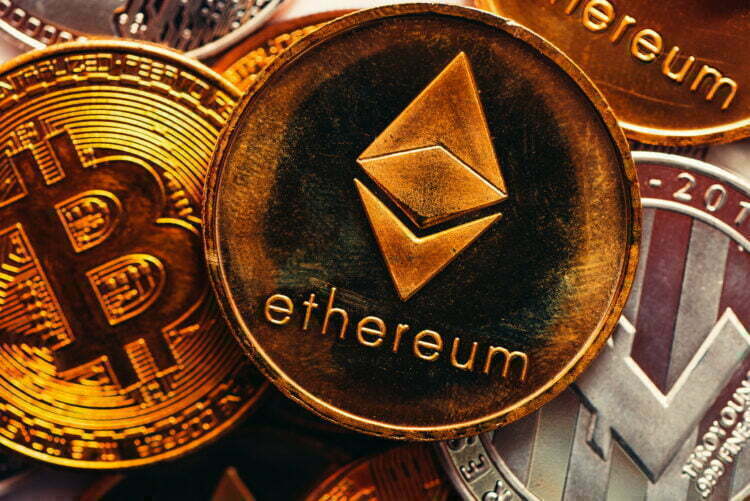 To date, there are 4,000+ Cryptocurrencies. One of the most intriguing and emerging forces in the space is Ethereum.

Cryptocurrency has revolutionized the landscape of money. It is still be a fairly volatile currency but it’s one that’s become more accepted across the globe and in many different industries.

Many people are seeing cryptocurrencies as a great investment opportunity that can help diversify your portfolio even further. Digital currency is widely accessible for all types of investors, so you don’t need hundreds or thousands of dollars to be eligible to invest.

In this article, you’ll learn about one particular cryptocurrency called Ethereum and how you can go about purchasing some for investment.

The cryptocurrency has been growing at a rapid rate and as of January 2021, there were more than 4,000 cryptocurrencies in existence. Ethereum is one of those and is the creation of eight co-founders back in 2015. The individual units of this currency are referred to as an ether.

This cryptocurrency operates through something called blockchain which collects information in a way that makes it difficult or impossible to change. A blockchain is essentially a running receipt of every transaction and computers verify these transactions to secure the data held.

One of the main appeals with using Ethereum is because of the decentralized network it operates on. It means users can exchange money without needing any middle man such as a bank. It, therefore, makes itself a currency that governs itself, rather than having any higher control over it.

Cryptocurrencies like Ethereum can be used for sending money or buying and selling goods. It’s a worthwhile investment to get involved in.

How to Buy Ethereum

Like other investments such as the stock market, the world of cryptocurrency may look complex at first glance. However, it’s easy enough to get started. Assess the risks and how much you want to gamble.

Just like any investment, there’s always going to be a risk. There are different types of investors out there, those that want high-risk investments, those who want the opposite and some who want a mix of both.

It’s important to consider that cryptocurrencies are subject to volatile price fluctuations. As it’s not an official currency and it operates on a decentralized network system, a coin’s value can drop or rise quickly.

The ether as a digital coin has had both significant rises and devastating crashes that have happened in short spaces of time. At one point it was at $4,000 per coin but in the space of a month, dropped to $1,800. It’s the risk you have when it comes to cryptocurrency, so you want to determine how much of a gamble you want to take.

In 2020, Ethereum was getting around 1 million daily transactions and so it’s no surprise that digital currency has become more mainstream.

However, when buying Ether, you do have to sign up to an exchange platform first. It’s not traded on major exchanges like the NYSE.

If you want to get ETH instantly, then you’ll need to create an account on one of the many exchanges available. It’s worth doing your research in order to find the right one that suits your needs.

Once you’ve set up the account, you’ll want to fund your account by connecting a bank account to it. This can be done with most banks and once money has been deposited, you can then start buying digital currencies like Ethereum.

It’s worth noting that even though you may not be buying whole units, it’s still worthwhile to even have 0.001 of Ether. Cryptocurrencies should be seen as a long-term investment that you can cash out later on in life for hopefully a substantial amount more than you put in.

Cryptocurrency is a hot investment opportunity at the moment and so it’s definitely worth exploring. However, just like any investment, it’s important to consider whether it’s the right fit for you and that you’re aware of all the risks that you’re taking.

Natalie Redman natalieannredman92@gmail.com. Freelance writer for many clients across multiple industries. Natalie has two years of copywriting experience. Natalie has a wide range of experience copywriting for web pages for businesses across many industries. She’s also an owner of two blog websites and a Youtube content creator.

Investing as a Beginner: Where to Start

The Digital Payments Market is Heating Up – Players, Mergers and More