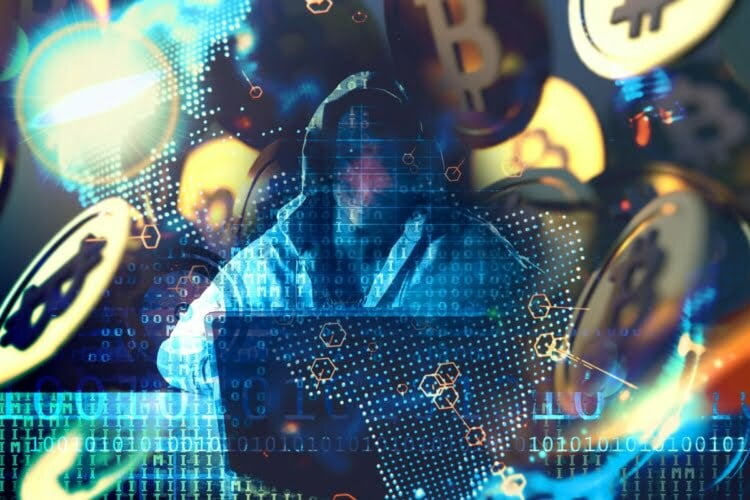 You don’t even need to be involved in cryptocurrencies to become the victim of cryptojacking. This is why it is so important to understand what cryptojacking is.

Many investors choose to avoid Cryptocurrencies such as Bitcoin and Ethereum because of its complexity and the confusion it causes.

If you’re cryptomining, there is a risk that you could fall victim to something known as cryptojacking. The crime of cryptojacking can have negative consequences for you and your device.

However, what’s even more important is that you don’t even need to be involved in cryptocurrencies at all to become the victim of cryptojacking. This is why it is so important that you understand what cryptojacking is, read on to find out.

In order to understand cryptojacking, you must first have a basic understanding of cryptmining. This is a topic that can scare many people because it’s difficult to grasp and understand.

Without getting too in-depth, cryptomining is how new Bitcoins are produced. However, mining is not limited to Bitcoin, other cryptocurrencies can also be mined. Cryptocurrencies such as Bitcoin as part of a system known as the “blockchain”. Bitcoins are made through mining which is the process of verifying transactions. Think of it as printing money in a sense.

Cryptomining is when users lend their device’s processing power and internet connection to the blockchain, allowing it to verify “blocks” of transactions. One block is equal to 1 MB of data, which might not sound like a lot, but there are thousands of blocks that need to be verified on the blockchain. Users are rewarded for mining in the form of Bitcoin.

So essentially, they receive Bitcoin in return for using their device’s processing power to create new Bitcoin. While you can mine crypto from any device, the most efficient way to do it is by buying expensive special hardware that will mine Bitcoin for you.

Many people aren’t willing to buy this hardware and this is where cryptojacking comes in. Cryptominers will use someone else’s device to mine Bitcoin for them. You might think that your device is not powerful enough to mine cryptocurrencies, however, there are many others that, unlike Bitcoin, can be mined using any CPU.

Remember, cryptojacking is when someone illegally uses your device to mine crypto for themselves. There are two main ways that cybercriminals are able to get hold of your computer’s processing power to use cryptojacking to their advantage:

Why is cryptojacking dangerous for me?

Cryptojacking will have a negative impact on you because your device will be mining crypto, which will make your hardware slower than usual. You’ll also have someone on your device without your knowledge, which is not only an invasion of privacy but also a risk of having your data stolen.

Here are some red flags to watch out for if you suspect that you have become the victim of cryptojacking;

● Slower hardware performance – cryptomining uses a lot of processing power and it can cause your hardware to become slower. Although a slower device can be an indication of cryptojacking, it might not necessarily be the case as devices can slow down with age or other forms of malicious software.
● Check your task manager – the task manager on your device will show you if there are any programs running in the background of your device. If there is one that you don’t recognize, you can stop it from running as well.
● Check your browser icon – if you have a cryptojacker on your device, you may notice that the browser remains open even after you have closed it.
● Check your electricity bill – Since cryptomining uses your device consistently and your device is working harder, it will also be using more electricity. If your electricity bill is higher than usual, it could be a sign that you are the victim of cryptojacking.

How to Prevent Cryptojacking

Since cryptojacking can be difficult to identify on your device, you must ensure that you are taking the necessary steps to prevent becoming a victim of this crime in the first place. Prevention is the best form of protection.

However, antivirus software alone is not enough to prevent cryptojacking. You must avoid becoming the victim of phishing attacks. The most common cryptojacking events occur through open tabs on your browser which are normally reached through malicious links phishing emails. You should always avoid clicking on links in emails that you don’t recognize as these can lead to cryptojacking scripts or other forms of malware being installed on your device.

Zero-Trust Security Framework: Why Adopt It for a Safer IT Ecosystem?
Tags: antivirusbestBitcoincasecryptocryptocurrenciesCryptojackingcybersecuritydatadeviceselectricityhackersinvestorsmalwaremanagerpowerwhat is Cryptojacking
ADVERTISEMENT

Zero-Trust Security Framework: Why Adopt It for a Safer IT Ecosystem?