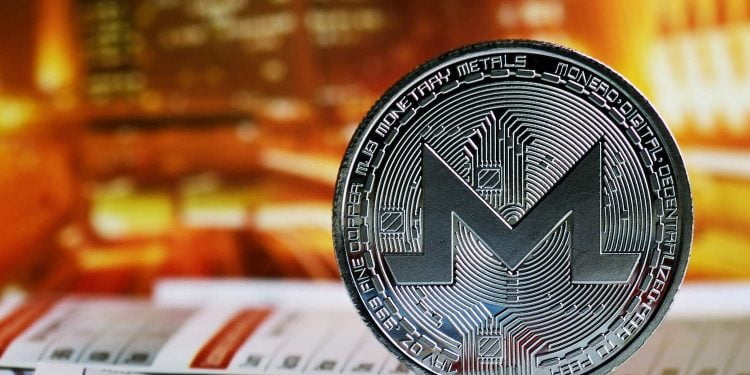 Even today, not many cryptocurrencies—if any at all—guarantee the same level of privacy that Monero.

The world was mostly skeptical about cryptocurrencies back when they were still in their early stages of development and utility, but these mediums of exchange have since been accepted and adopted in more and more applications in recent time. However, this also quickly raised concerns about the security and privacy of earlier cryptocurrencies, which have now become the most popular on the market.

Even today, not many cryptocurrencies—if any at all—guarantee the same level of privacy that Monero does, and as it is, there are already thousands of cryptos circulating in the market. This is more than enough reason to use and invest in Monero over the others, but many people may still be hesitant to begin adding funds to their Monero wallet.

For those who are still on the fence on where to invest, here are just some of the reasons why Monero can be an ideal option.

Cryptocurrency Is the Future

This reason is not specific to Monero, but it is nevertheless the spirit behind the creation of it, as with all cryptocurrencies. All these coins serve to decentralize financial transactions and to create an equitable global monetary system.

Investing in Monero means investing in the future with your own choice of currency. This supports altcoins like Monero, helping to build their platform and their credibility around the world. Using Monero and other such cryptocurrencies also speeds up the process by which the world transitions to digital currencies as the main mediums of exchange, consequently increasing their value in the present as well.

Monero Is Rapidly Growing in Value

Most new altcoins do not succeed so easily, but after being launched in 2017, Monero’s value rose quickly from $13 in January to $470 by December of that same year. Of course, the crypto market is volatile, which is why these values quickly sink and rise in succession, but over the long-term, Monero has consistently grown since its launch.

Today, Monero remains among the top fifty cryptocurrencies in the world among over six thousand altcoins and counting. This makes it both a solid and a relatively safe investment versus the riskier coins with lower market caps.

Monero Is Backed by Advanced Technology

To the average person, it might be difficult to discern any obvious differences between altcoins beyond their current market values, but Monero is actually different due to how it was created. It uses an entirely novel codebase for the sake of security built into the coin rather than as an add-on. This sets the coin apart from the rest for how it functions fundamentally as a digital currency.

Although this used to give it the reputation of having few compatible wallets, options have multiplied as of late, and this allows the community of users to grow, thereby increasing its value. Furthermore, these updates can bring about more useful and intangible features that will improve the coin with time.

Monero’s Code and Protocol Are Open-source

As mentioned earlier, Monero is decentralized, which means that no individual, group, or entity is solely in charge of managing the coin. Anyone in the world has access to the code and protocol of Monero for absolute transparency on how it works, especially with respect to users. This opens it up to a growing community of enthusiastic people on which this altcoin thrives.

In essence, Monero is dependent on its community of users for maintenance and improvement. The open-source code provides users the opportunity to suggest and to work on performative improvements, bug fixes, and any new features that would push the cryptocurrency further ahead on the market.

Monero Is Private and Secure

The technological features of Monero all have to do with its commitment to secure, untraceable transactions whenever it is used. The reason that the coin was built from scratch was so that user anonymity was built into the protocol of the currency.

In addition, this means that any unscrupulous individuals or groups cannot hack, intrude, or steal Monero in the same ways that can be done to even the most popular cryptocurrencies. Furthermore, all attempts to figure out a method to do so are hampered by the active Monero community that regularly updates the protocol of the coin for security.

Nevertheless, any investor should still be critical of where they place their money. They are responsible for any unforeseen consequences of their investment and potential losses. Because of this, it’s important, first of all, that the money used for this investment comes from expendable funds rather than personal allocations for basic life necessities.

Cryptocurrency is such a volatile and unpredictable market, so even the most trustworthy market forecasts are not guaranteed to come to pass. In this case, it is more important to invest in what the cryptocurrency itself promises and stands for, which for Monero, is a dedication to privacy. More than anything, investing in Monero is to support a future paradigm where the finance sector is more focused on each person’s security.

Top 5 Benefits of Using Bitcoin As A Payment System in Your Business
Tags: Advancedcommunitycryptocryptocurrenciescryptocurrencydevelopmentfinancefinancialimproveinvestinginvestmentinvestorrisesafe investmenttransparencyvalue
ADVERTISEMENT