Cryptocurrency company has spread to thousands of more locations in 25 states and 50 major cities, including Chicago, Los Angeles and Philadelphia.

Cryptocurrency. Is it a risky volatile asset or a clever business investment?

Sonny Meraban is betting on the latter and so far his bet is paying off.

Meraban is the CEO of Chicago-based Bitcoin of America. His company owns and operates Bitcoin ATMs and has been growing steadily for the past six years. His machines are now in close to a thousand locations — convenience stores and gas stations — in 25 states and 50 major cities, including Chicago, Los Angeles and Philadelphia.

California alone has 125+ Bitcoin of America ATMs. Meraban says he’s only had to pull out about 20 underperforming machines so far.

“We’re still growing, and we still have a long way to go,” says Meraban, adding that he wants to get into as many gas stations in as many populated cities as possible.

“Cash for crypto. It’s not going away. It’s here to stay.”

Cryptocurrency, Bitcoin in particular, has being making enormous mainstream news lately, reaching its all-time-high price of more than $50,000 in February only to come back down and back up to almost the same level this month.

The decentralized digital currency is powered by blockchain and eliminates the need to use a bank for transactions. Enthusiasts see it as a valid payment and investment option while skeptics warn that it’s just a market bubble.

Although it’s not widely used for payments, some major companies, including Tesla, Microsoft and PayPal have gotten onboard, putting Bitcoin even more in a bull run. Even Elon Musk, the CEO of Tesla, announced a purchase of $1.5 billion worth of Bitcoin in February.

“Is it good for business? Yeah, it’s good for that day,” Meraban says. “Is it great we have his support. The more people start adapting it, the better it’s going to be for companies like us and for the adoption of crypto.”

On the other hand, Microsoft Founder Bill Gates was quoted in Newsweek earlier this month warning investors who are not billionaires and don’t have as much money to spare to be careful about putting their money in Bitcoin.

“Of course, he’s going to say that because all his money is in U.S. dollars,” Meraban says with a laugh. 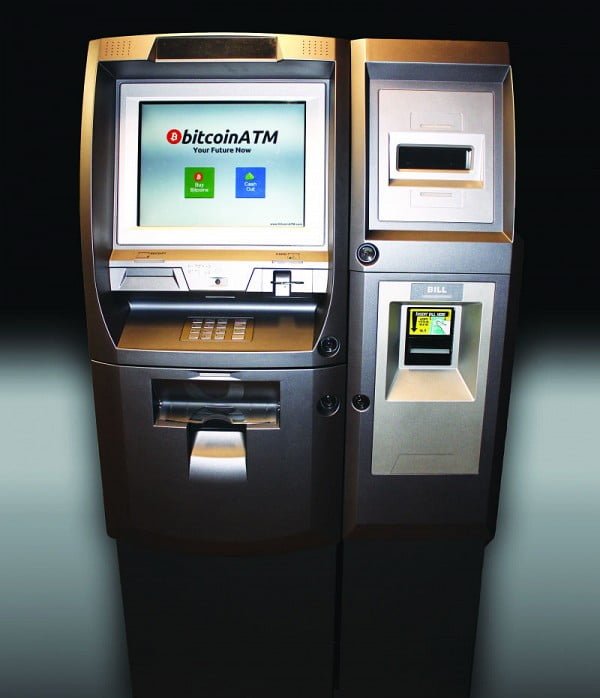 Meraban isn’t concerned about critics, nor is he trying to convince anyone to buy Bitcoin. He’s simply offering a service registered with the United States Department of Treasury to those who are interested. He does advise that they educate themselves on security aspects of the process, the same way they would with a bank account or a credit card.

A Bitcoin ATM allows customers to pay for cryptocurrency with cash for a fee – “a fast, safe, secure exchange,” Meraban says. Depending on the location, store owners get a monthly fee from $300 to $1,200 for the use of their space.

The average transaction is about $800, up from the previous average of $150. The company also has tablets for smaller businesses and offers online transactions (recommended for large amounts because of lower fees), but ATMs are its most popular option, according to the CEO.

Even the pandemic hasn’t slowed things down for Bitcoin of America since gas stations and convenience stores are considered essential businesses and have remained open. “Every store that was open, our sales went up,” he says.

Bitcoin is gaining wider appeal even as Meraban can’t pinpoint a specific profile of his customer. He does think decentralization and transparency are at the core of the attraction.

“We have half a million customers in the database. It’s a melting pot of customers. Our customers are anybody and everybody.” — Sonny Meraban, CEO, Bitcoin of America

Meraban got into the Bitcoin business after selling supplements online. He had a hard time finding a processor for payments, so he started using cryptocurrency and over time he learned more and more about it before making it his new venture. He spent the first two years getting a solid grasp of the cash logistics, compliance, licensing, the law and all the other operational details.

No one knows for sure what the future holds for Bitcoin, but Meraban predicts some of the ATM operators will merge although it’s not something he’s considering at the moment.

“When I see companies like Tesla and all these other companies buy crypto, it clearly illustrates that something big is happening here,” he says.

You can also buy Bitcoin and Crypto in New York.

There could of course be a government crackdown, but he’s not worried it would take him out of business.

“We just have to follow the laws and regulations,” he says. “It’s all about knowing your customer too. They just want to know who they’re dealing with. Crypto operators, the top tier, have amazing compliance — even some banks do not have compliance like we do because it’s crypto. We’re obviously watched more and are heavily regulated more than banks.”

What implications has Bitcoin had on Ghana's meat industry?

What implications has Bitcoin had on Ghana's meat industry?