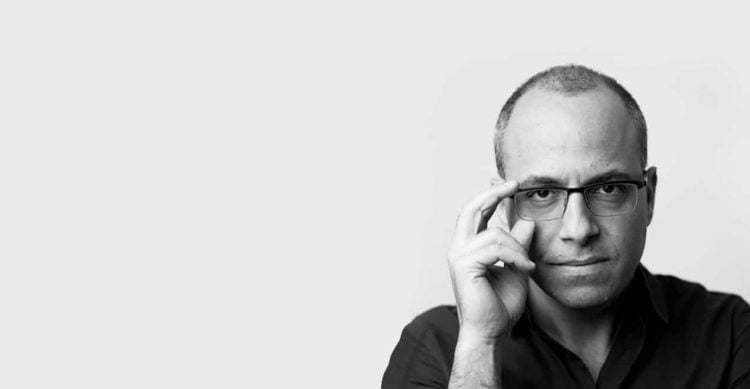 Saad Mouasher, chairman of the Board of Jordan’s Ahli Bank

Shared Prosperity Organizations are essential to driving the way for the world to move forward for humanity, the global economy and the environment.

Saad Mouasher, chairman of the Board of Jordan’s Ahli Bank, contends that the world is both in its best position in history and in many ways, faces its biggest challenges.

Whether you agree or disagree, one thing is becoming shockingly clear: our status quo is unsustainable. And this is not just in human or economic terms but environmental, as evidenced by the United Nation’s eye-opening report from the Intergovernmental Panel on Climate Change (IPCC), released August 9, 2021.

Mouasher has a bachelor’s in Economics from Northwestern University and his MBA from Stanford University Graduate School of Business. He rose through the ranks of Ahli, Jordan’s oldest bank, over 15 years and was named Chairman of the Board in 2017.

Under his leadership, the bank has spearheaded progressive initiatives, including its Shared Prosperity Organization strategy and its Governance @ The Heart initiative.

In 2020, the bank made the Fortune’s Change the World list and was the first MENA (Middle East & North Africa)-based organization to ever make it since they started the list in 2015.

“We’re also one of the smallest on the list,” he says. Other names on the list are massive organizations such as Microsoft, Alibaba, Alphabet “and there we are along with the biggest companies in the world.

Ahli Bank established the Shared Prosperity Organization (SPO) framework as one of its key strategic pillars in 2017. “Shared Prosperity” is defined as, “when everyone contributes to and benefits from economic, social and environmental value creation and meaningful progress toward social equity, access to knowledge opportunity and economic growth.”

“I care deeply about building a good society,” Mouasher says. “This is something I’m unusually passionate about. I accepted the board leadership role precisely because I was getting the opportunity to do that. It’s a huge strategic and business transformation for the organization and we’re doing it in a nontraditional way.”

Mouasher uses a keynote presentation to illustrate how he sees the world’s realities, potential, and greatest challenges.

“I’m a huge fan of Dr. Peter Diamandis and his book, ‘Abundance – the future is better than you think,’ he says. “He talks about how, contrary to what you hear from ‘shock jocks’ out there, we are not going into a period of despair, but we are living in a period of abundance of resources for humanity. If you were to ignore all the negativity and look at the big picture, things have never looked better.”

Graphs from Diamandis’ book show, for example, the percentage of extreme poverty worldwide has dropped since early 20th century. The literacy rate has never been higher. The child mortality rate for children under five is at its lowest. The maternal mortality rates are effectively going to zero, globally. Life expectancy is higher than ever.

“The fertility rate is dropping almost to replacement fertility rate, which is healthy for the world because of overpopulation,” Mouasher says. “Even things like automobile and plane deaths and deaths from natural disasters or catastrophes are way down. Worldwide battle deaths are a fraction of what they were. Even military expenditures relative to GDP are dropping. So, in that respect, you can think of the world as demilitarizing.”

With technology rising, more people have access to knowledge than ever before. Mouasher says the technologies on the horizon have the potential to affect the world exponentially. These are: cloud computing, sensor and networks, robotics, 3D printing, synthetic biology, digital medicine, nano materials and AI.

“It’s not just one that is exponential, but the collision between two and three and four of these technologies can have miraculous results for the world,” he says. “However – and there’s always a ‘however’ – in an age of growing abundance, why does the world feel so unhinged and moving in the wrong direction?”

“Labor’s share of income is falling and capital’s share of income is rising. If you look at the OEDC research, it’s dramatic and happening worldwide. Until 1970s, the rate of growth and income was similar. Around the ’70s, the top five percent started growing substantially creating a bifurcation of income levels, authority and influence. It’s not sustainable. In the United States, the top 10 percent controls 85 percent of everything. The bottom half controls probably minus-two percent when you factor in debt.” — Saad Mouasher

Mouasher shows a chart that illustrates how many generations it takes for individuals born into the bottom 10 percent of income in a society to achieve median-income status. In the UK and U.S., it’s five generations. In Columbia, it is 11 generations. Scandinavian countries fare the best at two to three.

“Knowing this, how do we go forward and build ‘the good society’? One thing we cannot do is continue with business as usual,” he says. “We need to go back to the drawing board. We must do things differently. It’s time to rally the troops and truly fix this.”

He put forth the objective at Ahli Bank to come up with a solution and its teams worked on it for a year and a half. They focused on three pillars: sustainable economic growth, social equity, which includes income mobility, diversity and inclusion, meritocracy, good governance and citizenship. The third is education and knowledge transfer.

“We asked how we can help humanity develop a growth model and instill a growth mindset, using the exponential tools, innovation, relevant skills, and labor productivity,” he says. “Also, we need to continue to educate in the humanities because we cannot lose sight of what it means to be human, especially with AI and machine learning on the rise.”

CBJ article on Saad Mouasher, chairman of the Board of Jordan’s Ahli Bank

Mouasher and his team have determined who is in the best position to implement these changes by determining where the resources lie. They broke it down by total revenue by stakeholder. In the U.S., the results were:

“The vast majority of the resources are with the corporations,” he says. “Change the way corporations operate and you can change the world.”

The model of a Shared Prosperity Organization Ahli created happens when everyone contributes value and receives value towards meaningful progress.

He compares this to the long-believed, but now largely unproven Milton Friedman model that says, “Don’t worry about the stakeholders. If you take care of your shareholders, everyone will benefit,” which is at the core of trickle-down economics.

“But we flip this upside down and say, ‘Take care of your stakeholders and everyone will benefit, including shareholders, and this has been observed around the world – shareholders will still benefit, but not to the exclusion of everyone else,’” he says. “Thinking about the shareholder only is short-termism and you won’t do what’s right for the environment or employees, resulting in high turnover. If you think medium to long-term and you focus on all stakeholders, you will still increase shareholder value.”

Banking and financial services are industries where SPOs can be incredibly effective because the amount of 40 percent of unbanked and underbanked worldwide makes it all but impossible for a huge percentage of the population to ever achieve financial equity.

“What if we, in banking, changed our approach? Instead of comparing two loan candidates by their risk levels alone, what if we factored in what they were going to do with the money? For instance, I have two loan applicants asking for $10 million,” he says. “In traditional banking, I’d give it to the one who presents the least risk, but if they’re comparable risk and one is going use the money to employ 5,000 people in an underserved area and the other will create only two jobs, I can factor in SPO pillars to calculate that the $10 million I give to one candidate will do the most good.

“Imagine if all banks would operate this way, the socioeconomic renaissance that could occur,” he says. “Corporations can’t stand idly by as the world changes. They have the resources and they need to take a stand and say, “I want to help create those 5,000 jobs. Because if we don’t help create them, society will deteriorate, and there will be more poverty, higher crime, etc. We can help stop that cycle.”

5 Ways to Maximize Your Business Value

Future-Proofing State Infrastructure with the Power of Fiber Internet

5 Ways to Maximize Your Business Value

Future-Proofing State Infrastructure with the Power of Fiber Internet