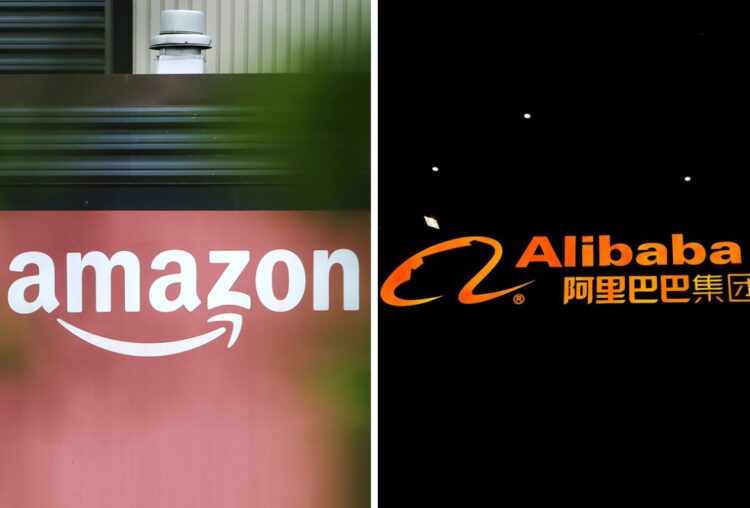 While both are continuously competing to be the world’s undisputed e-commerce leader, time will tell how the race ends.

In today’s world, most consumers find it convenient to purchase their goods online. This is what has led to the tremendous growth of e-commerce markets. You can order any product online and have it shipped to your premises within the shortest time possible. For that reason, most companies can satisfy consumers’ want for instant gratification, improving the chance of a repeat sale. The combination of brick-and-mortar locations with online storefronts is proving to satisfy customers needs..

However, two notable e-commerce giants have operated through an online presence alone and now dominate the e-commerce marketplace. Of course, we are talking about Amazon (AMZN) and Alibaba (BABA). While the two e-commerce giants are both e-commerce companies, when evaluated keenly, their business models differ hugely. For instance, Amazon dominates massively in both new and used products while Alibaba acts essentially as a middleman for connecting buyers and sellers.

So, have you wondered how Amazon and Alibaba compare to each other?

When it comes to revenue generation, Amazon is undisputed. As a matter of fact, during the second quarter of 2020, Amazon’s revenue was $88.91 billion against Alibaba’s $22.22 billion. Take a look at this overview comparing the two companies by Compare The Market to get the actual figures as of 2019. Amazon is also bigger in terms of the employee base, but the global penetration of both companies tends to be similar.

However, despite the differing revenues, statistics predict that Alibaba might catch up with Amazon in a few years. This is because Alibaba has been achieving consistent growth in revenue as compared to Amazon.

Both Amazon and Alibaba’s business models are to connect consumers and merchants. However, since they both operate in different market environments, they apply distinctive methods of executing their business models. When it comes to core business revenue, including online and physical stores, third-party seller services, advertising, and subscription services, Amazon is the undisputed champion. Additionally, Amazon operates as a single business unit providing an efficient and outstanding reputation in pricing, delivery, and customer support.

On the other hand, Alibaba connects buyers and sellers online which is facilitated via its extensive e-commerce systems. When talking about core commerce, digital media, entertainment, and innovation initiatives, Alibaba is the king.

3. Amazon Vs Alibaba: Which Company Has More Potential for Expansion?

To begin with, most of Alibaba’s income is generated from eCommerce sales within China while a significantly higher percentage of Amazon’s revenue comes from outside the U.S. To counter, Alibaba is also significantly increasing its international expansion. Alibaba is even trying to reclaim some market share, benefiting U.S.-based sellers by introducing new platform features tailor-made for them.

4. Amazon Vs Alibaba: Which Company Is More Profitable?

As earlier discovered, Alibaba’s business model is to move products while Amazon earns more from sales. In that regard, Alibaba makes a lot more money in terms of profits. In fact, according to Forbes, Alibaba’s profit margins dominate the e-commerce industry as compared to Amazon’s. However, Amazon tends to generate more revenue per share stock value as mentioned earlier.

Amazon and Alibaba are the world’s leading e-commerce markets regardless of their distinctive business models. While both are continuously competing to be the world’s undisputed e-commerce leader, only time will tell how the race ends. Nonetheless, Amazon tends to still command a greater following considering that it has been around for longer.

Buying on Amazon is effortless. How about selling on it? That’s a much different story

How Easy is it to Set Up an E-Commerce Store

What Is an MPN Number and How to Improve Your Sales by Specifying It?

Buying on Amazon is effortless. How about selling on it? That’s a much different story

What Is an MPN Number and How to Improve Your Sales by Specifying It?

How Easy is it to Set Up an E-Commerce Store