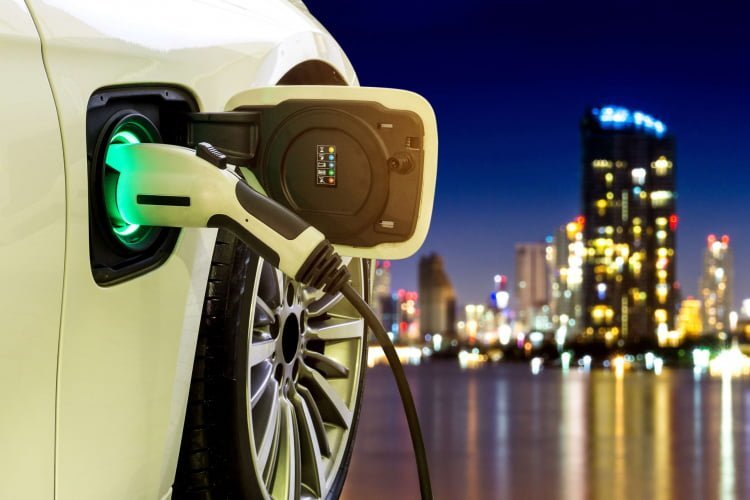 As a teenager, EVCS CEO Gustavo Occhiuzzo retrofitted a taxi into an alternative fuel-powered vehicle, paving a path that sees him today making more clean-energy history.

Charging the changing face of West Coast roads, L.A.-based EVCS is plugged-in to the burgeoning transition to electric cars.

Founded in 2018, EVCS has taken the pole position in electric car charger placement across the City of Angeles, the nation’s leading city for zero-emission vehicles.

Predated by the 2014 founding of sister company, Green Commuter, the rise of EVCS follows its co-founder’s career geared in the fast lane of zero-emission vehicles.

A native of Argentina, EVCS’s CEO Gustavo Occhiuzzo dates his zero-emission auto interests to his 18-year-old self, when he retrofitted a taxi into an alternative fuel-powered vehicle.  After moving to the U.S. in his early 20’s, Occhiuzzo endeavored the landscape business, which he credits to learning his way around municipalities and government contracts.

“But I wasn’t really challenged,” Occhiuzzo reflects.  “Yes, we were doing quite well financially, but I didn’t feel I was doing something beneficial for the planet.”

“We had customers who wanted our electric vehicles on-site, but they didn’t have the chargers,” he recalls.  “So that kind of forced us in a way to get involved in the infrastructure side of the business.”

Relying on his knowledge of procuring equipment via government grants and rebates, the CEO studied the gap between the growing number of L.A.’s electric cars, in contrast with a death of existing charging stations in the city.

The move to found EVCS (evcs.com) in 2018 was both wise and timely.

In the fall of 2020, California Governor Gavin Newsom issued an executive order requiring sales of all new passenger vehicles within the state to be zero-emission by 2035.  Along a timeline similar and subsequent, leading automakers General Motors, Volvo and Jaguar have all made commitments to phase out their gas-powered cars in the next 15, ten and five years, respectively.  A New York Times‘ piece from March of 2021 revealed that, by 2035, a quarter of all new car sales would be represented by EVs.

The movement found further momentum following the 2020 general election, considering that the new White House administration looks to promote the EV trend with a fresh round of tax incentives for buyers.

Being located at the nation’s EV epicenter appears to only enhance the presence of EVCS.

California has almost half of the electric cars driven in the country, though, as recently as three years’ ago (excluding Tesla charging stations) Los Angeles had only 63 fast charging stations; in the last 12 months, EVCS more than doubled the presence, installing 66 more within the city.

The company’s California presence is further seen as EVCS is the largest charger provider in Fresno, and one of the largest in Sacramento.

Charger placements are far from random. With one EVCS arm working to secure funding, grants and rebates, the company’s other extremity is continually engaging with charger site hosts, which range from stores, gyms, restaurants, movie theaters, malls, hotels, municipalities, schools and beyond.

To hone-in on site prospects, EVCS partners with “site scouts” to study succinct value propositions for both sides of the agreement. And a genuine value it is.  Inverse to other companies in its industry, EVCS works with a no-cost, turnkey installation method.

“For the site hosts, we’re able to remove the obstacles of entry. We take care of everything, from securing the funds, purchasing the equipment, designing the site, the engineering and construction.  And then, after we install the charging stations, we maintain and operate the units, handling the vast majority of the cases at no cost to the site host.” — EVCS CEO Gustavo Occhiuzzo

Site hosts receive free publicity via the PlugShare mobile app, along with profit-sharing and, at end of term, the site host becomes owner of the charging station. According to Occhiuzzo, businesses need to both recognize and support the EV trend.

“It puts pressure on infrastructure; people need to support this transition,” he says.  “And for drivers of electric cars, this is becoming more of a need than simply a want.  People who go to hotels, for example, myself included: make sure there are charging stations available, because we want to charge our EVs overnight and have a full charge to hit the road the following morning.  It’s become a necessary amenity for site hosts to provide for customers.” 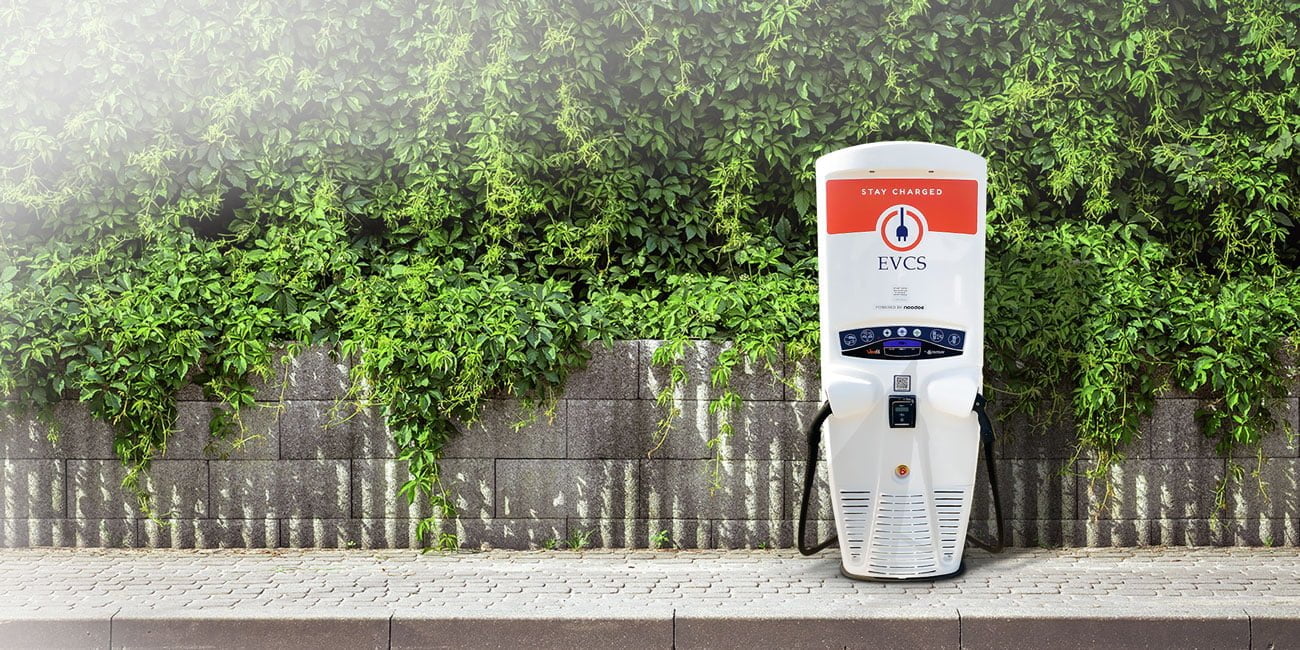 Further exampling the benefit of an on-site charger, Occhiuzzo continues: “It also creates an increase in foot traffic.  Say you go to a shopping center.  There are two types of people who will use the charging station.  There are the people whose destination wasn’t the shopping center, but rather they went there to charge their vehicle – but during that time, they’ll shop around.  That’s a new customer that the shopping center wouldn’t have, if not for the charging station.”

The equation is two-sided. “Then there’s the customer who was already going to the shopping center in the first place, and now has the option to re-charge the vehicle while shopping,” he adds.  “So, it becomes an added amenity.  The guest can now do two things at the same time, which saves them time.”

Presently, EVCS sports 1,128 total chargers across 181 locations, including 125 locations in California.  The additional 56 locations are part of the company’s ’20 acquisition of the West Coast Electric Highway, with 88 chargers in Oregon and a 24  in Washington.

Such growth, says the CEO, isn’t simply a measure of general EV interest, tax rebates or consumer trends.  Rather, the year of COVID had also enhanced the public’s consciousness of how personal lifestyles have bearing on the air we all share.

“If you look at the spring of 2020, when we were all really locked down, we were able to greatly measure, to have all this proof, of how the air quality improved when the transportation sector almost came to a halt. Zero emission vehicles have the same environmental effect. It opened the eyes of a lot of people, engaged a lot of people,” Occhiuzzo concludes. “During the pandemic, people have had more time to think about our roles in the planet, and our own reference points of how we move around.  From conservation to environment, yes, I think many people have taken greater scope of these concepts.”