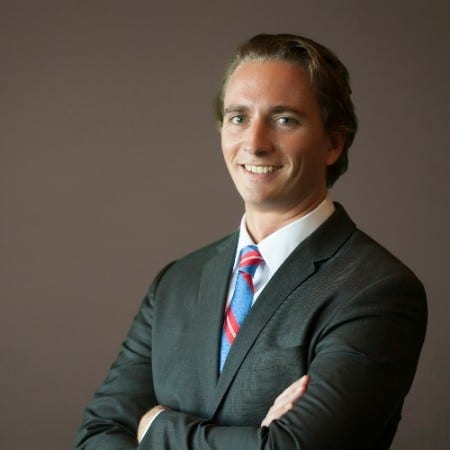 For today’s companies and institutions, affordable, versatile, and sustainable energy solutions can be a game-changer in corporate innovation, financial health, and social responsibility.

Thanks to a contract from Pacific Gas and Electric Company (PG&E) to provide 40 megawatt hours (MWh) of battery storage capacity for commercial and institutional customers from Redding to Bakersfield, Calif., EDF Renewables is making the energy transformation of the future today’s reality for some of the Golden State’s leading employers, including Silicon Valley tech giants.

Michael Robinson of EDF Renewables in San Diego, says that due to the award from PG&E, the company is able to provide the electrical grid with services to reduce overall demand, as well as solutions for cost reductions at each individual facility. This revenue stream allows for reduced costs for each host customer.

“Battery energy storage is an economically viable solution for demand-charge management – that is, managing facility energy consumption on a 15-minute basis throughout the day – to reduce utility demand charges,” Robinson says.

These charges, which are based on the highest quarter-hour of energy consumption within a month, are a major component of energy commodity costs for major users.

Customers using this storage solution typically have facilities of at least 100,000 square feet and operate under a single meter. Eligible institutions include light industry, hospitals, schools, universities, and office parks. Interested establishments can reach out to Robinson or their PG&E representative to participate.

EDF’s energy generation and management solutions are particularly relevant in light of new regulations from PG&E and San Diego Gas & Electric, which is shifting its highest retail energy rates to the late afternoon to more accurately reflect the times of more expensive power on the electrical grid’s wholesale market. This will make storage an increasingly viable option, giving the flexibility of when to consume or discharge power.

“This is a great opportunity for customers who are further inland because the battery can reduce the energy costs resulting from air conditioning energy consumption in the late afternoons, which is when many large office parks have their maximum consumption and so set demand charges for their month,” Robinson says.

Reducing the carbon footprint is a significant component of many organizational environmental stewardship campaigns and EDF Renewables has emerged as a genuine leader in helping businesses do their part to combat climate change.

“There is a well-known relationship between renewable energy generation and reducing dependence on fossil fuels,” Robinson says. “EDF Renewables has made a concerted effort to develop renewable energy projects in which 87% of generation in our worldwide fleet is without CO2 emissions.” In the U.S., Canada and Mexico alone, the company has provided more than eight gigawatts of sustainable energy.

“Batteries are the next step in the energy industry,” he adds. “They provide flexibility in managing the other assets that a business might have at its facility already. This is a more holistic solution that can optimize operations.” 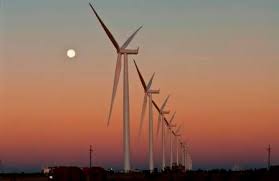 EDF Renewables is looking ahead to the future revolution in energy – electric vehicles (EVs), which are anticipated to have a strong presence in California in years to come. Robinson envisions a future in which employees will charge their EVs in their company parking lot as they work.

“EVs will create a large bump in energy consumption, particularly if they are charged simultaneously at a given location, so managing this fleet will become a large priority in the future. I believe batteries will assist in integrating a sustainable solution,” Robinson says.

In anticipation, EDF Renewables has made a major investment in vehicle-to-grid charging platforms, which currently lack a market but are expected to be a major player in the future. The company is developing smart-charging infrastructure, in which the charging of EVs does not increase facility demand charges. “The parking lot is becoming its own energy ecosystem,” Robinson says.

While EDF Renewables has been a leader in wind and solar energy for more than a quarter-century, the French company that has operations on five continents has recently gained a reputation in the private sector as a financially-stable company, recently working with such corporate giants as Google, Sales Force, Yahoo and Procter & Gamble. With a business model based on power purchase agreements, EDF Renewables finances its own projects and then gets paid back during the performance of the system, which ensures that the company’s motivations dovetail with client needs. 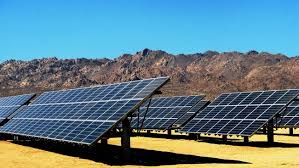 According to the U.S. Department of Labor, renewable energy is also a major employment growth area in the American economy. Robinson says operations and maintenance, as well as technical support, are major workforce growth areas at EDF Renewables. His personal commitment to a renewable energy career path grew out of witnessing the environmental challenges in the developing economies of Southeast Asia firsthand.

“I saw the impacts of fossil fuels and dirty fuels generally. Pollution is much more evident there. Walking down the street, it is just in your face,” he says. “I started in solar energy and liked the distributed generation aspect of solar. The ability of solar to be installed in remote communities and provide power inspired me to get involved in this field.”