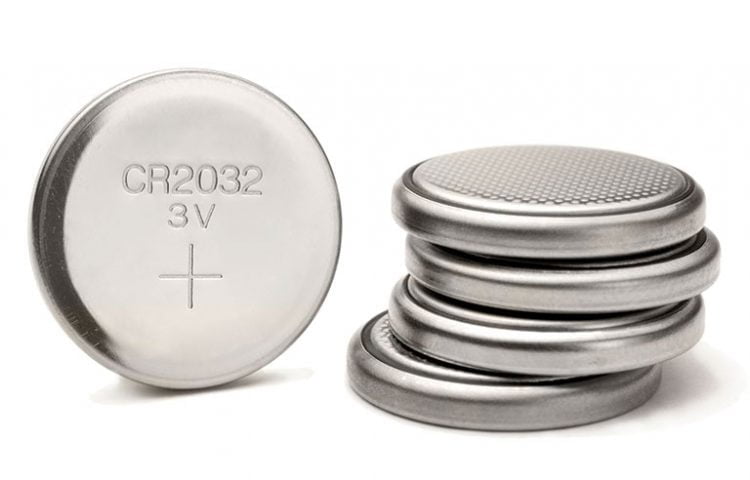 How important is this innovation? Experts estimate that it will take 40 years to net zero emissions.

Dr. Yige “Mira” Li was researching her Ph.D. in Materials Science and Engineering at the University of California at Riverside when she came across information about the rapid depletion of global resources.

“I was shocked to realize that oil and natural gas are going to run out in 50 years,” she says. “I knew our use of these has accelerated global warming and carbon dioxide levels have nearly doubled since the 1850s.  That has caused species extinctions, the rising of seas, flooding, and a dramatic increase in wildfires and other natural disasters. Our best current efforts will take 40 years to get us to net zero emissions. I decided to use my expertise to do something meaningful to get us there faster.”

In February 2020, Li incorporated Irvine-based IQHi Inc. which has created software that can help developers of lithium battery products speed up innovation. It saves about 90% of engineering data analysis time, saving 20% in the overall process. These are used in everything from cell phones and laptops to electric vehicles and solar panels, allowing them to not only come to market quicker with improved performance, but to offer better warranties.

The 2019 Nobel Prize in chemistry was awarded to three scientists to who developed the lithium-ion battery, which was commercialized by Sony Corp. in 1991. Lithium weighs far less than other metals that have been used in batteries and has the most electrochemical potential.

Li, 25, has committed another 10 years of her life to achieve her goal of shortening the net zero date by five years.

“If you don’t have ambitious goals, then you will likely fall far short of what you really need to do to make a difference, whether individually, as a company, or nation,” she says.

Li grew up in Henan province in the middle of China. She earned a B.S. in Applied Physics from Central South University, Changsha, Hunan China. She earned her Master’s and PhD degree — at age 24 — in Materials Science & Engineering from UC Riverside.

“We can help drive the transition away from using fossil fuels in vehicles and electricity-generating systems by greatly increasing their battery capacity,” she says. “There is a lot of room for improvement in batteries for high tech devices, as well, and we could also slow the natural degradation of all batteries the longer they are used. But we also need to apply more of the research to improve the recycling of battery materials.”

IQHi, which stands for welcoming the collaboration of artificial and human intelligence to aim for high goals, is targeting U.S. original equipment manufacturers in three verticals: electric vehicles, electrical utilities, and solar storage, all of which are growing fast, in part because of government incentives.

“I have listened to presentations from Honda, Nissan, Ford, and some of the other major vehicle manufacturers and they anticipate a seven-fold increase in EV sales over the next decades. The City of Los Angeles is hosting the Olympic Games in 2028 and aims by then to have 80% of vehicles being sold be electric and 40% of those on the road.” — Dr. Yige “Mira” Li

A fully-charged new EV can go 300 miles, a big improvement over just a few years ago, and Li says battery capacity could easily be tripled in the near future. At the same time, there is still a need to expand the recharging station networks while so many older models remain in use. But Shell and other oil companies are already thinking about adapting their gas stations to serve the emerging market.

IQHi is beta testing its software and expects to sign up its first three customers next year, then to expand into a variety of industries and beyond the U.S. Li, her family, and friends have funded the company so far and she has three full-time employees.

“We hope to qualify for our first round of funding early next year and we’ve been working our networks, especially through UC Irvine, but investors are harder to reach during the COVID crisis and talking online is not as effective as meeting in person,” she says. “For startups, financing your dreams in the beginning can be like trying to get through Death Valley on foot.”

–Always be ethical because if you try to take shortcuts, you will be judged untrustworthy.

–Identify the primary challenges, figure out the reasons for them, and come up with possible solutions, “being flexible, creative, and innovative, since your initial ideas may not be the best ones.”

–Focus on constant learning very fast because you have limited time to get your project off the ground before others will judge that it isn’t going to happen.

–Become decisive, including making hard decisions that are the best way to move forward.

–Find ways to keep yourself calm while handling lots of pressure.

–Study ways to motivate others to help you achieve your short-term and long-term goals.

“And never give up,” Li  concludes, “because pushing yourself to go the next few miles may allow you to turn a corner that reveals you are about to reach the finish line.”

TO READ THE MAGAZINE VERSION OF THIS ARTICLE, CLICK HERE. 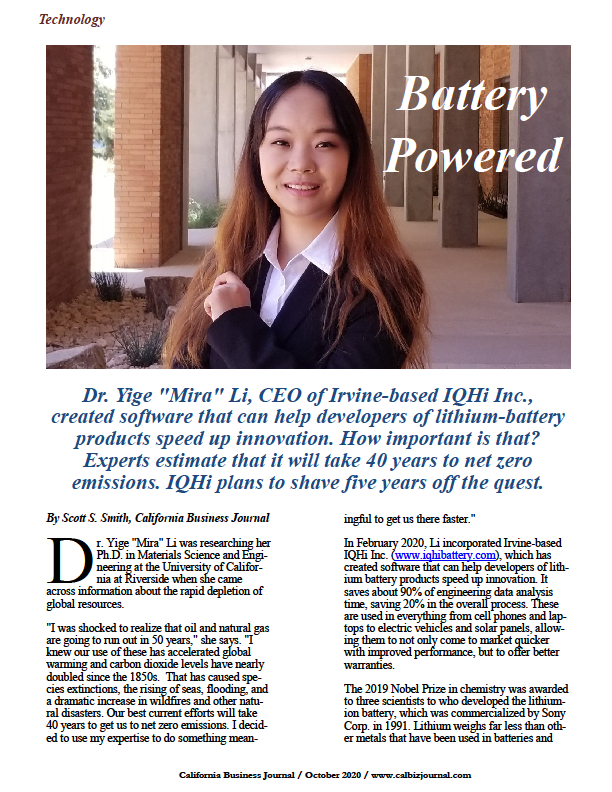 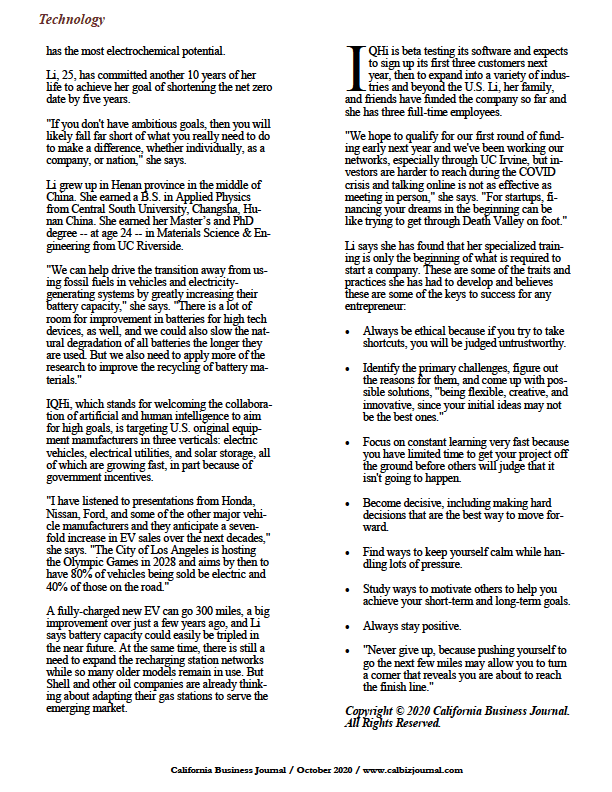