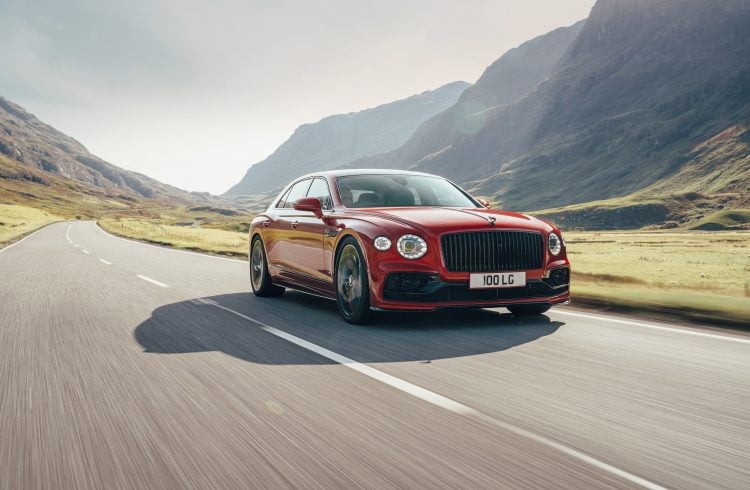 Classic cars have become some of the most interesting investment options in recent times. Although most people see them as almost extinct, there are still some brands that have a great value on the market.

Perhaps the most famous German luxury car of all time, the Mercedes Benz is known for its classic style and quality. A large number of wealthy people in the world drive German cars, so investing in one of these European classics means that you can expect to cash in on this demand.

The Mercedes Benz is also a brand that has been reproduced as replicas by many companies over the years, so watch when searching for a genuine car.

Once you get a hold of a Mercedes Benz 300 SL Gullwing or a W124 500E, keep it in good condition and the value will only increase over time.

Bentley is one of the most popular cars to invest in. This classic brand is commonly very expensive, as it has a very high demand with a low supply. This British brand is considered to be one of the more prestigious car companies in the world.

The manufacturing process of their cars is very complex and meticulous compared to other cars because it involves hand-craftsmanship. The company only produces smaller numbers of specific models, which means there is a very low supply for any classic Bentley. This helped keep the prices very high over time.

Considered the most iconic car manufacturer from Italy, Ferrari is synonymous with sports cars. Their cars such as 250 GTO and 250 California are some of the most expensive cars ever, which speaks volumes about the brand’s exclusivity. On top of all this, they are the most prolific when it comes to countless trophies in various racing championships throughout the decades. Whether you consider a classic Ferrari from the sixties, or perhaps something more modern such as the 458 Italia, you can’t go wrong, as the prices will only go up. In terms of investment, Ferrari is a tough brand to beat.

Another Italian company that’s focused on luxury and sports cars is Lamborghini. Its glory had all the way back in the sixties when Ferrucio Lamborghini, dissatisfied with a car purchased from Ferrari, decided to start its own sports cars brand. When Miura was introduced to the world, it was like nothing else before, and the iconic design penned by Marcello Gandini is still a sight to behold after all these years. Probably the most popular car they’ve ever made is Countach, the poster hero and the epitome of the wild eighties. If you’re looking to invest in something more modern, you can’t go wrong with a Murcielago, an Aventador, or one of the more beefy Gallardos, such as the Valentino Balboni or the Superleggera.

Another brand that is popular among people who want to invest in luxury brands is Jaguar. This company is known for its sports cars and luxurious designs, especially the E-Type. Even Enzo Ferrari once said that it was the most beautiful car ever made. The production of Jaguar Cars was started by Sir William Lyons back in 1922, and ever since then it has been very popular among car enthusiasts. Some of the best Jaguar cars to invest in include the majestic Mark V, the aforementioned E-Type S1, as well as the mad supercar XJ 220.

Now owned by the Croatian electric car marvel Rimac, Bugatti is the first brand to use a straight-8 engine, which was an extremely advanced thing for its time. It has become one of the most exotic and exclusive luxury brands on the market, and it’s also on our list of best classic cars to invest in. The company was founded by Ettore Bugatti in 1909, which means that it’s one of the companies that has been around for a long time. If you plan on grabbing one of their cars, we suggest you go with a Veyron or perhaps an EB110.

The Mustang is one of the most iconic cars that was ever produced, and it’s also one of the best classic cars to invest in. The production had started back in 1964, and it has spawned numerous different iterations. The Mustang has been one of the most popular cars in the United States, and it’s also one of the best-selling sports cars ever produced, mostly because it commonly offers bucket loads of fun for reasonable amounts of money. Some of the hottest Mustangs to invest in include the 1969 Boss 429, 1970 Mach I, 1968 Shelby GT500KR.

HERE, SPEED IS THE RECIPE:

What You Need to Know About Shipping Your Car in 2022
Tags: 1969bestCaliforniacarcarscompanyEuropeanfocusinvestinginvestmentJaguarluxurymanufacturingpricesSir William Lyonsvalue
ADVERTISEMENT

What You Need to Know About Shipping Your Car in 2022

HERE, SPEED IS THE RECIPE: