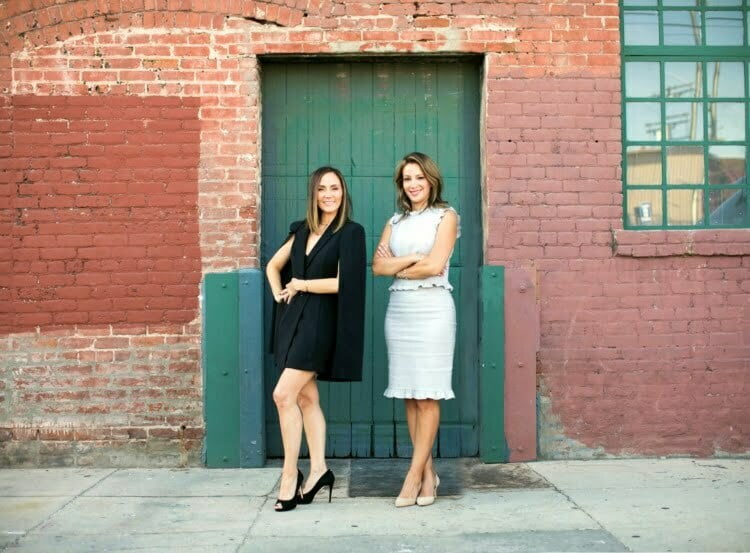 As Kimberly Wright finished up her law degree, she remembers thinking, “Oh no, what did I just do?” Before she even printed her first set of business cards, she drastically pivoted and started a career in television, first in the TV Literature Department at a talent agency, then in TV development for a production company.

Several years later, after an experience with the production company of being objectified in the workplace, and calling out her boss about it, she was invited to meet with HR – where she was fired.

“I’ll never forget my boss sliding an envelope with a severance package across the table to me and saying, ‘I think you’re going to like this.’ And I said to him, ‘I think you forget, I went to law school.’”

The counsel for her former employer was impressed, saying, “I don’t know what your plans are now, but you need to be a lawyer. You are damn good at this.”

That’s all the encouragement she needed to return to law. After using her settlement money to pass the California Bar, Ms. Wright spent a number of years in solo practice before launching Irvine, Calif -based Revolve Law Group – with a special characteristic: “I wanted to build a firm led by women,” she told California Business Journal.

“The practice of law in California, like most everywhere, is still very male-dominated,” she adds. “I wanted to create a space where women could collaborate and not be climbing over each other for that one seat at the table.”

After launching the firm, which focuses on civil litigation, appeals, writs and asset protection — centered around real estate and business law disputes — Ms. Wright was collaborating on a project when she met Sara Naheedy.

Their personalities and approach to law clicked right away.

Ms. Naheedy received her law degree in 2009, the exclamation point on the Great Recession, and the big law firms were not hiring. So rather than going out on her own, she started out in property law on staff for a property management company with a portfolio of 29 multi-family homes.

Later, when Ms. Wright invited her to join Revolve, she jumped at the chance and is now Co-Managing Partner.

“Being a woman-owned business gives us a superpower,” Ms. Naheedy says. “We lead with empathy. We put ourselves in our clients shoes and focus on resolution.”

That focus on resolution means that, Revolve, like many firms, tries to avoid court if at all possible. “If you go to trial, everyone is spending money. It can be a big lose/lose,” Ms. Naheedy says. “We try to do everything we can to advocate for our clients and get resolution that benefits them outside of court.”

Though their engagements often start in litigation, the firm’s partners are always asking, “how else can they be of service to this client?”

“We may find other areas of vulnerability in the business and recommend steps that help the client stay out of litigation in the future,” Ms. Naheedy says. “Once we engage a client around litigation, we often find ways to help clients think through things like tax mitigation and liability exposure. An asset search is the first step. We do this to discover their level of exposure.”

The partners saw their clients’ exposure and it opened their eyes to the problem. “We brought in our administrator of private retirement plans to help us evaluate her level of exposure to future risks, such as a lawsuit,” Mr. Wright says. The firm set up a Private Retirement Plan with no maximum, and no contribution limits, funded from assets as well as future earnings. The client maintains control of the investments. All plan funds, distributions and death benefits became fully exempt from both bankruptcy and non-bankruptcy situations.

Having been raised by her grandparents because her mother and father were absent, Ms. Wright grew up in a household where humor was intentionally present in order to balance the serious side of life. Now, humor has become an important way to connect with clients and meet them with a sense of understanding.

“I’m serious, but I also have a goofy, sarcastic side,” she says. “Both of those elements can co-exist and it makes me more approachable.”

Revolve does not have global or even national ambitions: “We do not want to hire hundreds of associates in offices all over the country,” Ms. Naheedy says. “When you extend yourself like that, you lose that client focus. It becomes all about billable hours. You lose creativity and balance. I want to be able to give everything I’ve got to my client.”

The name Revolve Law Group evolved because “most firms are named for the founding partners. They are literally called ‘named partner. We didn’t want this to be about us. We seek to be a client’s strongest advocate, keep them out of court if at all possible, and resolve the conflict that brought them to seek out the advice of a lawyer in the first place,” Ms. Wright says.

“We want our practice to be unambiguously revolving around the clients. Here is a prime example: an elderly client came to us recently when their business partner kept a line of credit open and ran it up to the tune of $200K. When partners misrepresent themselves and take advantage of someone, it really lights a fire for me. The client found out about this outstanding debt just at the time both her husband and brother passed away. We got the bank to go away and leave her alone.”

“Customer focus” can easily become just something a company says — more marketing jargon. At Revolve, those words mean something. “The goal,” Ms. Wright concludes, “is to be a client’s strongest advocate, keep them out of court, and resolve the conflict that brought them to seek out the advice of a lawyer in the first place.”

Women's Salaries Versus Men: The Gap is Slowly Closing But We Still Have a Long Way To Go

Five Ways to Know If Your Severance Package Is Fair

What Are Premise Liability Lawyers And Do You Need One?

Types Of Lawyers You Need For Your Business