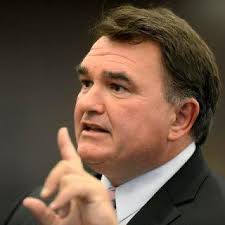 When veteran Orange County criminal defense lawyer Michael Molfetta surveys his three decades of legal representation for high-profile clients, there is one moment that stands out as an example of his tenacity and commitment. A few years into his private practice, he decided to proceed with a high-profile case representing Hugh McDonald, a prominent local civil lawyer who was accused in the murder of Janie Pang, the wife of a financier who had used McDonald for civil legal services.

The assailant in the murder, which occurred in the Pangs’ Villa Park home, was seen by a neighbor driving a maroon sedan. A composite was generated and another lawyer from Newport Beach called the police, claiming the likeness matched McDonald, who had been seen renting such a car at John Wayne Airport on the day of the crime.

“My defense strategy was to discredit the composite, explain the car rental and point the finger at the husband, Danny Pang, because he was shady and his wife was meeting with divorce attorneys,” he says. “I could hint at guilt by innuendo, but I did not have enough to really let that fly until at the end of trial, just before the arguments, when the DA gave me the report. It was after the prosecution had rested and after my client had taken the stand. I could have had a mistrial or I was allowed to cross examine the lead detective, without objections, for as long as I wanted.”

The Orange County District Attorney’s office had provided a bombshell, revealing a 12-page report in which they and other law enforcement agencies alleged that Danny Pang had ties to Asian organized crime and terrorist groups and should be considered the primary suspect in the murder.

“I remember reading the report at 3 a.m. I had a co-counsel on the case, Kenny Reid, who I called in the middle of the night and asked him to read it too,” Molfetta says. “We went to the judge, who gave us the choice to put the detective back on the stand, and the DA was not to object to my relevant questions. She was on the stand for the better part of a day and she made a fool of herself. At the end of the day, the judge called me and said, ‘Molfetta, you will never have another day like you had to today.’ He was right. That was the case that was the turning point of my career, in terms of how I try cases, in terms of my self-confidence and my belief that I can do this. Until you win a big case like this, you always wonder if you can win the big one.”

Molfetta, a former Orange County Deputy District Attorney, has represented defendants in more than 300 jury trials – including those accused of murder, gang crimes, fraud and financial crimes, and sex offenses. Viewing his role as identifying and pursuing the best legal case possible, Molfetta says he has a passion for representing his clients, even when he knows that they have committed wrong. “People always ask me how I can defend someone I know is guilty. I’ve defended two clients who I was convinced were innocent. The rest of the time, they did something, maybe not what was charged or there was an explanation for what they did that would be a legal defense,” he says. “My job is not to come up with a story for a defense. My job is to take the facts that are given to me and craft the best argument possible.”

The Real World of Criminal Defense

When many think of the American criminal defense system, they imagine it to be a rigged game geared to the rich, in which justice can be bought. Thankfully, Molfetta says the reality is far different.

If you picture Molfetta as a hot-shot lawyer who can conjure up a new slick defense every time to clear his clients, think again.

“As the saying goes, the truth will set you free,” he says. “More often than not, what lawyers create causes more problems for their clients than the truth ever would,” he says. “I didn’t make the system, I just operate within it. There are times when I got a client acquitted because the prosecutor didn’t do a good job. I tell my clients ‘change your life and let’s go.’”

Molfetta also emphasizes the underestimated power of the jury, the standard practice in American jurisprudence that puts a diverse cross-section of the public front and center in the fate of the accused. “A jury is 12 people who have a combined life experience of more than 200 to 300 years and you have to respect their social and academic intelligence,” he says. “If you’re lying as a lawyer, at least one of the people on the jury will have the wherewithal and power of observation to figure it out.” 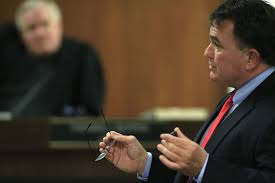 From Football and Rugby to Legal Giant: Molfetta’s Journey

Though legal defense has formed the mainstay of Molfetta’s career, his first passion wasn’t law but sports. As a young man in the 1980s, the Occidental College student played American football in Europe, including at the Olympic stadium in Helsinki, Finland, which hosted the summer games in 1952. Sports took him around the continent, including to Italy, Sweden and the United Kingdom. He also played rugby, both internationally and in the U.S.

Upon his return to California, encouraged by his father – whom the younger Molfetta counts as his foremost role-model and inspiration – to develop a career focus, he entered Southwestern Law School. In keeping with the format pursued by most students, he landed a summer job in his second year, working at the Orange County District Attorney’s office. It was there that his career passion was born.

“I agreed to clerk for the DA office over the summer and I fell in love with it. It was the closest thing I found to sports in the law – it was competitive, it got heated. There was a beginning, middle and end,” he says. “I was a certified law clerk and would prosecute traffic offenders who went to trial. I treated them like actual cases, even though they were traffic violations. I was very competitive.”

That summer, Molfetta met Jeoff Robinson, the county’s stellar homicide prosecutor. The two would form a lasting fraternal relationship. Today, Robinson is the godfather of Molfetta’s daughter. “He taught me how to try a case and how to judge and utilize the human experience to humanize my presentation. He also taught me to be myself and let the jury see me, warts and all. When I did, I earned their trust, and if they trusted me, they will follow me,” he says. “He took me under his wing and let me argue for him. I knew this was where I wanted to be. I got the office to provide me a fall internship. I knew I wanted to be a prosecutor.”

Molfetta would focus on prosecution for five years at the Orange County DA office before making a career change to private legal practice after the county’s bankruptcy in 1994. While serving in his prosecutorial role, he came in contact with another of his landmark mentors – Judge Francisco Briseño, a Vietnam Marine Corps veteran. The two would discuss professional and personal best practices in regular runs along the Santa Ana Riverbed.

After a brief period in civil litigation, Molfetta launched his own criminal defense practice in 1997, in which he has focused on defending clients in both felony and misdemeanor cases. His service has continued even at times when many lawyers might have bowed out, such as the beginning of his successful defense of McDonald in which the arraignment fell on Sept. 11, 2001, or at times when he was injured after suffering injuries while playing rugby.

“I would try cases with cuts and black eyes that I got from playing rugby. I even broke my neck once and tried a case with a neck brace screwed into my head,” he says.

The twin interests of sports and law have come together again for Molfetta in his current founding partnership for Irvine-based CRM Sports Advisors, which provides legal representation, management and post-career planning for professional athletes, particularly in baseball.

“My son plays baseball at Stanford and a professional agent was recruiting him. We developed a bond and I became the financial backing for this agency,” says Molfetta. “Over the last few years, I’ve become more and more involved in recruiting and negotiating for players, as well as traveling across the country and meeting their families.”

While Molfetta has had partners at various times over the years, his firm, Molfetta Law, is currently a sole proprietorship, in recognition of the name brand that his practice offers. It is a brand marked by a down-to-earth, candid, professional and dedicated representation that keeps Molfetta’s name on the top of the list for clients in need of a legal heavy hitter.