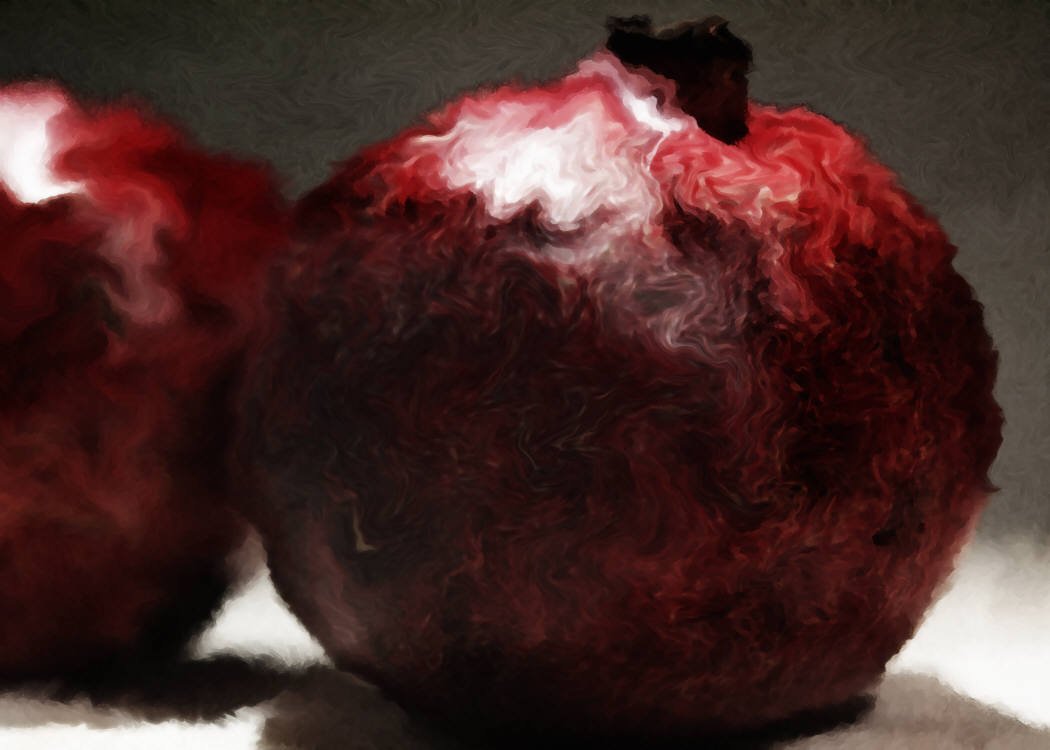 Inside the secret success of the Langers Juice Company.

If you could sequence the DNA of Langers Pomegranate Juice and trace it back to its source, you’d find a series of activities – from picking to pressing to pasteurizing to palletizing, with dozens of other steps in between – that makes each bottle of the juice a superb study in syncopation.

To understand how Bruce and David Langer got to this point – two smart, quiet Southern California boys overseeing a $180 million juice company — you need to go back a ways. Back to the Old Country, to Poland, where their grandfather grew grapes and produced wine; or to San Diego, circa 1960, when their father, Nathan, bought a business called “VegeJuice” and sold celery juice to stores and through a home delivery van.

David, four years the elder, worked in the family business throughout high school, learning the ins and outs. Bruce, on the other hand, after growing up around the business, was thinking about a “juicier” income. So he went off to law school.

But while he was interviewing with law firms, Nathan and David made him a very good offer, and he decided to join them.

“In hindsight, I don’t think it was a very good negotiation for them. But it was for me,” Bruce says with a laugh.

A quarter of a century later, Langers Juice Company ranks as one of the most highly-respected juice producers in the country — and one of the 10 largest. They have built a super-efficient, vertically integrated business that enables them to go from farm to shelf in a very short period of time.

Langers operates four plants in California, where the company presses and bottles juice and carbonated juice. The company employs 300 people and works with contract facilities throughout in U.S., producing more than 200 beverages that are distributed coast to coast and around the world.

The juice-making process is not that complex. Anyone who has ever thrown a few oranges into the juicer knows that. You get some fruit. You remove the parts you don’t want. You squeeze it. You strain it or filter it. Then you pour it into a glass.

That is exactly what they do at the Langers Juice Company. 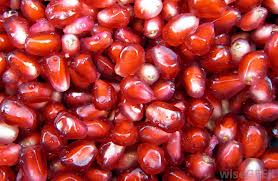 Only, the company does it on a scale most of us cannot comprehend. Think truckload after truckload of fresh fruit. An enormous hydraulic press that crushes 24 tons of fruit at once. Multiple 13,000-gallon holding tanks. A computerized high-speed bottling operation, with conveyor belts moving every which way, that can fill 450 64-ounce bottles per minute.

It all starts at Langer Farms, a 17-acre facility near Bakersfield, California, in the dusty southern end of the San Joaquin Valley.

Wave after wave of flatbed trucks roll in each day, each carrying wooden crates filled with fruit. Pomegranates, apples and oranges. Today, it is peaches. Lots of ripe, fragrant peaches. Despite the dust and the diesel exhaust and all the industrial machinery around, the facility smells like an orchard.

The peaches are off-loaded and stored temporarily, before being lifted into the “dump bin” at the grading machine. There, everything gets washed and inspected, with an employee hovering over the belt to remove any twigs or bad fruit, or the occasional plum that sneaks its way into the load.

The conveyor then takes the surviving peaches up at about a 30-degree angle into the adjacent building, where they begin the sinuous journey that will end up in a bottle on your shelf in a very short period of time.

First, however, there is the little matter of the peach pit. A machine reaches into the core of each fruit, extracts the peach pit, and grinds it up into little pieces, which are then used as biofuel in wood-burning power generation. Meanwhile, the flesh of the peaches gets sent over to the presses.

Langers has three presses in Bakersfield, the largest of which is an augur-driven hydraulic monster capable of flattening 24 tons of fruit at once. The other two smaller ones are “pressed” into service when needed.

The juice gets pumped over into giant stainless steel silos, while the remaining solids are removed, loaded into waiting trucks, and shipped out as cattle feed. On a typical day of peach pressing in Bakersfield, Langers generates about 20 to 40 tons of peach waste. Meaning, there are a lot of fat and happy cattle nearby.

The peach juice eventually gets sent over to the “process room,” where it goes through a phalanx of other machines. There is a centrifuge that spins at thousands of revolutions per minute, accompanied by an intermittent ear-splitting noise. There is a gadget that removes some of the color – which might seem odd, but think about how picky you are about the color of the apple juice you buy.

There is a machine that strips out the volatile alcohols that make a peach smell like a peach (elsewhere in the plant, there are buckets labeled “yellow peach essence,” which may be added back to the juice based on what the final product is).

There is a vacuum boiler that can be employed to make the juice into concentrate, which is sold to some other companies and is sometimes used to make juice blends – one ton of juice yields 20 gallons of concentrate.

There is also an ultrafiltration unit that looks like an industrial large intestine with long tubes doubling back on themselves repeatedly. The juice works its ways through these tubes for further purification, and is ultimately loaded into 55-gallon drums for shipment to the bottling plant. The whole crazy, convoluted process has taken only a few hours.

But the fun has only just begun.

At the sprawling 140,000-square-foot Langers bottling plant in the City of Industry, about 30 miles east of Los Angeles, the juice (or, “the fruit,” as David Langer still refers to it) arrives – either in drums, or in the case of white grape juice, in tanker trucks.

All of it is initially stored in “the refrigerator” – a dimly lit 10,000-square-foot room. Walking up and down the aisles is like moving through a virtual chilled fruit salad: Pink Guava, Alphonso Mango, Granny Smith Apple, Cranberry, and so on.

Langers makes a number of different juice blends, and also likes to mix different varietals of apples to achieve just the right flavor profile, so it’s important to maintain a broad inventory.

The juice is mixed together in huge steel vats that are sunken down below floor level in an adjoining room, with a vast network of steel pipes flying overhead, and is then pumped into the pasteurizing machine. Here it gets heated to remove any microbes. This is a carefully-controlled process, because if you heat it too high or too long, the juice cooks and loses its flavor. This is just one of many precautions that Langers takes to ensure that its products are 100 percent safe.

A few steps away, there is a laboratory, where samples are taken from every batch of juice and are run through an assembly line of impressive-sounding machines: a spectrophotometer (to check the color), a turbidimeter (to test the clarity), an acidity titration unit (to measure pH), and others. Technicians watch the juice samples swirl around beakers, and monitor the digital readouts to ensure that Langers is fully compliant with all government standards.

Inside the bottling room, empty plastic bottles are taken off pallets, turned upside-down, and cleaned with either de-ionized air or de-ionized water. Then they are set down in a machine that queues them up, first 20 or so across, then 10-wide, eventually single-file. It looks like a crowd of concert-goers just as the gates open.

The bottles whiz down a conveyor toward a huge German-built filling machine, where a computerized valve-and-probe system controls the juice levels with precision, not a fraction of an ounce over or under.

There is also a Wonka-like machine that sucks bottle caps up into a pneumatic tube and affixes them to the bottles. Every bottle gets photographed by a computer, and if any caps are found to be askew, the machine pulls those bottles off the line.

Once filled and capped, the juices go through cooling tunnels for about 45 minutes, get labeled, packed into specially made eight-sided boxes, placed on pallets, wrapped in plastic by a robot, and then put onto waiting trucks for shipment to distributors and stores.

The entire setup, all the belts and machines and computers, the giant gizmo, is run by a group of about 12 Langers employees on any given shift. It’s truly remarkable to behold – whether you are a visitor to the plant, or Nathan Langer, now in his 80s, who still comes into work every day, and looks on with pride and joy.

Bruce and David sit in a conference room in the office portion of their plant in the City of Industry, discussing their state-of-the-art machinery and reflecting on how far the company has come.

In the late 1980s, they were still just a local Los Angeles company (and Henry Boney, the late patriarch of the family that would later found Sprouts, was one of their largest customers). Then they became the first major juice company in Southern California to use light plastic “PET” bottles, and because that enabled them to start shipping the product nationally, they became a major player almost overnight.

Today, between their juices, juice blends, no-sugar-added juices and Fragile Planet organic line, Langers is the anchor of the juice aisle in Sprouts stores.

David says that eco-consciousness has also been a major initiative catapulting Langer to its current success.

“Unlike traditional square cases,” he says, “these have extra stacking strength while using 10 percent less corrugated cardboard. All of our corrugated suppliers are part of the Sustainable Forestry Initiative (SFI), which means that for every tree that they cut down, they plant two others.”

Langers also makes many of its own bottles in the Langers Plastics plant, using lightweight materials and BPA-free resin; prints on their boxes using soy inks; and co-generates some of their own electricity.

In the end, however, it is the taste of the juices that matters.

Bruce proudly pulls a couple of the new Langers flavored green tea products from a nearby beverage cooler.

“We’re obsessed with tasting,” he says. “We spend a lot of time in the lab, tasting all the batches, mixing juices, and coming up with new ideas. Our dad is a very good taster. He can really discern different flavors very quickly. We like products that are good for you, and are high in antioxidants. We’re always looking for something fresh and refreshing, and something with bright flavors.”

Bruce sips on a Langers Daily Start Green Smoothie, one of the company’s newer products, and declares it his favorite.

David demurs, and nominates the All Pomegranate Juice.

It is a rare moment of dissent between the brothers, who look to each other for non-verbal cues and frequently speak with an almost symphonic concord.

But there is no time for any more reflection.

Just outside, an 18-wheeler announces its arrival at the loading dock with a loud air brake exhale.