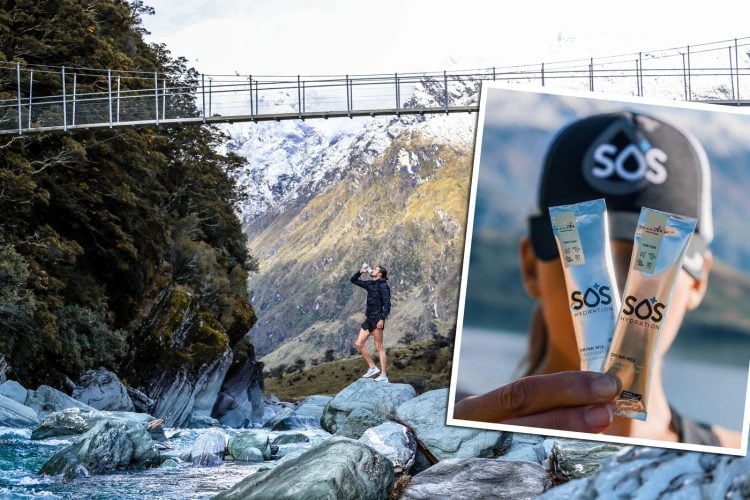 Tom Mayo, James Mayo and Dr. Blanca Lizaola-Mayo created a solution to eliminate the devastating impact of the loss of bodily fluids. Their inventive solution lowers sugar intake from 15 grams to three, resulting in a “magical source scientifically proven to hydrate as effectively as an IV drip.”

After James Mayo’s brother Tom missed a chance at the Olympics because of dehydration, Mayo and his wife, Dr. Blanca Lizaola-Mayo, a board-certified internist and gastroenterology, set out on a journey to develop a highly efficient hydration solution without the high sugar and calories of traditional sports drinks.

“When my brother collapsed from dehydration at the World Championships in South Africa, we were all devastated,” says Mayo, co-founder and CEO SOS Hydration. “Several years ago, I was prediabetic, mainly from the calorific intake of sports drinks I consumed as a world-class runner. I was able to manage my way out of it by taking control of my diet, exercise and calorie intake but most people aren’t able to do that and need some help.”

So, the Mayo brothers and Lizaola-Mayo began researching the World Health Organization’s Oral Rehydration Solution (ORS) that was introduced 50 years ago and has been the basis for most hydration drinks on the market.

“That solution was developed to treat kids with cholera and hydrate those suffering with diarrhea and vomiting,” James Mayo says. “Most people don’t realize that, in the military, dehydration is the No. 1 cause of non-combat casualties. But you, me and the rest of the public aren’t generally sick in that way.”

The trio recognized it was science backed up with decades of research and proven use, but they “didn’t like that it still had 11 to 15 grams of sugar.”

Lizaola-Mayo went to the American College of Sports Medicine to work on modifying the electrolyte concentration and focused on the science that one molecule of sodium is pulled into the blood vessels from the small intestine by one molecule of glucose. Because of the body’s osmotic forces, one molecule of water is absorbed, as water always follows sodium.

“Blanca took the science that if you have one molecule of sugar with one molecule of sodium, it speeds water and electrolytes into your cells,” says Mayo, not only a former world-class athlete but also a former Army captain and ESPN reporter. “She kept the molecular balance but lowered the sugar from 11 to 15 grams down to three, which means you’ve got a magical source that is scientifically proven to hydrate as effectively as an IV drip. And it doesn’t have all the extra sugar, which can add other consequences to your personal well-being — and it has more electrolytes.”

The result is a highly efficient, low-sugar, low-carb, Keto-certified hydration drink that isn’t overly sweet. Additionally, it contains the proper balance of sodium, potassium, magnesium, chloride, zinc, citrate and malic acid. The Mayos worked to test their product and theory by going to colleges and universities to compare SOS with other sports drinks and ORS, such as electrolyte tablets, to assess how effective it was.

“Having a doctor as a one founders made it so every step had to be backed up with research,” Mayo says. “We sent it to independent studies to get outside verification and we post the results on the research page of our website.”

SOS launched in 2013 in San Francisco, where it is still based. Lizaola-Mayo was doing research at UC San Francisco before moving to Tufts University in Boston and then to Arizona, where the couple currently live while she is finishing a fellowship in gastroenterology.

“Our first initial production run was done in the front room of our house in San Francisco where we sealed the sticks with my wife’s hair straightener, like an episode of ‘Breaking Bad,’” he says. “We wanted to get the sample packets out for people to test and try them.”

They found a production company in Ontario, California and the ready-to-drink bottled option is made in Monterey, California.

One of the positions the company takes is advocating for “pre-hydration,” or getting ahead of your body’s needs so you can more efficiently hydrate throughout the day and combat the dehydrating effects of workouts, everyday life, and consuming caffeine or alcoholic beverages. 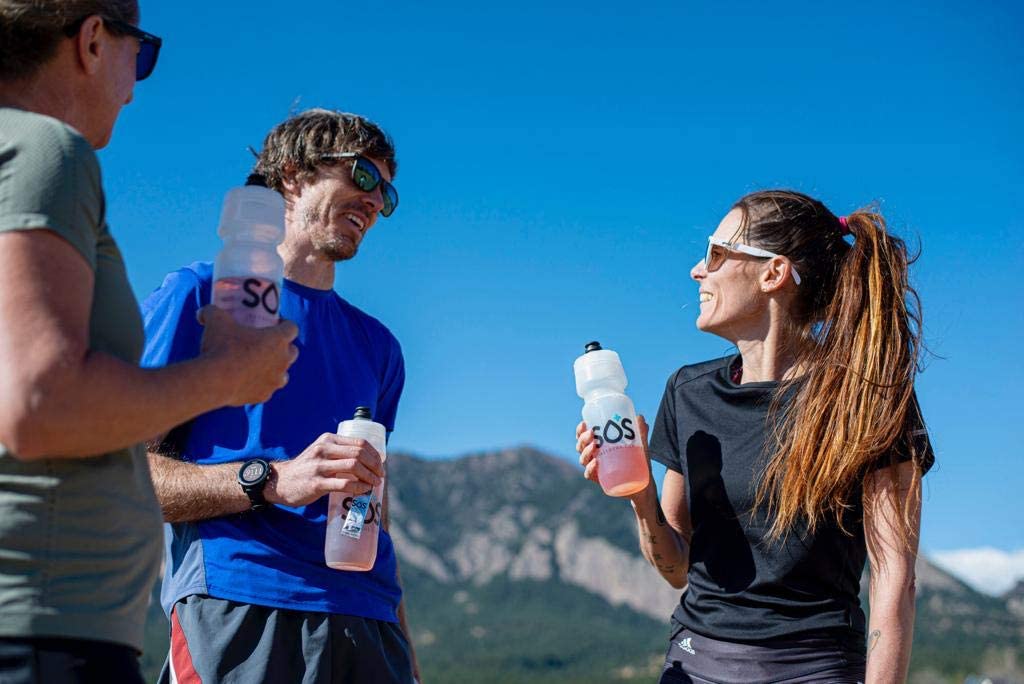 “Most of our competitors are talking about this recalibration or hydration, which means if you’re doing it, you’ve already got yourself into a bad place,” Mayo says. “But we say, let’s switch it up and have pre-hydration. Most of us have a cup of coffee or tea when we get up so why not a hydration solution first thing? You can get ahead of your hydration for the day and your cells will benefit.”

Since SOS speeds water into an athlete’s cells so quickly, it helps them absorb water two- to three-times faster so they may not need to drink as much water during your workout or throughout the day to maintain hydration.

SOS comes in “sticks,” (individual serving powder packets), “ready to drink” (bottled) and in tubs. “We love the sticks because they’re environmentally friendly,” Mayo says. “They’re easy to store and carry but despite that, people still want the ready-to-drink when you come back from the gym, reach into the cooler and grab a cold bottle.”

Currently, the product is available through soshydration.com, amazon.com, target.com, walmart.com, and other online retailers. Its brick-and-mortar distribution includes all CVS stores throughout the United States, Walmart Supercenters, and Whole Foods NorCal, in addition to many stores under the Kroger umbrella, which is where they got their start.

“We went a bit backwards forward with our distribution,” Mayo concludes. “Our first test was in six Kroger stores in Texas, as a test run for the company. We didn’t push the online much but if I had to live my life again, I would have probably driven the online piece a little bit harder. In CVS, we’re in multiple places within the stores: the lunch-snack area, the coolers for ready to drink and the main powdered beverage sports drink aisle for two of the powdered flavors and the sports nutrition aisle for other flavors.”

Featured photo at the top of the article — The Mayo Braintrust: Tom, Blanca and James Mayo.

Tis the Season of Greener Giving

Tis the Season of Greener Giving