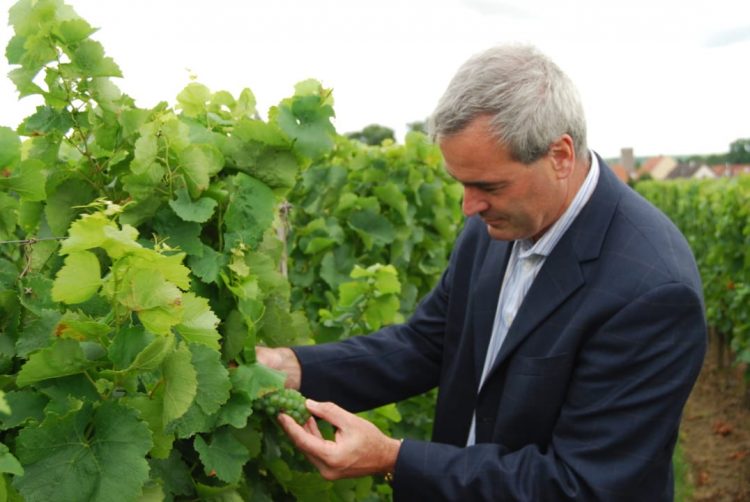 Klaus Bellinghausen has taken the standard drinking toast -- “to your health" -- to a new level with the first all-natural wine brand, King Frosch. Long before it became a trend to talk about organic, bio dynamic and all-natural, Bellinghausen was already focused on all natural wines. Now, for more than 15 years, he continues to import wines from Germany crafted without any artificial colors, tastes or flavor enhancers.

He was born in the ancient city of Koblenz, Germany in a home overlooking the romantic Rhine River. The picturesque city where Klaus Bellinghausen was raised bends at the extreme point where the Rhine and Mosel rivers flow together. It was referred to as Confluentia by the ancient Romans who introduced grapes to the sun-splashed, slate-rich banks along the rivers, where a tradition of vineyards and unique-tasting wines still thrives today.

This celebrated wine-growing region instilled a deep love, interest and passion in the entire wine-making process for Bellinghausen, whose family enjoyed a memorable nightly tradition of tasting fine wines at dinner, even when he was as young as eight years old.

This love and passion for the world’s finest-tasting wines was the inspiration for Bellinghausen to launch his own wine company, BBG LTD., and brand, which he entitled King Frosch. Yet Bellinghausen took it a step further than the majority of wine makers and distributors: he created the first true all-natural wine without any artificial colors, tastes or flavor enhancers.

“All our wines follow a recipe of perfect balance between naturally occurring sweetness in the wine and acidity,” says Bellinghausen, who collaborates with boutique vineyards in Germany that he travels to twice annually from his California home to make sure the operation is running smoothly and adhering to Germany’s stringent wine laws.

“Before a wine is selected to be part of our wine family, it must pass rigorous quality tests for great taste, drinkability and all-around sheer perfection – and without any hint of artificial colors, taste or flavor enhancers,” Bellinghausen says. 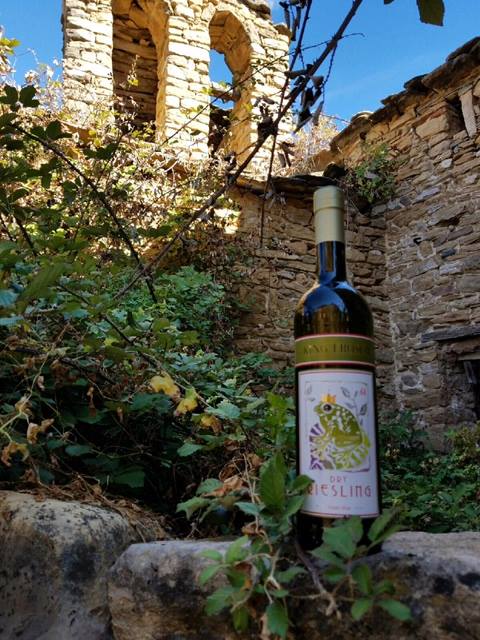 It was nearly 20 years ago when Bellinghausen put his foot down, frustrated and angry by unnatural wine and wine companies that “take shortcuts” in the wine-making process. He was also obsessed with finding a cure for an ailment that may people suffer from as a result of wine drinking: headaches.

“Wine should not create a headache and should be complimentary to great and intimate moments with family and friends,” he says. “What I daydream about is people sitting down, turning off their cell phones and TV and just hanging out and talking with a glass of our natural wine, complementing a great moment of togetherness. Having fun and enjoying life. To me, that’s paradise. Great moments, memories, family, best friends, recognition, consideration, respect, love and fun — all stimulated by the euphoria of a great wine like ours.”

One of Bellinghausen’s regular clients had not enjoyed a glass of wine in more than 14 years due to migraines that leveled him even after a couple of sips of wine.

“When I would go to a friend’s home for dinner and they had wine, I drank a soda,” he says. “If I was making an Italian dinner for my girlfriend, I could not have any wine, though I always had some for her.”

This all changed when he met Bellinghausen, who convinced him that his wine would not result in a headache. “So I tried it,” he says. “Amazingly, 15, 20, 30 minutes went by and there was no headache, no flashes, no nothing. Ever since, my life has changed forever – for the better.”

Even Bellinghausen suffered from headaches after drinking wine – until he created King Frosch.

“When I experienced headaches from mass-produced wines, I started to figure out where the headaches were coming from,” he says. “My research showed that most people believe that sulfites are the main culprits for headaches, but if you talk to doctors and read studies, sulfite sensitivities are associated with mild wheezing and potentially life-threatening asthmatic reactions. There’s nothing about sulfite headaches.”

What he did discover is that “the culprit” of headaches are histamines and allergens, which can be found in various ingredients used for wine making from wood, wood chips and yeast, “which serves as a catalyst for histamine generation during manufacturing,” he says.

As a result, he created his wine with the lowest sulfite, histamine and allergen levels of any wine … in the world.

“I interviewed, visited and watched wine makers all over the world and found that many added artificial ingredients to tweak the wine,” he says. “I discovered barrel manufacturers who offered wine barrels with artificial chocolate taste imbedded and they were proud that they could create the same desired taste every time from chocolate to any desired complexity demanded. The wines initially tasted good and I was impressed, but I got headaches despite drinking plenty of water.”

He came to the conclusion that wine can be made “without all of those fancy fake ingredients,” leading to the creation of King Frosch. “We make wines similar how the Romans did 2,000 years ago with modern craftsmanship,” he says. 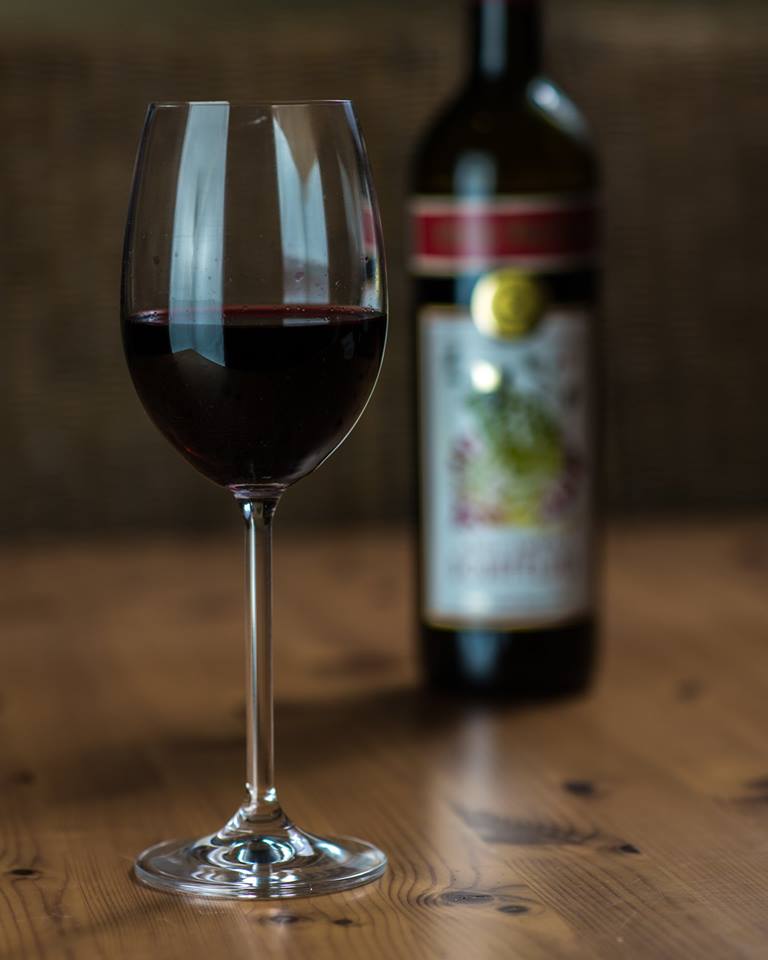 Romans found the mineral rich banks of the Rhine, Mosel and Nahe rivers to be perfect for growing grapes. The oxygen rich soils are well aerated for root and microbe respiration, which in turn allows nitrogen-fixed bacteria to exist.

“When it is combined with carbon dioxide, it creates a healthy environment for below ground plant functions,” Bellinghausen says.

Although rich top soil at vineyards where King Frosch Wines are born may be scarce, this forces the vines’ root systems to seek deep down to the nutrients in the soil. This is where they draw from rich mineral reserves that have been waiting for millions of years to be brought to the surface. Many of these minerals have healthful benefits, which has become the standard for King Frosch Wines.

“This is in stark contrast to wines made from grapes grown in shallow fields that have been over-irrigated, fertilized with synthetic chemicals and waterlogged,” Bellinghausen says. “So many mass-produced wines have absolutely no terroir.”

For people who have traveled through Europe and have fond memories of the delectable, drinkable wines enjoyed in scintillating outdoor Weingartens and quaint wine cellars and bistros, “we made it so you can relive those moments at home with our wines,” Bellinghausen says. “We feel we created a perfect solution.”

The Ultimate Guide to Corporate Gift Ideas for Employees In 2021

The Ultimate Guide to Corporate Gift Ideas for Employees In 2021