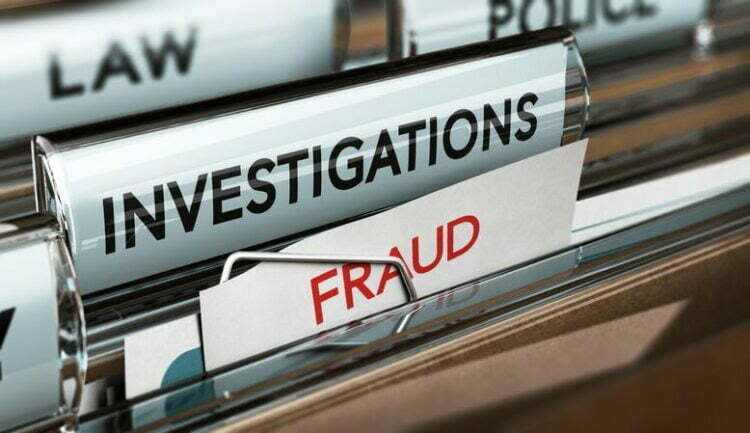 When it comes to the state of financial fraud, there are a few things that are strikingly similar between the United Kingdom and the United States.

Financial institutions need to be on the lookout for scams and they can use typosquatting monitoring services to help protect their customers and help them not be deceived into clicking other links under the disguise of their trusted brand name.

Let’s explore the current state of fraud happening in both the UK and the US today.

UK and US Financial Fraud Cases

There are many different types of financial fraud and one of the most prominent forms is via phone calls.
In the UK, Ofcom’s research revealed that 45 million people were targeted by scam texts and calls in the Summer of 2021, with 75% of people in the 16-34 year old demographic being targeted.

In the US, merchants are now seeing higher costs from fraudulent transactions made with a mobile device. This is an increase of 39% for e-commerce companies that was a 5% increase from 2020.

U.S retailers saw an average of 1,740 fraud attacks per month, up from 2020 when they were experiencing 15% more than before.

International criminal rings are targeting retailers with fraud attacks, and those originating outside of the US represent 24% of all such incidents so far this year. E-commerce merchants have seen 29% come from abroad while 16% were domestic schemes in 2020.

Fraudsters continue to develop new scams, such as the mobile device threat that is on the rise worldwide. Mobile fraud continues to be big business for hackers. Therefore, many financial institutions are looking to prevent fraudulent transactions and implement new regulations on the types of data that can be shared.

The Enron bankruptcy is one of the most shocking financial downfalls in US history. The bankruptcy came about as the result of faulty bookkeeping practices. The shock from the news of this problem caused stock values of Enron to plummet and all of the company’s value to quickly evaporate. Overnight, 78 billion dollars disappeared from the economy, and 16 Enron executives went to jail. Jeff Skilling, Enron’s CEO, was sentenced to 24 years in a white-collar prison.

Bernie Madoff is perhaps the most unscrupulous fraudster on this list of con artists. He was ordered to serve a 150 year sentence for 11 federal felonies that resulted in the theft of around $68 million. His scam was essentially an enormous large Ponzi investment scheme in which early investors were paid off with money from later investors.  The earnings from Madoff’s fraudulent investments were much greater than the earnings from typical investments. He was able to maintain the scam for over a decade.

The term Ponzi scheme comes from Italian con artist Charles Ponzi, who invented this particular type of swindle in the 1920s. Ponzi promised investors a 50 percent profit from an arbitrage scheme to buy US postage stamps at a discount in one market and sell them at full price in another market, according to The Richest. His arbitrage scheme actually worked to some extent, but it produced nowhere near the 50 percent profit promised. Ponzi covered the difference with money from new investors, paying off early investors until the entire scheme collapsed when too many investors demanded their money all at once.

ZZZZ Best was a fictitious rug cleaning company concocted by 21-year-old Barry Minkow as a front for his criminal enterprise of money laundering, racketeering and credit card theft. ZZZZ Best was valued at over $200M at its height.

Ivan Boesky was the first Wall Street trader to be convicted of insider trading in 1986. By the time he was caught, Boesky had accumulated a fortune of over $200M by betting on corporate takeovers with inside knowledge of the deals.

The world of financial crime is always active, and new instances of wrongdoing are discovered all the time. If you are ever approached by an investment banker promising to double your life savings in a few years, be careful not to fall victim to any financial scams.

Regardless of the country, financial companies are always going to be susceptible to fraud and endure the worst of the consequences.

These companies must take action now and ensure they are well equipped to stay protected to not only protect their brand but also their customers too.

Who is Action Refund? It's an Israeli Tech Firm That Helps Individuals Recover Money in Online Trading Scams
Tags: bankruptcybookkeepingbrandcompanycredit carddataE-commerceexplorefinancialFinancial FraudFinancial Fraud in the UK and U.S.investmentinvestmentsinvestorsmobilenewsregulationsrisesavingsThe State of Financial Fraud: Comparisons of the UK and U.S.tradingvalue
ADVERTISEMENT