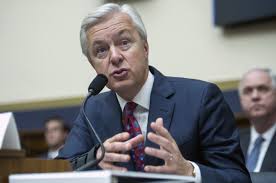 In the aftermath of horrific banking scandal, California fires Wells Fargo from handling any of its banking.

California, the nation’s largest issuer of municipal bonds, is barring Wells Fargo & Co. from underwriting state debt and handling its banking transactions after the company admitted to opening potentially millions of bogus customer accounts, according to Bloomberg.

The suspension, in effect immediately, will remain in place for 12 months. A “permanent severance” will occur if the bank doesn’t change its practices, State Treasurer John Chiang said Wednesday. The state also won’t add to its investments in Wells Fargo securities. Chiang already replaced Wells Fargo with Loop Capital for two muni deals totaling about $527 million that will be sold next week.

“Wells Fargo’s venal abuse of its customers by secretly opening unauthorized, illegal accounts illegally extracted millions of dollars between 2011 and 2015,” Chiang said in a news conference in San Francisco. “This behavior cannot be tolerated and must be denounced publicly in the strongest terms.” 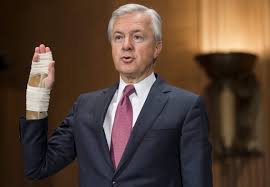 The move by California is the latest to punish the bank, which is facing a national furor over the fraudulent accounts. San Francisco, the home of Wells Fargo, last week removed it from a banking program for low-income residents. Authorities including the U.S. Consumer Financial Protection Bureau fined Wells Fargo $185 million on Sept. 8 for potentially opening about 2 million deposit and credit-card accounts without authorization. Chief Executive Officer John Stumpf has forfeited $41 million in pay.

For a recap of the controversy surrounding Wells Fargo’s CEO Stumpf, click here.

Connecticut decided last week to add Morgan Stanley to serve as lead underwriter with Wells Fargo on a state bond issue planned for next month to help ensure a successful sale, according to the state treasurer’s office. Connecticut is reviewing its relationship with the bank. New York’s Metropolitan Transportation Authority voted to hold off on approving Wells Fargo as a underwriter until the agency completes its analysis of the company’s practices, according to an online broadcast of a board meeting Wednesday.

Federal prosecutors in New York and San Francisco have opened criminal inquiries, a person familiar with the matter has said. Wells Fargo already faces a raft of lawsuits by fired or demoted workers, customers and investors.