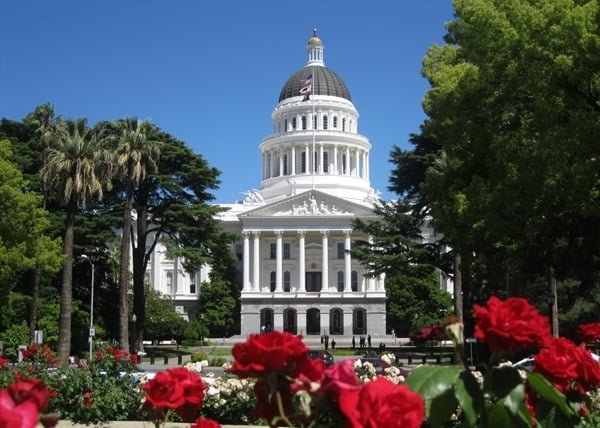 While California Lawmakers still haven’t provided adequate funding – or a sufficient plan – to protect traumatized Californians from the terrifying reality of uncontrollable wildfires, they are still moving forward with their mission to spend a staggering $1B+ on demolishing the historic Capitol Annex and damaging 188 trees in Capitol Park, the site of 210 unique species of trees from the 1800s.

Meanwhile, the powerful voices of the diverse advocacy group, Save Our Capitol!, continue to mount pressure on state leaders to pause the taxpayers’ financed “Capitol Annex Project” from moving forward and instead rehabilitate the Annex “to make it safe for all legislators and staff.”

The members of Save Our Capitol! represent a coalesced band of insiders ranging from historians to architects to ecologists to veterans of state politics.

“As the Preservation Architect and former California Historic Preservation Officer under two governors, I am appalled at how this whole process has come about,” says Wayne Donaldson, former Chair of the Federal Advisory Council on Historic Preservation. “This historic building that we’re dealing with here is not just the building itself, not just the Annex itself, but the entire gardens that we have and the entire, existing landscaping that covers 10 blocks. I cannot believe the way they’re going about this process; it flies in the eyes of the public and how the public could become involved. They have never even considered – which they’re supposed to – an alternate option, in terms of rehabilitating the building.”

What California lawmakers are doing is prioritizing their “self-interest over the needs of struggling Californians by moving forward with a fiscally and environmentally irresponsible expansion,” Donaldson says.

“The rehabilitation efforts in the Capitol’s existing footprint are far more efficient and cost-effective than the project’s current plans,” says Richard Cowan, former Chair of the Historic State Capitol Commission.

“We’re convinced that rehabilitating the existing, historic Annex would solve the great majority of the Legislature’s space needs. And, if they would like, we could have a productive discussion about moving the parking off-site with shuttling so we don’t have to rip out any trees. There is also a recently-built ‘Swing Space’ building that cost $450 million that can be used as permanent office space for legislative staffs in lieu of new construction.”

The question of how much the plans will cost taxpayers . . . “well, this has unfortunately been a very secretive process, so we can’t pinpoint an exact number,” says Bruce Lee, President of the Sacramento Taxpayers Association and member of Save Our Capitol! “This project is slated to break ground pretty soon, and lawmakers have not been transparent of the overall cost.”

While it is fair that the Capitol Annex is in need of upgrades and some repairs, “The Legislature’s Joint Committee on Rules – which is in charge of maintaining the building – has put it off for 70 years,” according to Dan Visnich, former Senate Owner’s Representative on the Capitol Bicentennial Restoration Project, and current Executive Secretary of the California Capitol Historic Preservation Society. He calls it “intentional neglect.”

Amid pandemic-era budget concerns ranging from struggling small businesses and employees to ongoing wildfires, Lee and his association, along with hundreds of small businesses, see the Capitol Annex Project as a superfluous Taj Mahal during a time when funds are needed elsewhere.

“There has been a series of cost increase estimates since the bill was annunciated, and a report from the Joint Rules Committee dating back to 2017 projected $543 million,” Lee says. “Then, about six months after that, they authorized a budget of $775 million. Two years later, Joint Rules said they were having cost overruns equating to another $90 million for the project. This past summer, the Committee then asked for another $94 million. All told, right now, we’re projecting a whopping $1.2 billion ultimate cost for the whole thing.”

Earlier this year, the Joint Committee on Rules reportedly held a closed-door session preceding an informational hearing to discuss the controversial project. According to California State Law, the Historic State Capitol Commission is required to review and advise the Legislature on any changes to the Capitol; instead, the Joint Committee on Rules has reportedly denied information and “has kept the Commission out of the development process,” Donaldson says. As a result, two commissioners resigned in protest of being prevented from performing their lawful duties.

“Considering the project’s environmental and historic impact, it’s unfortunate that the Joint Committee on Rules will not allow a qualified preservation architect to draft a rendering that meets the Legislature’s needs while preserving the Annex and surrounding Park,” Cowan says. “With competing needs for taxpayer money and the lack of public input, I cannot understand why the Committee plans to spend more money to demolish-and-rebuild this historic building rather than to renovate it instead.”

“The idea of excavating irreplaceable trees — for an underground parking lot — is too preposterous to comprehend,” says Paula Peper, former commissioner of the Historic State Capitol Commission.

“When the Park was planned originally, it was supposed to be a unique arboretum – and it still is,” she says. “There are 210 unique species of trees from all over the world, and that plan goes back to the 1800s. With the plans of this new project, 188 of the approximate 800 trees in Capitol Park will be impacted. Of the 188, 69 are slated for complete removal with 74 set to be supposedly transplanted to new locations in the park.”

Where the underground parking lot is planned to go, the Cockspur Coral is currently there – and it’s the largest specimen in the United States and is on the National Register of big trees, famous trees. There is also a giant Sequoia in the 12th Street alleyway, a 30-inch Coast Redwood and, east of the Annex right now, there is an original and magnificent old Southern Magnolia.

Relocating trees is an absurd proposition: “They’re proposing to move 49 huge Palm trees along L Street,” says Kate Riley, representative of Trees for Sacramento and former legislative staff member. “These trees are extraordinarily large and have been accustomed to their place. The idea that they’re just going to be able to move these trees, and that the trees will thrive, is not likely. In the case of these Palms, we have examples of prior attempts to transplant them in previous projects from that very same site – and it hasn’t worked in all the cases, where we saw 50 percent of them die.”

While a trio of separate lawsuits have already been filed against the project, Save Our Capitol! members believe the voices of the citizenry (e.g., written letters to respective representatives and the Governor’s office) will bring forth opposition to the Capitol Annex Project and expenditures that can’t be ignored.

“We believe this has been done extremely behind closed doors, contrary to the way the executive branch does projects,” Cowan says. “This project includes every consultant working for Joint Rules Committee Chair, Assemblymember Ken Cooley along with every employee of the executive and legislative branches to sign a non-disclosure agreement. Why? I think it’s fear; I think they’re afraid that if the public is allowed to participate in this process, the voices that say that we can do this better and cheaper without destroying an old building will be heard and have to be obeyed.”

To join the fight and contact your elected officials, go to SaveOurCapitol.org.

After Governor Newsom axed $775 million in general funds from construction of a new Annex, authorized by SB 836, the enabling legislation, due to “coronavirus deficits.” Cooley decided to “utilize leased revenue bonds to finance construction of a new Annex” and that “the Annex undertaking would solely be by the Legislature and not the Governor,” according to Save Our Capitol!

Concludes Donaldson: “This is an urgent issue that involves the imminent destruction of historical state property, the senseless expenditure of a billion dollars of state funds and numerous violations of state law and regulations.”

Here are solutions presented by Public Accountability for Our Capitol, a sister association to Save Our Capitol!

• Preserve the original State Capitol, West Steps, and West Plaza. The visitor center can be located elsewhere. For example, the U.S. Capitol hides its visitor entrance, so it doesn’t distract from the original historic Capitol. California’s Capitol Annex Project does the opposite.
• Reject the proposed underground parking garage. Use the Swing Space Building and/or another offsite location for parking. This would preserve more than 180 trees within Capitol Park. In 2019, Michigan canceled its $30M underground parking garage because it was considered a luxury – California can do the same.
• Continue to use the Swing Space Building permanently for some legislative and executive branch staff. This will provide more square footage than would be available with the proposed new Annex building.

Save Our Capitol! supporters include: