Discover why casino streaming fraud is such a huge issue for online casinos and video slot players. Learn what it is and why it’s bad.

Casino streaming has become one of the biggest activities on popular platforms, such as Twitch and YouTube.

Viewers are allowed to enjoy a big range of different streamers, all of whom will have vastly different personalities.

However, it has attracted some people, who are, should we say, less than professional with the way that they carry out their streaming activities.

We explored how streaming fraudsters operate, and how this is having an impact on video slot lovers.

What do Streaming Fraudsters do

Streaming fraudsters are people, who at first glance, seem like they are carrying out genuine casino streaming.

However, once you dig a little deeper, and scratch beneath the surface, you will realize that their actions are not legitimate, and they are portraying a fake version of themselves to their viewers.

This is harmful to players for a number of different reasons.

One of the biggest problems behind this, is that it creates an unrealistic expectation of how video slots work.

Players see the casino streaming fraudsters playing, and seemingly gaining huge wins in a row, and they think this is what happens on video slots all of the time.

So, how do they create this unrealistic perception of playing video slots?

The biggest tactic that fraudsters use, is playing with money handed over by the casino. This is an instant red flag.

It’s a red flag, because if the fraudster isn’t playing with their own money, then there are no stakes for them.

“They are playing completely without risk. However, they give the impression to players that they are playing for large sums of money on each spin, often for the top stake level on each game,” says one Las Vegas casino manager.

With different forms of casino streaming on Twitch becoming very popular, many viewers are seeing these seemingly risk free games being represented as real, risky games. 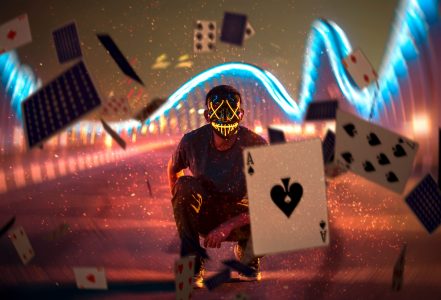 This can therefore fool players into believing, that if they carry out the same foolhardy strategy, they too can be a success.

“The problem with this, is that it’s much easier to try out a risky strategy if there is no accountability if you fail,” the Vegas casino manager says.

“This is why it is irresponsible, as it ultimately lulls players into a false sense of security when they are playing.”

The second way that fraudster players fool gamblers, is by trying out demo versions of the games.

This achieves the same result as playing with money the casino has awarded to the streamer, with the only difference being, that it’s not quite as believable on the stream.

Despite being less believable, there are still players who could be fooled by this. The reactions of the streamers, often acted out in an over-the-top way, in a bid to try and entice viewers to watch the stream, is a big part of what makes it believable to people.

“It means that it’s a very dangerous practice, as it can cause people to wager more than they can afford when playing at online casinos, in order to try and emulate the streamer.”

Why It Takes So Long To Get Your Online Bingo Winnings
Tags: Las Vegasmanageronlinevideo
ADVERTISEMENT