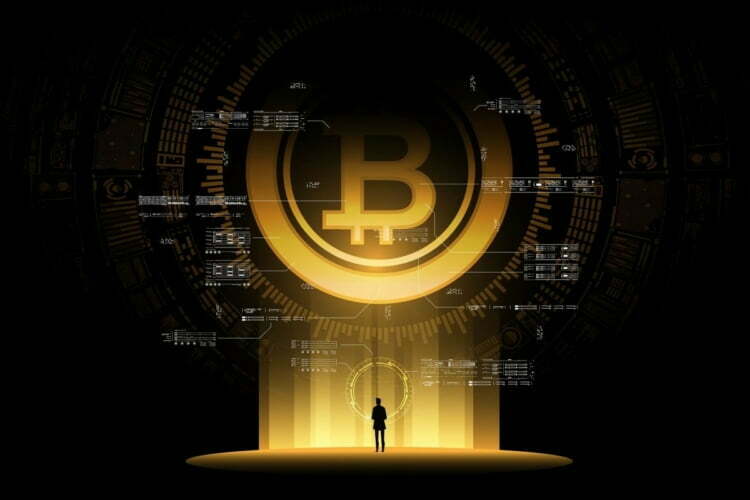 Despite all the clamor for investors to hold their assets in hot wallet, many crypto investors still prefer cold storage.

What had started as an internet joke is now becoming a scarce commodity that is coveted by the rich and powerful. If you were around in 2009 when bitcoin was created and launched into the world, you might have thought that more than a decade afterwards, the craze will die and the world will return to normalcy.

Alas, the world is still normal.

Yes, the climate is changing and we are all searching for ways to protect mother earth.

But in a world where change is inevitable, and the changes we are witnessing, fast and revolutionary, whoever had thought bitcoin was a scam in 2009 should think again.

Welcome to the present world where only 6.3% of bitcoin that has been mined is in circulation.

Welcome to 2021 where big financial and business institutions are buying and holding bitcoin, with almost no plans of selling.

As the world comes to terms with the reality of cryptocurrencies, it looks as though cryptocurrency investors and big money players in crypto space are keeping more of their BTC in cold storages, leaving less BTC in circulation.

The total number of bitcoins that will ever be mined is 21 million. Of the 21 million BTC to be mined, about 15 million has been mined. Of the over 15 million mined, just 1.6 million is in circulation.

How is that even possible?

So, I’ll answer that question as though you’re new to the cryptocurrency space.

If you’re not, my sincerest apologies because I want to explain why of the over 15 million bitcoin that has been mined till date, only 1.6 million is available to be bought and sold.

Only 21 million BTC will ever be mined. When BTC is mined, people or institutions that buy BTC can either leave the BTC on the best crypto exchange they bought it from, or they can transfer the BTC to a cold storage, a wallet separate from what the exchanges give you.

With exchanges, there is a possibility of the exchange being hacked and your digital assets stolen. Because your wallet key address is with the exchange company, you stand at risk of losing your assets should there be any compromise.

With cold storage, the user, you, have control of the wallet. The pass key phrase is yours. Even if the wallet company is hacked, because you’re the only one (I assume) who has the passphrase key, your asset is safe.
However, should you, for any reason, misplace that key, your assets are gone for good.

Now, many people save the crypto assets in these cold storage wallets for two reasons:

CryptoRank released data that showed that only 1.6 million bitcoin is liquid, while the rest is illiquid.

When an asset is liquid, it means the asset can easily be converted into cash. Liquid bitcoin means that these BTCs are in circulation, people buying and selling them.

The low BTC in exchange wallets didn’t just happen today. It has been coming.

After bitcoin halving in 2020, the number of bitcoins in circulation started to reduce. It was as though the harder it was to mine bitcoin, the more valuable it became, the less people were willing to trade theirs.

So, as miners got less reward for mining BTC, the amount of BTCs on exchange wallets fell from 9.5% in October 2020 to 6.3% in December 2021. The constant reduction in the number of bitcoins on exchanges shows that investors are hoarding their BTC, hoping to sell in the future.

In the light of the decline of BTC on exchanges such as https://redot.com/, coinbase, a crypto exchange that over 50% of the total number of BTC on crypto exchange wallets suffered a slip too. From 50.52% of total exchange BTC held, it fell to 40.65% in December 2021.

WHY ARE THERE LESS BTC IN CIRCULATION?

Over the last years, BTC has gained prominence worldwide. Being the first cryptocurrency, the one with the highest market cap and most expensive, BTC has been looked at as the ceiling for cryptocurrency.

As more wealthy individuals and institutions get into the bitcoin craze, BTCs store of value increases.

Big Financial institutions, businesses and wealthy individuals are buying BTC, not as a currency to be traded on the crypto market, but as a store of value, the same gold and silver are store of value.

BTC is also seen as a hedge against inflation, therefore, these low BTC in circulation that we see is testament to how much value many believe Bitcoin will have in the future.

If BTC’s price increases, as predicted, many of these institutions and individuals will become wealthy.
Now, it is important to know that some of these BTCs stored in cold storages cannot be accessed.

Glassnode, an on-chain analytics company, revealed that 7-day Moving Average for bitcoin exchange inflow volume, which is the amount of BTC that flowed in across all crypto exchanges, was 978.46 BTC, the lowest it has been for five months.

IS THERE GOOD NEWS ON THE HORIZON?

One would be at least optimistic that the rather low amount of BTCs in exchange wallets means that the price of BTC might go up. But that is not the case.

Before delving into why an increase in BTC price isn’t feasible now, it’s best to state here, and now: there aren’t 1.6 million liquid bitcoins. A good amount of those 1.6 million are illiquid.

BTC being illiquid means that, although these BTCs are in the wallets, they aren’t sellable or buyable. Most of these BTCs are owned by retail investors and some companies. These investors prefer to hold their BTC in these exchange wallets for personal reasons.

Despite the clamour by Binance CEO and co-founder for investors to hold their assets in hot wallet, many crypto investors still prefer cold storage.

So, if some retail investors hold their BTCs in exchange crypto wallets, it doesn’t mean those BTC are liquid. There might be far less BTC for sale than what CryptoRank showed us is held in crypto exchange wallets.

Back to why BTCs price won’t experience a bearish run as it last year when it reached at all-time high of $67,000 in the coming weeks,

Although there is less liquid BTC, many retail investors and institutions are buying to add to their cold storage.
The price of BTC fell below $40,000 this week, a new low for the number one cryptocurrency. Whatever the price may be, BTC is still a good store of value.