The difference between cryptocurrency and crypto-assets is not a yin-yang or light-dark dichotomy. It’s more like grey and black, with a smidgeon of each in the other.

It is usually created as code by teams that create mechanisms for issuance, which is often done through a process known as mining. Cryptocurrency and crypto-assets have the same meaning in accounting terms. A cryptographic currency and a cryptographic asset are just two sides of the same coin. You can use bitiq to trade crypto.

A cryptocurrency, also known as a cryptographic currency, is a digital currency that, like traditional fiat, serves as a store of value, a medium of exchange, and a means of payment for goods and services. A cryptocurrency is nothing more than a form of money. However, when a cryptocurrency’s services begin to include features such as smart contracts, payment gateways, content monetization, and so on, it has combined the functions of a crypto asset.

Crypto-assets are similar to cryptocurrencies in that they function as a store of value and a medium of exchange, but they also have a layer of functionality. Crypto-assets operate on technology or network that allows for the execution of functions as well as the creation of smart contracts. We have seen seismic shifts in the financial markets as a result of crypto assets. As a result of their technological advancements, there has been a disruption in the financial systems. 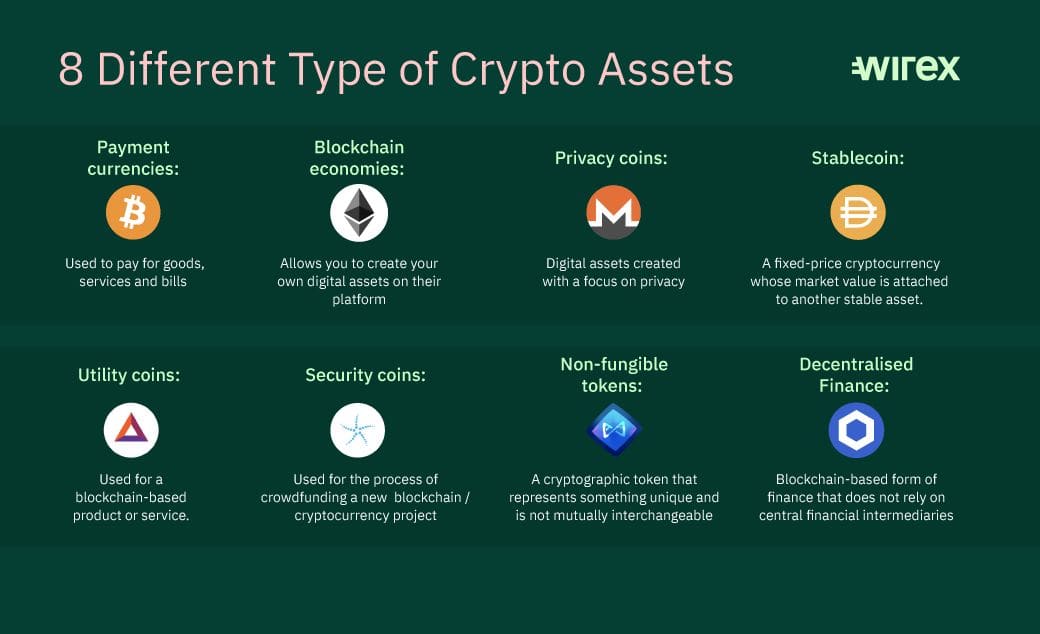 The Ethereum network, where Ether is the token used as currency, is the most well-known example of a crypto-asset, and Ripple, where Ripple X (XRP) is the token used as currency, is even competing with other traditional payment systems, to the point where the SEC filed a lawsuit against it, disputing its claim as a cryptocurrency and stating that it is a security (an asset).

Both cryptocurrency and crypto assets are assets on the balance sheet in crypto asset accounting. That’s understandable because cash and properties are still considered assets in traditional accounting, so we can treat them as such, albeit digital assets. The first is money, and the second is property.

Crypto assets include not only cryptocurrencies, but also non-currency assets such as non-fungible tokens, security tokens, and utility tokens, which are all stored on a distributed ledger. Non-fungible tokens are those that represent ownership of a one-of-a-kind tangible or intangible object, such as a song, video, or piece of designer clothing. Non-fungible tokens are those that cannot be traded for one another. Security tokens are frequently sold or auctioned as part of an Initial Coin Offering (ICO) or Initial Token Offering (ITO), which allows businesses to raise funds to fund a new idea or business model.

A stake in the project or additional rights, such as voting rights, are frequently included with the security token. Security tokens are digital, liquid contracts for fractions of any existing asset, such as real estate, a car, or corporate stock. When investors use security tokens, they can expect their ownership stake to be preserved on the blockchain ledger.

Arca Labs’ Arcoin, which is registered with the SEC and represents shares in Arca’s U.S. Treasury Fund, is an example of a security token. On the other hand, a utility token is a type of token that aids in the capitalization or financing of projects for startups, businesses, or project development groups. The ERC-20 token, for example, is based on the Ethereum blockchain.

Security tokens give you ownership in an ecosystem, whereas utility tokens are used within it.

Apart from being a means of payment for goods and services, most cryptocurrencies have other uses. However, some cryptocurrencies are created with no utility, and these do not stay on top for very long because cryptocurrencies do not have an underlying value like fiat money, where a $100 bill is a $100 bill. Their perceived value is largely determined by market supply and demand.

Crypto assets can be used for three different purposes: investment, exchange, and access to goods and services.