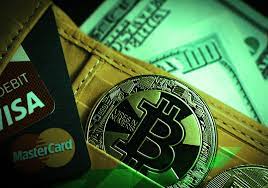 And what are the reasons to do it?

There are many websites for amateur investors claiming to guide them on the path of trade and investment with cryptocurrency. While many share tips and secrets to yield as much profit as possible, one important aspect is often overlooked. One can easily go about trading bitcoins to earn. But how can a trader turn their bitcoin into cash?

Why turn your bitcoins into cash?

With Bitcoins’ steady rise in popularity, it is only natural to work upon yielding profits from it. While many believe that it is profitable in the long term to hold onto the Bitcoins which they have invested in, cashing them out may be of more advantage to some.

Since the bitcoin has observed a steady rise in popularity and a few striking hikes in value in the past few years, the Bitcoins that traders may have possessed for a long period would have increased in value manifolds.
Cashing it out by selling Bitcoins would be beneficial for such traders who are content with the amount of money they have managed to make through this digital currency system.

How to go about cashing out bitcoins?

While the process of cashing out bitcoins may seem too complicated, they are not. One can think of this conversion exactly like the currency you generally use to a currency from a different country while traveling. Since bitcoin is a part of the digital currency system, the cash conversion is somewhat like converting different physical currencies only.

The difference lies within the exchange rates. Since the traditional currencies are regulated and authorized by different government bodies, their exchange rates depend upon the specific country’s economy. However, there is no centralization of power within cryptocurrencies like bitcoin. Hence, the nation’s banks have no effects on the exchange rates applied on the conversion.

However, the exchange rates on the conversion of bitcoin to cash do exist. It depends majorly upon the demand of bitcoin when the trader decides to cash out their bitcoins. The amount of money investors wish to put in the bitcoin strongly influences the amount of cash that one receives from converting bitcoin to physical money.

Ways to turn bitcoin into cash

There are majorly two ways by which traders and investors can go about converting their bitcoins to cash. Each of them has its own sets of pros and cons, and one should decide according to their personal preferences. Here are the two ways:

Contacting a broker for converting bitcoins to cash is considered a safe and secure option by many experts. It works on the basic principle of depositing a trader’s digital currency, in this case, bitcoins, with the exchange. Upon the deposit, the trader has to put in a withdrawal request. Once the request has been made, the broker goes about depositing the money to the trader’s bank account.
This method of converting bitcoins to cash has its list of pros and cons. While it is a safer option as compared to the alternatives, it is also very time-consuming. The exchange is also known to charge transaction fees for the same.

Converting bitcoins to cash is a much faster alternative to involving brokers. The peer exchange procedure involves directly selling the bitcoin to the interested party. Since no third body is involved, the conversion happens at a much lower transaction fee.

However, this method is not all laughs and giggles. Even though the user’s privacy is maintained, one is always at risk of fraud with this method of conversion. Hence, it is considered important to take all the necessary precautions while converting bitcoin to cash.

With all the points mentioned above, the ways traders can go about converting bitcoins to cash is clear. The trades revolving around bitcoins should always be done on trusted applications like Official Website.
Investing in bitcoin may seem too complicated initially. But once people start going about it, they realize how easy it is to get done with the trades. Similarly, turning bitcoin into cash may seem like a very tedious job – but it is quite easy to be done with.