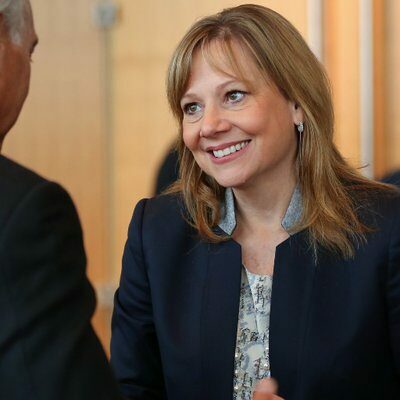 Mary Teresa Barra is the chair and chief executive officer of General Motors, the first female CEO of a 'Big Three' automaker.

Some of the stars who will take on and smash challenges to thrive in the business world:

Mary Barra is a business leader to watch out for so many reasons, not least the way she has inspired women over 50, proving that success isn’t exclusively for the younger entrepreneurs! She made number 4 on the Forbes list of Power Women last year, and also on their 50 over 50 list. Her achievements over the years include becoming one of the first women to lead a major automaker (General Motors) in the US, and GM being named just one of two global businesses without a gender pay gap. Any of these alone would be impressive, but together (and combined with all her successes) they make her a business leader to watch out for in 2022.

Rachel Flanagan has been in business with her cleaning company, Mrs Bucket, for 16 years. She began as an 18-year-old, spending the last of her money on flyers and a few cleaning supplies. Now she has a business worth £4.5m, and several hundred employees. Her company is constantly expanding, and last year’s rebrand has played a big part in this success. Not content with basking in the success of her company, Rachel has plans to have a £12m turnover by 2025.

David Spector is the co-founder of ThirdLove, which has earned the title of third-largest bra and underwear business in the US. His path to success began when he founded businesses whilst studying at college and business school. His entrepreneurial streak led him to invest as a partner in several companies before seeing a gap in the market for women who struggled to find the correct bra size. He co-founded ThirdLove with his wife, and they introduced extra sizes to cater to women who didn’t fit neatly into the more typical sizes. The pair have recently acquired the company Kit Undergarments, which will further expand their business during 2022.

Jason Faichney is the Scottish founder of Bandanair. He created masks that have been tested by the Health Protection Agency and were found to neutralize 99.86% of viruses. Understandably, there has been a lot of interest from businesses who are keen to get their cautious employees, and perhaps those with health risks, back to the office. Although the masks haven’t been made widely available in the UK yet, there is a high demand for them when they are. This could launch Jason’s success and make 2022 his year. There are already lots of interested investors in Bandanair, and several major publications are talking about Jason and his innovative products.

Besides watching these business leaders to see what they do next; you can also take inspiration from them. They all saw a gap in the market or worked hard to achieve amazing results. Some started with very little, proving it doesn’t matter what stage you’re at, anything is possible.

Women's Salaries Versus Men: The Gap is Slowly Closing But We Still Have a Long Way To Go