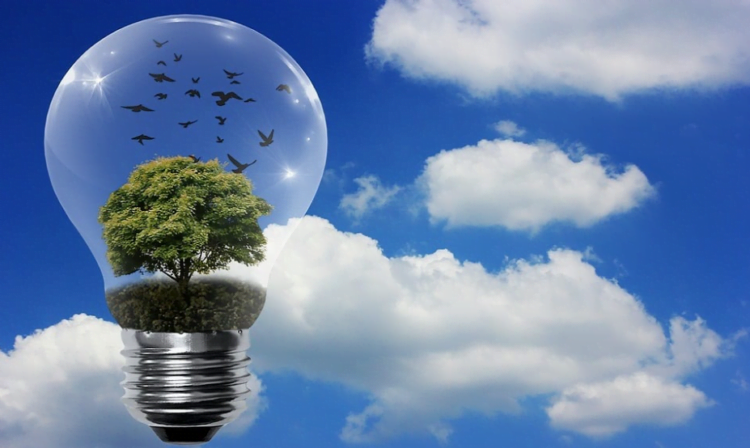 Sustainable values shine through Bakken Energy’s takeover of the Synfuels Plant, with plans to retain 500 employees and partner with local tribes in an ambitious clean hydrogen overhaul – but will it work?

Clean energy industrialist Mike Hopkins, CEO of Bakken Energy, describes the tiered rollout of his $2 billion, multi-use clean hydrogen facility as one of the largest in the nation, and by far the lowest cost of production.

Set to debut in 2027, the North Dakota-based hydrogen hub will produce 350,000 metric tons of clean hydrogen per year and capture 95% of carbon emissions for sequestration.

Hopkins also describes the endeavor as a bet.

“I don’t want to pretend,” he says. “There is no real clean hydrogen market today. The market everyone is preparing for is several years away”

If, magically, he could turn a nozzle and have the facility run as it would in five years, he’d “have no idea what to do with the product.”

Frankly, many leaders don’t see hydrogen as the way forward.

It’s become a debate favorite amongst eco-engineers and motorheads for what’s next in fueling the cars of the future, dismissed by Volkswagen CEO Herbert Diess and dubbed “extremely silly” by electric vehicle magnate Elon Musk.

What you cannot debate is that hydrogen-fueled cars are happening now. As of Friday, April 1, there are 13,305 fuel cell vehicles in the United States, according to the California Fuel Cell Partnership.

Even so, staying short-sighted on individual consumption is the first mistake, Hopkins notes. The second is promoting hydrogen as energy’s holy grail solution rather than what it is – a supplement to renewable energy and energy storage, a way to decarbonize the most difficult to decarbonize parts of our economy.

His philosophy on the looming hydrogen boom follows one golden rule: anything that runs on energy can be replaced with hydrogen – but should it?

“People in our industry should be focused on using clean hydrogen in areas where you want to decarbonize; but maybe it’s not practical at this time to do it with batteries and renewable energy,” Hopkins says. “I’d rather focus on big uses of hydrogen – that makes sense. That’s been the philosophy of our founder and Chairman Steve Lebow in the businesses he has built and it’s the winning philosophy for us with hydrogen.

It makes sense that the trucking industry and aviation are working to develop specific models compatible with a hydrogen fuel source, Hopkins says, but that doesn’t mean it would work for every vehicle in their fleet.

“If you’re giving a pass to heavy carbon emitters like agriculture and transportation because ‘we really can’t do anything about it’ – that’s a problem,” he says. “That doesn’t work either.”

Partner in innovation, Mitsubishi teams with Bakken Energy in the project.

In fact, the Great Plains Hydrogen Hub is one of several plants Mitsubishi has added to their portfolio in part of a bigger play, building a hub-and-spoke network of hydrogen-specific infrastructure North America-wide.

In the same way energy transmits via grid and cargo transports via railway, companies are making moves to build the basic infrastructure that would move hydrogen. To date, there are only 1,600 miles of hydrogen-designated pipelines in the United States.

“We wanted a partner that was very focused on clean hydrogen … and, ideally, had a global perspective,” Hopkins says. “There’s a lot going on in the world of hydrogen.”

China, the leading producer and consumer of hydrogen, identifies hydrogen as “a frontier area” and one of the six industries for focused advancement in its five-year economic plan.

By 2030, plans are in place to power 10% of South Korean cities by hydrogen and produce 40 gigawatts of emissions-free, green-hydrogen energy out of Europe, investing €300.5 million in its first call for research proposals.

Japan, home to Mitsubishi’s headquarters, vows to become a “hydrogen society” with plans to produce three million tons per year by 2030. Through scale, the country seeks to drive down the cost of hydrogen to about one-third of the current level by the end of the decade.

“It’s not common for a whole lot of people to get behind one thing,” Hopkins said. “But right now, our federal government, governments around the world, big investors and universities know we need clean hydrogen…. It’s a privilege to be part of that.”

In the meantime, there’s a lot of work to do – sustainably.

Bakken’s acquisition of Basin Electric’s Great Plains Synfuels Plant, which will act as the nucleus of the hydrogen hub, cuts the facility’s development timeline in half juxtaposed to starting from scratch, a 10-year feat on average. The purchase completes in April 2023.

Hopkins plans to keep the 500 employees in place during each stage of the transition, adding an additional 1,000 jobs during construction.

This means Hopkins’ interim tasks not only include drawing up contracts, applying for permits and inking blueprints with engineers, he’s also speaking with the mayor of Beulah, population 3,200, to attract more residents to the city. He plans to employ at least half of them.

The courting process for this project puts Hopkins in a privileged position to work with Mandan, Hidatsa and Arikara Nation, also known as the Three Affiliated Tribes, of the Fort Berthold reservation.

“Traditionally, the energy sector has not benefited historically disadvantaged communities,” Hopkins says. “There’s an opportunity here to really make the MHA Nation beneficiaries. We can ensure that a big part of what we’re doing is going to flow to the tribes.”

Hopkins points to an all-too-common practice where poorly monitored oil and gas companies break safety protocols in turn for profit – wanting nothing to do with the residual emissions released during production – and continue a legacy that gambles the health of disenfranchised communities.

In the case of North Dakota, health concerns are already raised over the state’s habit of flaring – a practice of burning natural gasses that release during oil extraction

In 2019, North Dakota flared 19% of its natural gas production, a rate morbidly higher than the 1.3% national average.

“From an environmental perspective,” Hopkins says. “That’s literally the worst thing you can do.”

This is more than $220 million worth of natural gas, enough to heat one million homes, as Dan Grossman of the Environmental Defense Fund puts it.

Deaths related to air pollutants range from 85,000 to 200,000 fatalities per year in the United States. According to a study published by Science journal, Black Americans are exposed to greater-than-average concentrations at a 21% disparity from all sectors.

At the site, located south of MHA Nation’s reservation, Bakken will also be capturing carbon via geological carbon sequestration. This is a process that takes place underground, where the carbon is injected into porous rocks for long-term storage.

Carbon capture and sequestration is currently the Department of Energy’s go to on handling the greenhouse gas. In February, the Biden administration announced $96 million investment to advance carbon capture technologies for natural gas power and industrial sectors.

Eventually – beyond Bakken’s launch in 2027 – the idea is to build out underground storage for the hydrogen produced, accessible at any time.

“It’s cool to be able to take natural gas, something that is thought of as a nuisance or a threat and turn it into clean hydrogen,” Hopkins says. “And it’s important for[Bakken Energy to put MHA Nation at the forefront of that transition.”

As others fold, Hopkins goes all in. How he sees it: