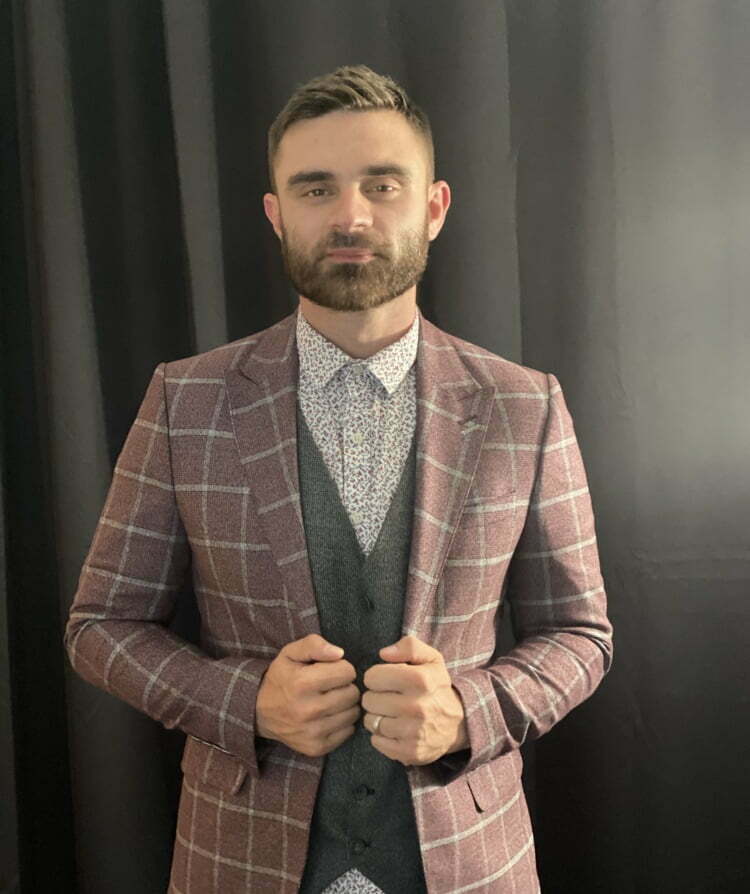 Nick Mathews: “I constantly felt alone and miserable. I had no hope and no friends. I knew I needed to get sober or I was going to let my addiction kill me.”

Society has deeply-rooted and long-lasting stigmas regarding addiction and substance abuse. While many view addiction as a problem in and of itself, this is simply untrue; rather, substance abuse that leads to addiction is an attempted solution to a much deeper problem in the addict’s life. As one recovered addict-turned-entrepreneur, Nick Mathews, tells us, “no one wakes up one day and says, ‘I think I want to try heroin.’”

Mathews struggled with addiction and substance abuse for the majority of his teenage years and into his twenties. Like many addicts, not only did he gradually increase the variety of substances he abused, but he allowed his addiction to bring him to the brink of Death’s door. By the time Mathews was only 20 years old, he had received Hepatitis C from injecting heroin with a dirty needle, weighed less than 130 pounds, and was beginning to experience the symptoms of liver failure.

“I constantly felt alone and miserable,” Mathews said, “I had no hope and no friends. I knew I needed to get sober or I was going to let my addiction kill me.”

Rather than allow addiction to get the best of him, Mathews became committed to achieving sobriety. After spending years in and out of rehabilitation centers and counseling, Mathews was not only able to overcome his addiction, but he has made it his mission to help others struggling with addiction overcome their own substance abuse as well with the founding of his own hybrid rehabilitation facility, Stillwater Behavioral Health.

Along his journey to sobriety, Mathews encountered a multitude of challenges. The most prominent one, however, was learning to find self-love and self-respect. As an addict himself, Mathews knew that his substance abuse at its core was a symptom of a deeper problem: the inability to love, respect, or be kind to himself.

These feelings are common amongst addicts. Mathews understood that his own substance abuse was an attempt to overcome his own self-loathing and doubt caused by underlying mental conditions; his addiction, in reality, was an ad hoc attempt at a solution in overcoming them. As Mathews explains, addicts begin using harder and equally more potent and dangerous substances when one of those substances fails as a “solution” to the underlying problem. This, in turn, is what perpetuates addiction’s vicious cycle. In recognizing this, Mathews realized that other addicts commonly experience similar feelings due to other pre-existing conditions such as depression, anxiety, PTSD, and many more.

“Having been on the receiving end of rehabilitation for addiction, I believe that values like self-love, respect, and integrity are God-given rights as human beings. You don’t need to be rich or famous to experience these feelings, but as an addict overcoming your substance abuse, you do need to learn how to love and respect yourself.” — Nick Mathews

To help other addicts realize these same things, Mathews launched Stillwater to give back to society by creating a system that places self-care at the forefront of their culture. In being able to rally behind and support one another, Stillwater’s clients and staff alike contribute to a true addiction to solution that is bigger than any one person and teach addicts that they aren’t alone in their struggle or journey to sobriety.

Helping Those Who Cannot Help Themselves

In creating Stillwater, Mathews knew that his rehabilitation center could not focus solely on removing addicts from the substances they abuse. Instead, Mathews founded Stillwater as a dual-diagnosis facility.

As Mathews explains it, Stillwater places all incoming clients in a healthy, safe, and sober environment and simultaneously utilizes certified therapists and psychologists who can diagnose and treat the underlying conditions that spark addiction while also teaching addicts about healthier alternatives to cope with their conditions and addictions alike.

“Cancer patients don’t want to get cancer, even lifelong cigarette smokers. The difference is that you can find empathy for the cancer patient much easier than you can for a chronic cigarette smoker or addict. There is a common misconception with addicts – even those who relapse time and again – that they are doing this to themselves, so our natural response is to distance ourselves from them. But all this does is dull society’s sympathy towards them.” — Nick Mathews

Instead of “jumping ship,” as Mathews explains it, he uses his background as a recovered addict to lead Stillwater with philosophies of kindness, compassion, and understanding. The result is a facility grounded in a mission to not only treat addiction, but to heal the underlying conditions that cause it to take root and support each person struggling with addiction and substance abuse.

As of June 2020, the CDC reported that some 13% of Americans and 40% of American adults admitted to either beginning or amplifying substance abuse to cope with pandemic-related stress. Drug and substance abuse were responsible for approximately 81,000 overdose deaths last year, as well. Approximately another 47,000 lives were lost due to addiction-related suicides.

“At Stillwater Behavioral Health, we will care about you until you learn how to care about yourself,” Mathews adds. “We can teach you how to exist in life true to yourself. Together, we can contribute to sustainable solutions for a worldwide problem.”

Between his own journey with sobriety and his founding of Stillwater, Mathews’s undying spirit of finding peace through self-love and self-respect is exemplary of Stillwater’s belief that no one is unfixable.

When World-Class Athletes Naomi Osaka and Simone Biles Publicly Prioritized Their Own Mental Health, It Helped Open the World to Treating the Illness