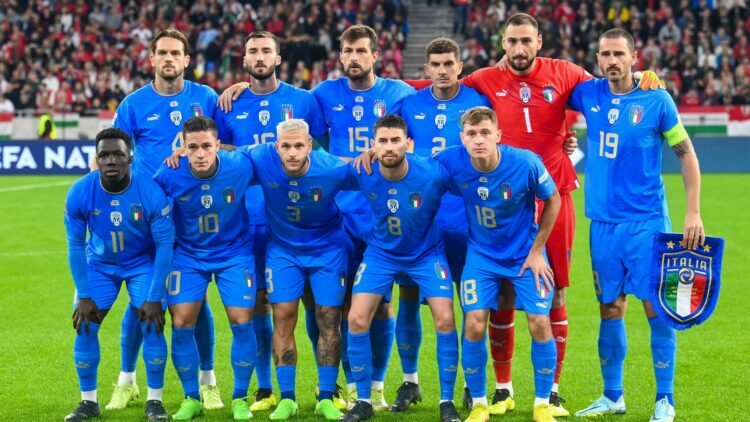 With the FIFA World Cup kicking off in Qatar next week, masses of people are converging on the small desert peninsula to attend this major international event.

The next FIFA World Cup will be hosted in the U.S. for the first time in 30 years. While 2026 may seem far off, planning has already begun for what is projected to be the biggest World Cup in history.

Over the next decade, tens of millions of people will be visiting the U.S. for the World Cup and other global sporting events, including the Olympic and Paralympic Games in 2028 and the Rugby World Cup in 2031 and 2033.

The U.S. has the chance to prove we are the global leader in sports. But off the field, there are immigration logistics the U.S. must get right in order to pull off a successful event. Athletes, coaches, event staff, and other personnel, as well as hordes of avid sports fans from around the world, must be issued visas in time to get to the U.S. for these competitions.

Recent events indicate the U.S. is currently unprepared for the surge in travel that comes with hosting major international tournaments. This summer, the U.S. hosted the World Athletics Championships for the very first time, but visa issues stole news headlines, nearly overshadowing the event itself.

At the start of the competition, hundreds of athletes were still trying to get their visas, and several, including one of the fastest men in the world, barely made it to the U.S. in time for their races.

This can’t happen again. It reflects poorly on the U.S. and is a disservice to the athletes who have trained for years to compete in these events.

To come to the U.S., most foreign citizens must apply for and secure a visa before travel – a multi-step process that includes a detailed application and an in-person interview with a consular officer at a U.S. embassy or consulate abroad, among other requirements.

Some travelers may need to petition immigration authorities in the U.S. before applying for a visa abroad, complicating and extending the visa timeline. When millions of people are traveling at the same time for the same event, delays are inevitable – but they can be mitigated.

Without a concerted effort by U.S. immigration agencies to prioritize and streamline visa processing for sports, the U.S. risks losing billions of dollars in sports revenue and will watch world-class sporting events head overseas.

As a former attorney who helped shape visa policy in the State Department’s Visa Office, I know the government can do more to ensure that the next decade in sports is a resounding win for the U.S.

For example, the U.S. could create a streamlined, electronic visa process for accredited travelers attending these mega international sporting events.

We did this for the Olympic and Paralympic Winter Games in 2002 and can do it again. Opening up a “fast lane” for athletes, coaches, staff, and visitors by modifying visa and entry requirements would be a viable solution for facilitating entry to the U.S. and dramatically reducing visa delays while addressing U.S. national security concerns.

The U.S. can also take smaller steps to show it remains committed to the U.S. sports industry and our ability to host international sporting events.

Every agency that touches the process – the State Department, U.S. Citizenship and Immigration Services, and Customs and Border Protection – should have dedicated points of contact whose primary role is to regularly engage with sports industry stakeholders and support them through the immigration process.

Temporary special lanes at airports and other points of entry for major international sporting events would help expedite the arrival process.

If additional resources are needed, there is a strong argument that Congress support funding programs and offices dedicated to facilitating travel for international sports events over the course of the next decade and beyond, as sports are becoming more global.

With 2023 just around the corner – the start of one of the most impactful decades for the U.S. sports industry – the government must proactively work with stakeholders and take meaningful action to show it can and will do more to eliminate unnecessary immigration barriers for international sporting events.

Tiffany Derentz is a Senior Counsel with BAL and a member of the firm’s Government Strategies team and Sports & Entertainment group. Tiffany served in the U.S. State Department for nine years and has been a key advisor to senior leadership within the Visa Office, the Bureau of Consular Affairs, the White House, and other federal agencies on all aspects of immigration law.

Coronavirus: What’s different about this epidemic and what your business needs to know

Tiffany Derentz is a Senior Counsel in the Washington, D.C., office of Berry Appleman & Leiden LLP. She formerly served in the U.S. State Department’s Bureau of Consular Affairs as a senior adviser to the Chief Legal Adviser for immigration affairs, and was at the forefront of legal issues impacting consular operations at U.S. Embassies and Consulates. Tiffany has been a key adviser to senior leadership within the Visa Office, the Bureau of Consular Affairs, the White House and other federal agencies on all aspects of immigration law, including implementation of presidential proclamations under three administrations.

Coronavirus: What’s different about this epidemic and what your business needs to know