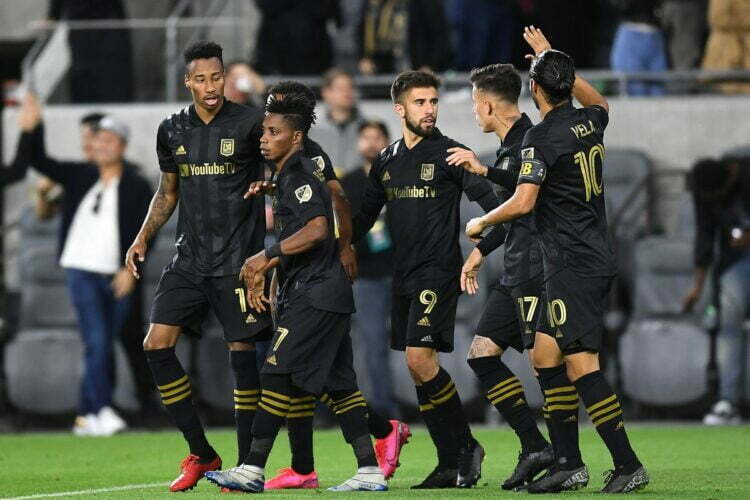 The Battle for Los Angeles: How Did LAFC Build Ground So Quickly?

The Los Angeles soccer rivalry is one that has been molded in recent years; LA Galaxy was founded in 1996 as a founding member of the Major League Soccer and, for several years, was the soul club competing from LA.

LAFC was subsequently founded in 2014 and has achieved swift success in establishing a strong rivalry with the Galaxy and becoming one of the MLS’ strongest teams in the years that followed since.

Bale is LAFC’s star player, and he will now head to the World Cup with Wales, who are priced at +120 at BetMGM, to make it out of Group B. New customers in Iowa can claim the BetMGM bonus code here for a sports bet of up to $1000, which could be used on this year’s World Cup or perhaps next year’s MLS season.

Gareth Bale will lead Wales out for their first World Cup in 64 years 󠁧󠁢󠁷󠁬󠁳󠁿 pic.twitter.com/6cne5m1EKa

In terms of the pair’s accolades in the past, Galaxy had won the MLS Cup five times, with their last title coming in the final season before LAFC joined the league. Historically, they are by far the biggest side in LA and one of the biggest clubs in the league, but LAFC is currently the stronger team and shows no signs of slowing down after winning their first MLS Cup this year.

Managing to recruit European-caliber stars has been key to LAFC’s success; Bale was playing his football in Madrid just a year ago and will now compete against some of the top nations in the world.

Giorgio Chiellini also joined the club last summer off the back of winning UEFA Euro 2020 with Italy, but LAFC showed ambition in their recruitment several years prior to this as they have gradually bridged the gap with their city rivals.

In 2018 they managed to persuade Carlos Vela, who regularly played in one of Europe’s biggest leagues, to leave Real Sociedad and move to the West Coast of the USA. Enticing players to leave Europe in the prime of their careers is a rarity in football, and managing to do so is a testament to the tenacity which has contributed to LAFC’s success.

3️⃣2️⃣ goals! @LAFC’s @11carlosV has set the MLS record for goals in a season pic.twitter.com/uYWOtBOymX

Vela has been everpresent in his current club’s short history. In his second season in Los Angeles, he won the MLS Golden Boot setting a new goalscoring record alongside being named the most valuable player.

Most notably, in their first-ever MLS Cup win this year, Vela managed to score 12 goals and 11 assists across the season and, alongside Bale, led a devastating attack that breezed the Western Conference, finishing in the first place by 11 points.

How was aggressive investment possible?

LAFC has many investors from Hollywood, including Will Ferrell, as well as basketball legend Earvin “Magic” Johnson, and two-time FIFA World Cup champion Mia Hamm of the United States Women’s National Team.

The club was initially a project funded by celebrities looking to be shareholders in a soccer club, but they have rapidly established themselves as a top MLS club and a huge threat to the leagues’ long-standing clubs with a history of past success.

The Galaxy is especially threatened by their evolution over the past few years; a fierce rivalry has already been manufactured between the two sides, and the five-time winners are wary of being knocked off their perch.

Galaxy is historically the bigger club, but LAFC is rapidly closing the gap and, led by Gareth Bale, will look to achieve back-to-back MLS Cup successes next year to gain a further grip on Los Angeles.

Pundits have LAFC as their MLS Pick

Pundits have LAFC as their MLS Pick

Why Are Custom Socks the Best Gift?