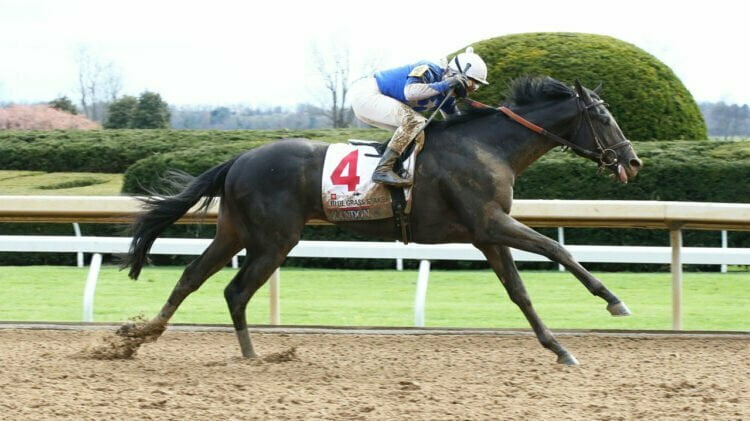 The Kentucky Derby is just under one month away, and the horses and trainers can do very little between now and the start to alter the markets too drastically.

We have seen all of the leading three-year-olds in the US on the Road to the Kentucky Derby, with some of the leading contenders having picked up maximum points in the biggest prep races that have been run.

So, is Zandon one of the leading contenders that could potentially upset the current market leader, Epicenter? Remember, the 2022 Kentucky Derby winner will be announced here, so make sure to bookmark this page if you have placed a bet.

Zandon Could Be Under The Radar

Zandon produced one of the best displays by any three-year-old in his final prep race, as he picked up victory in the illustrious G1 Blue Grass Stakes. The three-year-old has always been highly regarded by connections, but he finally pieced together all his work in that run to win in stunning fashion over previous Derby favourite, Smile Happy.

His win over the 1 1/8 mile distance saw him reach a speed figure of 107, which illustrated a best career-effort by a considerable difference. It also showed an excellent stride forward had been made by Zandon, as he finished behind Smile Happy just a couple of months earlier in the G2 Risen Star.

However, questions could be posed on his finishing time of 1:50.35 in the Blue Grass, which was nearly a second slower than the winning time posted by Epicenter when beating Zandon in the Risen Star. The Chad Brown-trained horse does hold a very good chance at a bigger price, but the record of horses coming through the Blue Grass in the Kentucky Derby is a poor one, with Street Sense in 2007 being the only horse to have lined up at Keeneland to win at Churchill Downs since 1992.

Is There Chinks In Epicenter’s Armour?

I don’t think there’s much denying that Epicenter deserves to be the favorite for the Kentucky Derby at this stage. The three-year-old has passed every test put in front of him to this point, and he has recorded victories over both 1 1/8 miles and 1 3/16 miles. His latest victory in the G2 Louisiana Derby saw him hit a speed figure of 97 for the fourth straight race, and it could be argued that there is likely to be more improvement from this three-year-old than Zandon.

Epicenter’s win in the Risen Star is still the key form line over Zandon, as he was so impressive on that day at Fair Grounds. His only defeat since breaking his maiden came over the shorter distance in the G3 Lecomte, as he was shocked by Call Me Midnight, but his response has been excellent. It also shouldn’t be forgotten that Epicenter also holds a career victory at Churchill Downs, as he won at the Derby track in November over a mile.

As mentioned, that Risen Star battle between the two remains the key comparison. Fair Grounds does play to Epicenter’s strengths more, but so will Churchill Downs, and evidence of that can be found from his win at the track in November.

Zandon took a huge stride forward in the Blue Grass, but that prep race’s history when it comes to producing Kentucky Derby winners is particularly worrying.

Meanwhile, the Louisiana Derby has proven to be a successful route, with two winners this millennium passing through the race at Fair Grounds, including Country House, who won the Triple Crown opener in 2019.