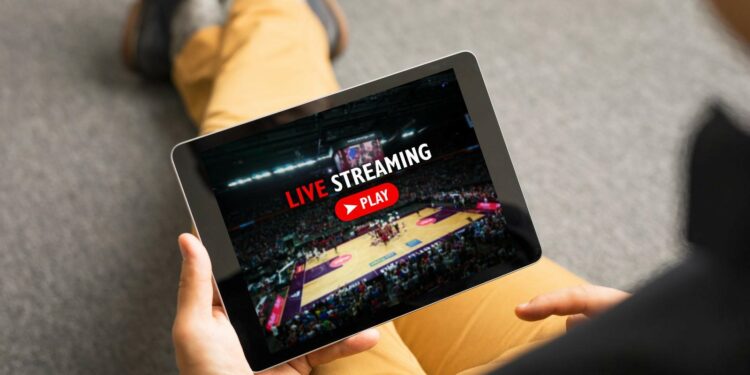 With the majority of sports getting underway again following the enforced break caused by the Covid-19 pandemic, many viewers are getting ready to stream their favorite sports once again.

Why is it Difficult to Stream Sports Around The World?

When it comes to sports, the companies that broadcast and stream the sports need to pay a lot of money just to secure the rights to stream a particular sport. However, there are some rules that need to be followed when a company buys the rights to broadcast a sport, and it’s not as simple as just streaming to anyone who wants to watch.

One of the stricter rules when it comes to sports streaming is which region the broadcasting company is allowed to stream the sport in. This varies depending on the country that the sport is in as well as the regions where the company normally broadcasts to.

For example, if you want to watch English Premier League football on Sky Sports, it’s unlikely that you will be able to watch it if you’re not in the UK or Ireland. There are some other countries around the world that have access to Sky Sports, however, in the majority of countries you will be met with an error message stating: “this content is not available in your region”.

This is known as geographical blocking, or geo-blocking for short. Geo-blocking can cause you many frustrations if you’re a sports fan, however, there is a way to bypass it. All you need to do is learn how to change your IP address.

Your IP address is a unique set of numbers that is used to identify your device on the internet. One of the IP address’ main jobs is to pinpoint your physical location, and this is how a website is able to determine whether or not it should block you from accessing it, a VPN can help you with this.

What is a VPN?

A VPN or virtual private network is used as a cybersecurity tool first and foremost. A VPN is able to mask your IP address and change it to one in a different country or city around the world. A VPN can do this by allowing you to connect to one of several global servers around the world.

Doing so will allow you to access the internet as if your device was in that country or city. For example, if you connect to a global server in the United Kingdom, you will be able to access Sky Sports and you will receive adverts from the U.K

This is because your IP address will put your device in the U.K, so you are accessing the internet from the U.K even if you are not within their region. Using this concept will allow you to bypass any form of geo-blocking.

Other Benefits of a VPN

This is important in our modern society where cybercriminals thrive. Having this extra privacy and security will be a huge benefit to you. It is important to prevent your information from falling into the wrong hands. Government agencies and surveillance could also use your data.

When it comes to using a VPN it’s recommended that you always keep it active. In fact, you should consider turning on the “auto connect” feature which will allow your VPN to turn on and connect anytime your device connects to the internet.

A man in the middle attack is when the hacker places their device between your device and the internet connection. They can do this by relaying the information that is sent and received from your device through their own devices before it gets to the internet access point. A man in the middle attack will allow them to see everything that is happening on your device, and it’s a form of modern day eavesdropping. If you’re working with sensitive information, emails or, even passwords, those can all be stolen.

Using a VPN on your device will prevent a cybercriminal from being able to eavesdrop on your device even if you’re on an unsecured network. This is because the VPN will encrypt the connection for you and the hacker won’t be able to infiltrate your device and steal your data.

When it comes to choosing your VPN providers you may come across some free VPNs. You may have noticed that we keep mentioning ‘premium’ VPNs in this article, and that’s because free VPNs come with several drawbacks that can affect your privacy, security and ability to unblock websites. You can see some of the drawbacks of a free VPN below;

● Free VPNs have speed limitations enforced on them which can sometimes affect your browsing experience. This is especially frustrating if you’re using the VPN for streaming.
● Oftentimes free VPNs will have daily data limits. These limits are usually very restrictive, and you may only be able to use your VPN for about an hour each day, which is not enough to keep your devices secure.
● In the majority of cases, free VPNs have a limited selection of global servers to choose from. This can impact your experience as you might not be able to choose the country’s server you are looking to connect to.
● In some cases free VPNs could be rogue software. Rogue software is a fraudulent cybersecurity tool designed by a cybercriminal which they will use to infiltrate the victim’s device and install malicious software on.