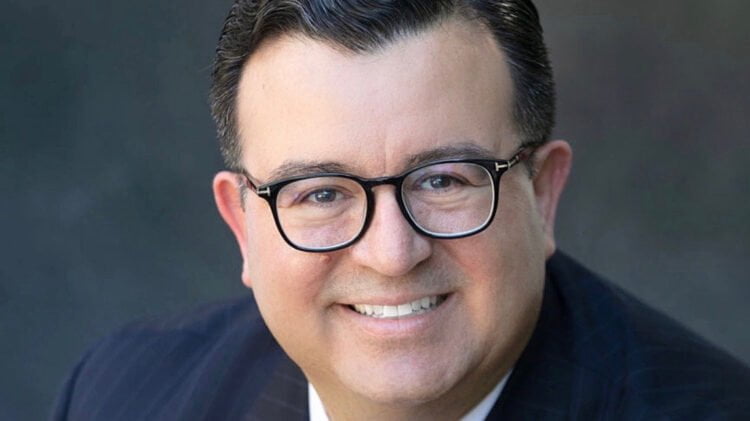 Xavier Gutierrez, President of the Arizona Coyotes of the National Hockey League1

How does a successful finance executive – and Latino from Guadalajara at that — shake up the world of ice hockey?

The tale of Xavier Gutierrez, the CEO of the NHL’s Arizona Coyotes, is as intriguing and inspiring as it gets.

The Arizona Coyotes face a major juxtaposition: ice hockey in the desert. It should come as no surprise that they are open to another: Having Latinx ownership and, as of early 2020, a Latinx CEO in Xavier Gutierrez, who sees a world shaping in which these realities are no longer juxtapositions, but the norm.

“This is a hockey town,” he tells California Business Journal. Of course it is; there are the snowbirds, and among that group, retired Canadians are a major portion of that population. “And many retired NHL players end up living here, along with a lot of players who live here during the off-season,” Gutierrez quickly adds.

Gutierrez and Coyotes owner Alex Meruelo see their mission as not just gaining more hockey fans, but true Coyote fans. The overarching question they continually focus on: How do we leverage the power of sports to make a difference?

Gutierrez comes to the role with an imposing resume. There is the Harvard undergraduate degree and a law degree from Stanford. He is the former Managing Director at Clearlake Capital Group. He is a man with a 20+ year career as a business executive and investor focused on investment management, corporate strategy, operations, finance, and business development. At Clearlake, he managed over $24B of institutional capital.

Born in Guadalajara, Mexico, his family moved to the Bay Area as he was just ready to enter kindergarten. Gutierrez grew up and spent his career through 2019 living in California. Gutierrez recalls how amazing it was to grow up in San Jose in the ‘80s and ‘90s. “We had great schools, affordable housing, and a thriving immigrant community,” he recalls. Some teachers in his public school encouraged Gutierrez’ parents to have him apply to Bellarmine College Prep, the oldest high school in California.

“That was a big inflection point for me,” Gutierrez says. “At Bellarmine, I went to school with the sons and nephews of the titans of Silicon Valley. I was exposed to so much incredible information, and that is where I first heard the term ‘venture capital.’”

How does a successful entrepreneur and investment manager turn to the world of sports, and the world of ice hockey in particular?

“It’s funny, when I graduated from Stanford, I was planning on a career in politics,” he says. With that in mind, he went to work for the mayor of Baldwin Park.

“He appreciated me, but also gave me more than a strong nudge to start working in the world of Wall Street,” Gutierrez says. “It changed my career trajectory. I realized that deal making was a passion of mine.”

Gutierrez’ career led him to positions with Latham & Watkins, Lehman Brothers, and in a step toward his current role, worked as a financial analyst in the League Office of the National Football League.

From there, and before the Coyotes, Gutierrez had business interests with his friend Alex Meruelo. He served as Chief Investment Officer of Meruelo Group and oversaw investments and acquisitions. In that role, Gutierrez was responsible for deal origination, underwriting, execution, and capital sourcing.

Also, the Meruelo family owns a bank. “We actually own the largest Latino-owned bank in California, Commercial Bank of California, with a little bit over $2 billion of assets,” Gutierrez says.

In 2019, Meruelo purchased a majority stake in the Arizona Coyotes. “When he bought the team, I came out to his press conference to congratulate him,” Gutierrez says.

A conversation started, and in February of 2020, Meruelo invited Gutierrez to visit Arizona and continue the conversation. “His vision really captured my attention and resonated with me,” Gutierrez says. “I remember Alex saying, ‘I want us to be an organization that leverages the power of sports and the voice that sports gives you to really make a difference.’”

That’s when Gutierrez signed on as President and CEO of the Coyotes and made the move to Phoenix.

How are the Coyotes making a difference? By inspiring and investing in the community. “Here I am discussing a hockey team in Arizona, but really I’m talking about an impact enterprise,” Gutierrez says.

What does he mean by “impact enterprise?” He puts it this way: “Impact, inclusion, innovation. Those are the pillars of who we are, and really, they go in concentric circles around impact.”

Throughout his career, diversity, equity, and inclusion have been a touchstone, and his work with the Coyotes is no different. In a state that is growing more ethnically diverse every day, serving and growing that diverse fan base is critical to the vision of impact, inclusion, and innovation.

“What we’re talking about when it comes to diversity, equity inclusion is impact, right? It’s very multi-layered, it’s not just one thing,” he says.

One example would be how the team highlights a Latino-owned business every month at Coyotes’ games. “We partner with Univision and invite the business to bring their employees and partners to a game. We give them a suite, we highlight them during the game. Then, Univision gives them a month’s worth of marketing.”

They have also been using the physical space of Gila River Arena as a means of inclusive impact. “I’m very proud of the fact that I’m sitting right now in an arena that has been a voting location, a blood drive location, we have many food and clothing drives here. We used our platform and literally our physical platform to help our community and to bring it together, to convene people from every walk of life.” 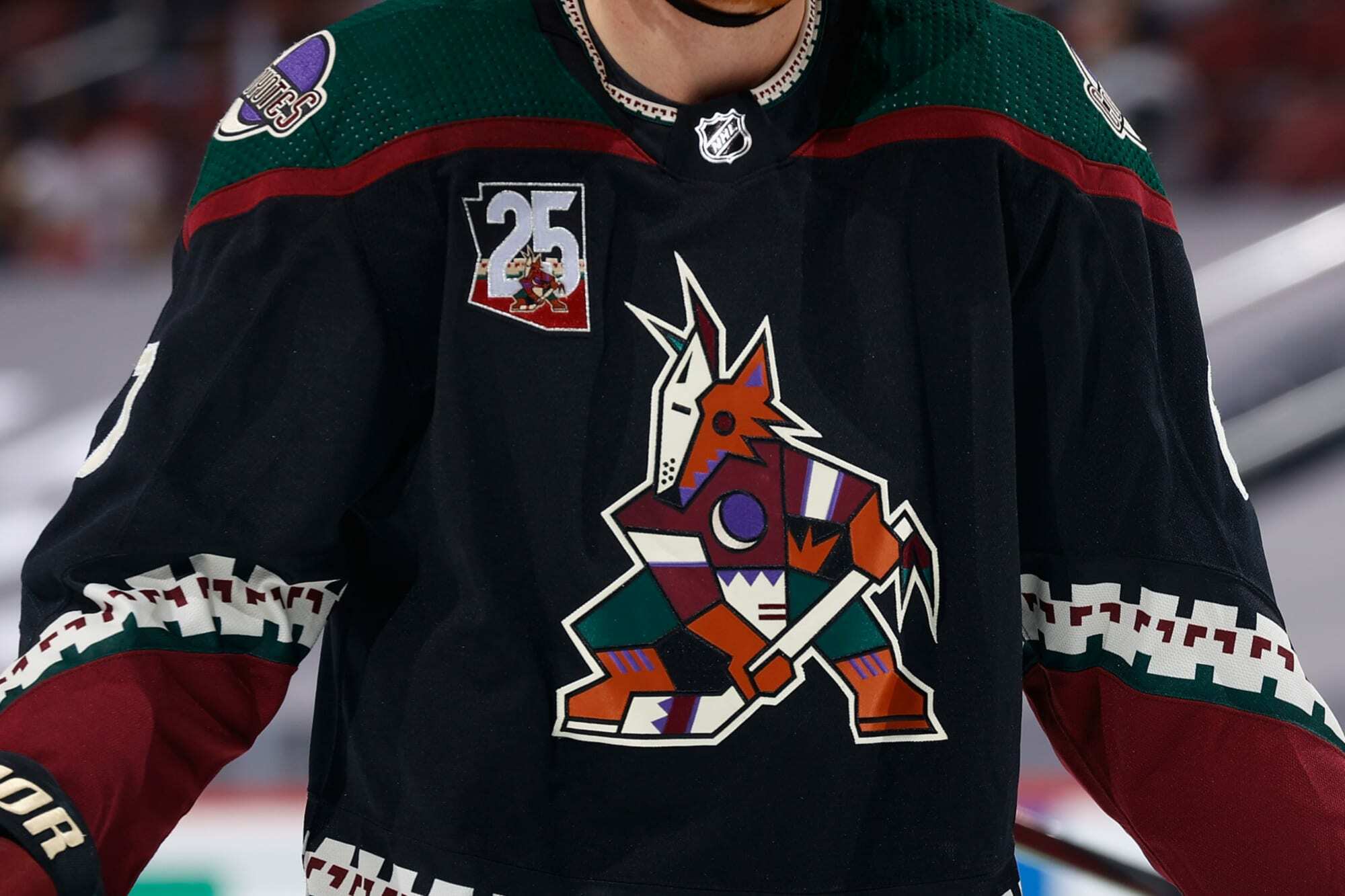 Also, some hockey gets played. The Coyotes have a thriving system of pathways for youth and adults to enjoy the sport. Along with traditional youth hockey leagues like the Kachinas and the Small Frys girls hockey, the Coyotes have launched a program called Los Howlitos. This is an English and Spanish language learn-to-play program.

“We go out to primarily Latino schools, community centers, and nonprofits and we invite them and to learn to play,” Gutierrez says. “It really starts with street hockey, right? Stick ball, black top, and then it gets them onto the ice.”

Beyond the Coyotes organization, Gutierrez is making an impact on the NHL as a whole. He serves on the Executive Inclusion Council of the league. The council is geared toward advancing diverse and inclusive leadership in teams, leagues and unions. The Executive Inclusion Council has 15 members and is comprised of owners, former players and club and league executives.

“I really applaud the NHL for its intentional efforts to bring diverse individuals not only to the player community, not only to our fan community, but also to our business,” Gutierrez says. Thinking of a professional sports team as an impact enterprise widens the potential of the organization. Gutierrez understands that the power of sport can be leveraged to connect with and make a community stronger in tangible, pragmatic ways.

Lottery winners bought their dream home, a Porsche and Lexus, and embarked on trips to Monaco and Rome. Then went into debt.