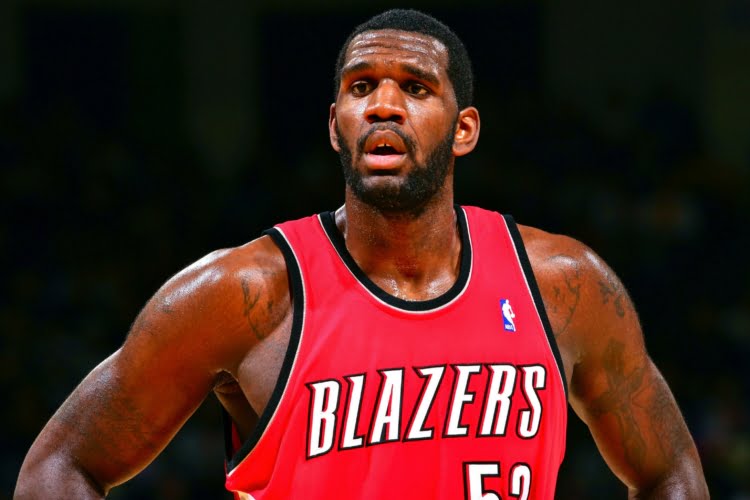 Greg Oden, one of the worst No. 1 draft picks in NBA history, was selected in front of ... Kevin Durant!

Remember LaRue Martin and Pervis Ellison? The NBA teams that drafted them would love to forget.

We’ve seen many incredible players in the NBA. These players have made history with epic plays that we will always remember. Unfortunately, not every player that gets into the NBA is actually any good. In fact, there are some NBA draft picks that are pretty awful.

Today, before you go and check out the NBA odds ahead of the next game, we’re going to cover some of the 10 worst NBA Draft picks ever. In doing so, we also hope that the powers that be don’t make the same mistakes again and choose more terrible players like these ones.

There have been many problematic picks in the NBA draft, but LaRue Martin was not the best choice for the Portland Trail Blazers. The team was impressed with his gameplay in the UCLA squad, but unfortunately, the player couldn’t quite measure up when he actually joined the Blazers. He played for four seasons in total for the team, with an average of 5.3 points and 4.6 rebounds. Certainly not the best stats. To think that they passed over Bob McAdoo and Julius Erving for him.

Joe Smith was another player in the draft who looked like he had great potential for the NBA. He was a star in the University of Maryland, averaging a massive 20.2 points and having 10.7 rebounds across the two seasons of gameplay. He was taken in as part of the 1995 draft by the Golden State Warriors. Much like many others on this list, he didn’t quite bring that same level of skill to the field when he joined the NBA. He’s played for a number of teams, but through the years since 2005, he hasn’t actually been out there playing for more than 25 minutes at a time.

A blast from the past, Mark Workman’s career was a short one that was absolutely unmemorable. He played for just 2 years. Hailing from West Virginia University, he played for the Milwaukee Hawks and then for the Baltimore Bullets before leaving the NBA. In that time, his average was a meager 4.9 points and 2.9 rebounds. He would spend roughly 15 minutes on the pitch in every game. It’s especially weird to think that Clyde Lovellette was drafted after him. You have to wonder what the Bullets were actually thinking with this draft.

In his days before the NBA, Pervis Ellison appeared to be the perfect fit for any NBA team – a strong center and a national championship title under his name. It’s no wonder that the Sacramento Kings picked him up in the draft of ‘89. Unfortunately, it was a poor choice on their behalf. Ellison had a short 34 game career in which he averaged 8 points and 5.8 rebounds. Yikes! In 1991 he did manage to improve, but it wasn’t enough to redeem his poor reputation.

Everyone had high hopes for the 2007 draft, and Greg Oden looked like a fantastic player. The Portland Trail Blazers decided to go with Greg Oden for their pick. Would they regret it? A resounding yes.

Throughout his time playing for the team, he was averaging just 9.4 points and 7.3 rebounds after having microfracture surgery. He’s also only played 82 games in total. It’s pretty crazy to think that Oden was picked over Kevin Durant.

He seemed like a good pick, but again Bill McGill wasn’t quite what we hoped he would be. He had a great track record during his days at the University of Utah, encouraging the Chicago Zephyrs. His time in the NBA was a mere three seasons, and then he joined the ABA for two further seasons. In his entire career though, his average was 10.5 points and 4.4 rebounds for each game. It’s hardly the most impressive resume out there.

Benson was an impressive athlete in his time at college, but as a pro, he didn’t cut it at all. He was drafted by the Milwaukee Bucks and in his time as a rookie, he only managed to average 7.7 points in total, with 4.3 rebounds and 18.7 minutes on average per game. He was a tiny bit better for the Detroit Pistons later on, but his resume was still nothing impressive even by the end of his career.

Now we’re back in the early days of the NBA – so early, in fact, that it was called the Basketball Association of America rather than the NBA. He had just one professional season where he averaged 2.9 points and 0.6 assists. This is over 17 games! He was even chosen ahead of Dolph Schayes, a legend in the world of basketball. That really adds insult to injury.

Taken in by the Washington Wizards, Kwame Brown was nothing but a disappointment to the team. He was so bad that he was even traded to the Los Angeles Lakers later on, and later even more teams. He has never stayed in a team for a particularly long time – it’s not hard to see why when you look at his stats. 6.8 points on average and 5.6 rebounds is a poor show.

The Los Angeles Clippers made a huge error with this draft. He managed to be pretty great in his university career, but it just didn’t translate well into the big leagues. 8.3 points on average and 6.8 rebounds throughout his career – not ideal.