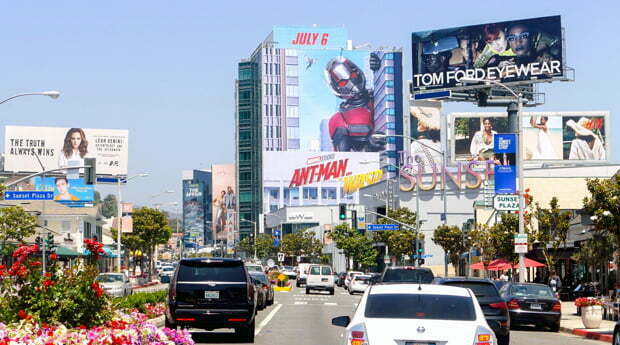 Just drive down Sunset Blvd. and you'll see why.

No matter where we have traveled to and from, we’ve all seen at least a dozen billboards on the side of the road. Billboard advertisements have been around since roads themselves. They’ve been used to advertise just about anything and everything under the sun; from restaurants to gas stations to clothing stores to events, if there’s a business or product, there’s a billboard for it.

With all of the other advertising avenues out there, why would you go with an old-school billboard over something on a social media platform? And why are billboards considered so effective in a big city like Los Angeles, California?

Let’s take a look at why using a billboard advertisement in Los Angeles is an effective approach and why you may want to consider this medium for your company’s next big ad campaign.

Los Angeles Is a Leader in Business and Media

For starters, there are a few fantastic reasons that Los Angeles is a great place to advertise in general.

This city of angels is a leader in multiple different businesses and industries. Many companies have their headquarters located in Los Angeles for this reason.

There’s a reason why Los Angeles is considered such a mecca for so many people; artists, media gurus, social media influencers, and business owners alike find their way to this highly-populated city for a shot at success in their careers and personal lives. What better group of people to show off your business to?

That’s a lot of eyes in a small amount of space. Eyes with funds. Eyes with needs. And your business can meet those needs and find new customers.

There Are Plenty of Tourists to Reach

Another great thing about Los Angeles is that all of this fame attracts millions of tourists each year. When tourists come out in droves to see such famous sights as the Hollywood sign, Rodeo Boulevard, and even try to find their favorite celebrity’s house, they’re doing a lot of travel around the area. 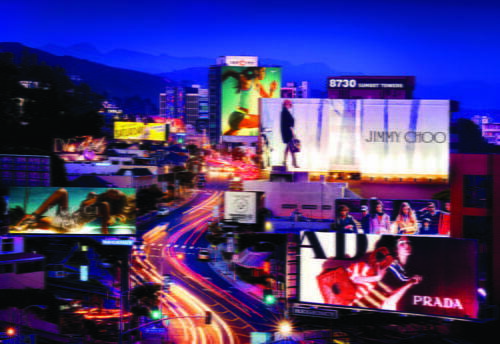 When they’re driving or ridesharing down one of the many highways that run through this huge city, they’re already spending a good amount of time looking around. That’s why they call it sightseeing, after all. So why not have one of those sights they gaze upon be a billboard advertising your company’s product or service? It’s like you’re reaching millions of bonus customers who don’t even live in the area.

There Are Plenty of Advertising Placement Opportunities

One of the many wonderful things about Los Angeles billboards is how many different places you can advertise. When you think of billboards, your mind may automatically go to those on sides of highways and other major roads, but there are plenty of other opportunities to be found in Los Angeles.

You can choose those heavily trafficked streets like Hollywood Drive and Rodeo Boulevard or more targeted areas. For one, the Dodger’s Stadium is a great way to reach a bunch of future customers while they’re already sitting around waiting for the game to start. You can also advertise on and around some of the biggest college campuses in the nation like the University of Southern California and, of course, the University of California Los Angeles. Since Generation Z is the newest generation of customers out there, this is a great way to catch their eye where they spend most of their time.

Traffic Is Your Best Friend

If you have ever been to Los Angeles, you know just why it’s so infamous for its heavy traffic. The average person spends hours upon hours out of their day on their commute to and from work.

When you sit in traffic, there isn’t all that much that you can do to try and pass the time. Sure, there are podcasts and playlists that you can listen to while you try to keep your cool in the stop-and-start nightmare, but people need visual stimulation as well.

Since you obviously don’t need to keep your eyes on the road when your brakes are on for ten minutes at a time, your eyes start to wander around your surroundings. And that’s where you can gaze upon your very own billboard that will successfully draw in all sorts of new customers from the jam-packed freeway that you’re on.

Go With the Biggest Advertisement Option Out There

When it comes to advertising in a huge city like Los Angeles, California, you have to go big or go home. Get a billboard for your business and reap the benefits of thousands of new customers.

6 Tips To Help You Properly Advertise Your Law Firm

6 Tips To Help You Properly Advertise Your Law Firm

What Will Digital Advertising Look Like in 2022 and Beyond?