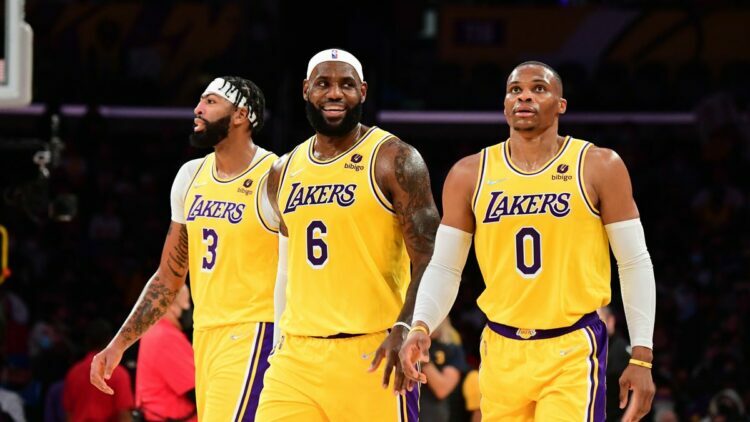 This is the NBA’s 77th season. It begins October 18 and ends on April 9. The NBA All-Star Game is February 19, and the playoffs start on April 15. The NBA Finals take place in June.

Focus on the Los Angeles Lakers:

They face more pressure than other teams because of The Big 3 of LeBron James, Anthony Davis and Russell Westbrook.

Let’s take a look at three rumors and expectations for the Lakers as we head into the season.

1. Darvin Ham Was An Intriguing Selection as Head Coach

Former NBA player Darvin Ham was hired as head coach for the Lakers in June 2022.

He checks a lot of boxes and has the potential to create great success with the Lakers.

He is 49 and has an excellent track record as a player and an assistant coach. He has had some great coaching experience over the years, having worked under Mike Budenholzer of the Hawks and Bucks for nine years and having spent two years with the Lakers under Mike Brown and Mike D’Antoni.

Time will tell what Ham’s strengths and weaknesses are but seeing as he has been part of the Lakers before and has worked with creative and strong defensive and offensive systems, he has the potential to accomplish great things.

2. With So Many New Signings, Positions Could Be Swapped Around

What we do know at present is that the Lakers have a host of new signings: Lonnie Walker IV, Damian Jones, Juan Toscano-Anderson, and Thomas Bryant.

The club also loaded up on non-All-Star point guards, with Dennis Schröder and Patrick Beverley joining Kendrick Nunn and Westbrook; the team now has so many new signings that positions could dramatically shift so everyone gets minutes.

Things change quickly in the world of the NBA so keep yourself up to date on Inquisitr about the latest news and rumors.

3. Keeping a Close Eye on LeBron

The one-and-only LeBron James is entering his 20th NBA season at the age of 37. He had the fourth-highest effective field goal percentage of his career last season and needs only 1,325 points to pass all-time leader Kareem Abdul-Jabbar.

Even though James’ minutes on the court have been shrinking in recent years, his possession-to-possession performance is not fading — at least not yet.

Look for the Lakers to finish with 45 victories.