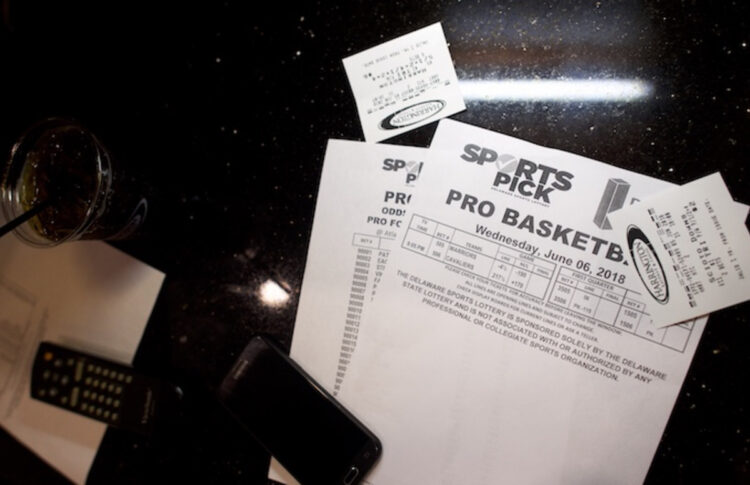 Most are banking on the dynamic duo of LeBron James and Anthony Davis to be too strong for the rest of the conference after their dominant performance in the postseason last year.

Despite their place in the NBA Playoffs still not being confirmed, the Los Angeles Lakers are still the favorites to win the Western Conference in the postseason.

The Lakers take on the Golden State Warriors at Staples Center on Wednesday night in the 7-8 seed play-in game, with the winner taking the 7th seed and facing the Phoenix Suns in the first round.

The loser will then face the winner of the Memphis Grizzlies and San Antonio Spurs’ 9-10 matchup to decide the identity of the 8 seed who will face the top-seeded Utah Jazz.

Sports bettors clearly aren’t concerned by the jeopardy facing the Lakers as they remain the shortest odds to win the Western Conference for the second year running. William Hill has them as a +225 shot to win three straight series despite not having home court advantage in any of them.

If you are interested in placing a wager on this year’s Western Conference winners be sure to check out Max Free Bets first. Their site features the very best free bets and betting offers from the top online sportsbooks.

Both LeBron James and Anthony Davis have missed significant time this season due to injury, while starting point guard Dennis Schroder has recently been out due to healthy and safety protocols.

Still, most are banking on the dynamic duo of James and Davis to be too strong for the rest of the conference after their dominant performance in the postseason last year.

Behind the Lakers is the Los Angeles Clippers, who were tipped to meet the Lakers in the Western Conference Finals last year. That ultimately fell through after the Clippers were unable to get past the Denver Nuggets, infamously squandering a 3-1 series lead.

They have regrouped and improved this season, with the additions of Rajon Rondo and Serge Ibaka in particular boosting their Playoff hopes. The Clippers, who are the 4th seed in the Western Conference, are second-favorites to win the conference at +240.

Should the Lakers win their first play-in game, the two LA teams would avoid each other until the Conference Finals after the Clippers apparent antics to ensure their position in the seeding. Tyronn Lue rested stars Kawhi Leonard and Paul George for the final two games of the season against the Houston Rockets and Oklahoma City Thunder, both of which resulted in losses.

Outside of the two LA juggernauts, the Utah Jazz are next likely to win the conference according to the sportsbooks. The Jazz finished the regular season as the 1 seed and will be buoyed by their excellent 31-5 record at home. Quin Snyder’s team will have home court advantage for each of their playoff series.

The 2 seed Phoenix Suns would almost certainly be shorter odds if it wasn’t for the likelihood of them facing the Lakers in the first round. They are available at +750 in their first Playoff appearance since 2010. The same could also be said of the +1300 Denver Nuggets, who reached the Western Conference Finals last year but will be missing point guard Jamal Murray due to injury.

The Lakers will face the Warriors on Wednesday night at Staples Center, with the NBA Playoffs officially starting at the conclusion of the play-in tournament on Saturday, May 22.

Who Will Win The NBA Title?

Who Will Win The NBA Title?