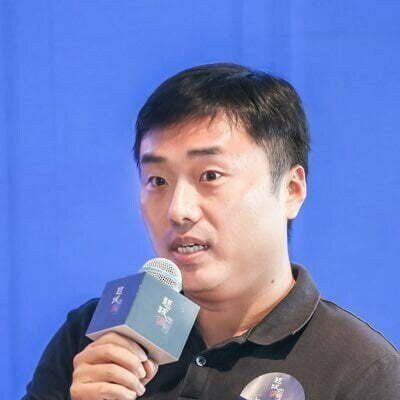 RAK’s growing relationship with Helium and the growth of the People’s Network in recent years shows how the world between cryptocurrency and IoT is closer than ever before.

Earlier this year RAK, raised $10M in a Series A funding round. The round was led by Creo Capital, the venture arm of NWS Holdings Limited, followed by Shunwei, a leading venture capital firm from China.

What makes the world of IoT technology so compelling?

IoT technology has gone far beyond just the smart home and wearable technology. While those are a few applications, there are numerous other cases of LoRa and LoRaWAN® technology being used in incredibly innovative ways.

In a human-centric network such as “online,” tech brands can own creating high-bandwidth technology to keep up with the increased amount of communication. “But to improve the real world, we need to make sure that data is being spread across various physical touchpoints,” Yu says.

Most of them are not yet connected to any network due to the limitations of the infrastructure (i.e., available power supply on a deployment site) and connection availability. “We’re seeing similar challenges in rural areas where vast farmland and pastures would find value in being more well connected. We’re seeing some governments investing in it now,” he says.

According to a 2020 ARC study, various governments are looking to increase their smart city investments to mitigate the impact of COVID 19 and help jumpstart the recovery process. The Government of Singapore announced in June of 2020 that it had decided to increase its investment in information technology by 30 percent.

With such support coming from the top, the demand for these types of technology will likely grow. Important to remember that having the proper infrastructure to facilitate this data interchange is a mandatory requirement for growth. This upcoming need has generated massive demand for new tech developments in this area.

Tell us a bit about Helium and your relationship with them

The Helium team recently raised $111M — a testament to the growth of Yu and his team.

To provide more context, Helium brings a solution for simple, secure, and scalable IoT connectivity. It empowers brands to deploy and scale a long-range wireless network that connects millions of end IoT devices, lighting the way for companies to intelligently and securely deliver data from any device to the cloud and applications.

Helium has created a decentralized public network built for the Internet of Things (IoT) using Blockchain technology, complemented with a modern reward system built around a new kind of cryptocurrency, the Helium Token (HNT).

“It was an organic partnership with us. They required reliable and top-class hardware capable of handling unique processes and delivering the desired connectivity, something we already had a great track record of doing,” Yu says.

It’s simple. Users buy the equipment and host it at home to be able to mine crypto and access the network. It’s a quick ‘plug and play’ process – the whole experience of setting up a miner is possible in under 20 minutes.

“The incentive to get people to use the product was by rewarding them in cryptocurrency. This helps to create a global network, offsetting the infrastructure burden to the users. Helium maintains the application layer and rewards its users with tokens. The more users, the wider the coverage and more opportunities to secure tokens.”

The way it works is that Helium sets up a certain number of tokens per month and then will distribute them to members in the network. In addition to using traditional exchanges such as Binance – users can also transfer HNT to friends through the app. With more people using the technology, it’s increased trust within the community.

Yu has supplied 60,000 units in the last few months despite shortages and setbacks and plan to supply at least 50,000 more through the rest of the year. It’s “a revolutionary way” to view a network and certainly one of the first of its kind.

Why do you believe in and support Helium as a technology? How do they use blockchain?

Partnering with Helium was “an obvious match from day one. It is one of the only organizations of their kind. They’ve built a decentralized public network built for the Internet of Things (IoT) using Blockchain technology, complementing a modern reward system built around their Helium Token (HNT). The creation of this token is a testament to the commitment to their passion for their community, the People’s Network,” Yu says.

Helium has prioritized empowering a community of builders to earn money while using their products. In that regard, Helium’s vision of the world is very similar to RAKwireless – “we both see strength in building great products and building a community of enthusiasts that recognize, love, and can grow from using our products.”

By partnering with Helium, RAKwireless made IoT and a network of miners accessible for all, giving power back to the ‘builders’ that inspire us each day. The Helium team also massively inspired RAKwireless.

“When you grow a brand, you quickly learn the critical importance of working with people who are just as passionate and inspired as you are. To be true with Helium, we saw that they’re not excited about what they do but take pride in constantly improving themselves. We noticed that in their team led by Amir Haleem and partners such as Shawn Fanning, of Napster fame.”

What is the People’s Network, and why is it a concept you are passionate about?

The “People’s Network” is a community concept RAKwireless fell in love with since the beginning. It’s a similar sentiment to its mantra, IoT Made Easy — a goal to bring together a community of people to learn, build and create solutions to better the world.

For Helium, the challenge it faced was: how does it bring together a network of untrusted hotspots to create global coverage? This is definitely not as easy as installing software on your PC and interconnecting it with other machines on the Internet. The rapid prototyping/ development/installation model used in the software doesn’t scale in the IoT world. Many pieces need to be interconnected with drivers and software layers. Helium required a partner that was able to guide it in the world of LPWAN and produce the much-needed equipment.

Helium’s world vision is very similar to Yu – they both see strength in building great products and empowering a community of enthusiasts that recognize and love the products. The “People’s Network” is a ‘Network for the Greater Good’ powered by the combination of RAKwireless’s product development expertise and Helium’s revolutionary, user-friendly software to encourage network deployments and IoT businesses at scale.

Helping to build this community has also helped propel RAK’s mission. As for the immediate future, the company has a continuous product plan to align with the Helium strategy pipeline.

Ken Yu, founder and CEO of RAKwireless, worked for 10+ years at one of the leading WiFi and chip vendors globally – Qualcomm Atheros. During that time, Yu fell in love with the world of WiFi connectivity and the endless possibilities that IoT can bring to improve people’s lives.

He made it his mission to help customers solve problems. He enjoys the challenge of making IoT solutions easy. Like his customers, Yu experienced challenges while building his projects, and through undergoing these, he made those trials into inspiration for his future products to solve.

Through RAKwireless, Yu creates solutions that would take one’s IoT solution a step further ––– not just to solve existing problems but also addressing potential ones that may come up during deployment stages. He envisions RAKwireless as a leading provider for developing network infrastructure and modular hardware solutions in various sectors.