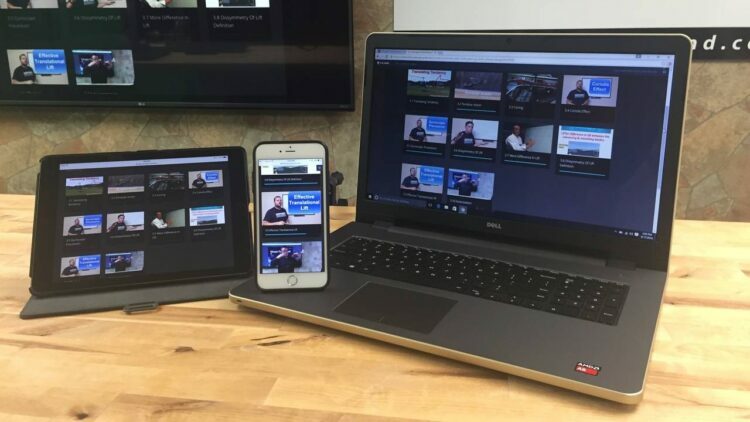 By the early 2000s, before iPhones and widespread social media, CEO Nik Froehlich saw the future for small businesses and what they would require to function seamlessly, on a moment-by-moment basis, from developing software and apps to IoT solutions.

Some people are just so gifted – intellectually and technologically – that they just see the future before 99.999% of the world.

Now, Nik Froehlich is not on the multi-billion-dollar revenue level of the aforementioned, yet he is nonetheless a visionary who is thriving today with his enterprise, Saritasa, which, if the name sounds unusual, it is: Froehlich created it by joining the first two letters of his four children’s names.

From an early age, Froehlich was a techy geek who fiddled and tinkered with computers and toys. His reputation for possessing this high-level of tech knowledge, passion and enthusiasm grew throughout his Newport Beach, California neighborhood, high school, University of California (Fullerton) and early in his software and development career.

By the early 2000s, before iPhones and widespread social media, Froehlich saw the future for small businesses and what they would require to function seamlessly, on a moment-by-moment basis.

“My friends running their own companies kept on approaching me time and again for advice on enterprise technology and how they could make it work for them,” he says.

“I was just one of those people who saw what technology was going to become for small businesses,” he recalls. He particularly saw the sizable gap between what developers do and what small business leaders understood – and what they did not.

“Tech innovators and leaders knew technology was going to evolve rapidly and if big and small businesses were to remain competitive and profitable, they would need to adapt to it.”

One developer can help a business avoid a slow death, Froehlich points out. So, in that regard, what impact would an entire team of developers have on small businesses? Saritasa started as a one-man show; now it has nine locations with clients in 23 states as well as Singapore and Europe, developing software, apps, and IoT solutions.

So, he flipped the switch and spent countless hours working to understand clients’ pain points, goals, their systems and requirements before even making recommendations, let alone start developing.

Clients range from tiny startups to massive enterprises, and everything in between. No matter the size, clients cross his threshold with an idea that they’d like to flush out, a problem that needs a solution, or both.

“Some are innovators trying to be more innovative,” Froehlich says, while others, who are fearful of updating their legacy systems or unwilling to adapt to new ways of operating, and come in “kicking and screaming.”

Even the most resistant to change eventually come around because technology is what brings them into the present moves them ahead of competitors, and makes them more profitable and efficient.

“Small business leadership is comfortable with tech now, not because they wanted to; they didn’t have a choice,” Froehlich says.

A 2021 Salesforce survey reveals that 71 percent of small businesses surveyed credit digitization with saving their bottom lines during shutdowns. Whether it’s digital transactions, online customer service software, or protection from cyber-attacks, tech is king. Many companies started using new systems during the pandemic; 35 percent say they implemented a new program or interface within the last year.

Saritasa saw a significant increase in demand in late 2020 and early 2021, but there wasn’t a rush to get online or go mobile during those first few months of the pandemic.

“Clients went into defense mode at first, eventually realizing that they needed to act.” Froehlich says.

Now in its 17th year, Saritasa has an enviable lineup of glowing reviews and an impressive portfolio of projects, including a tip-sharing application for BJ’s Restaurants, a nationwide chain. BJ’s app was built using .NET programming and works with each of the chain’s Windows tablets in its 200+ restaurant portfolio. 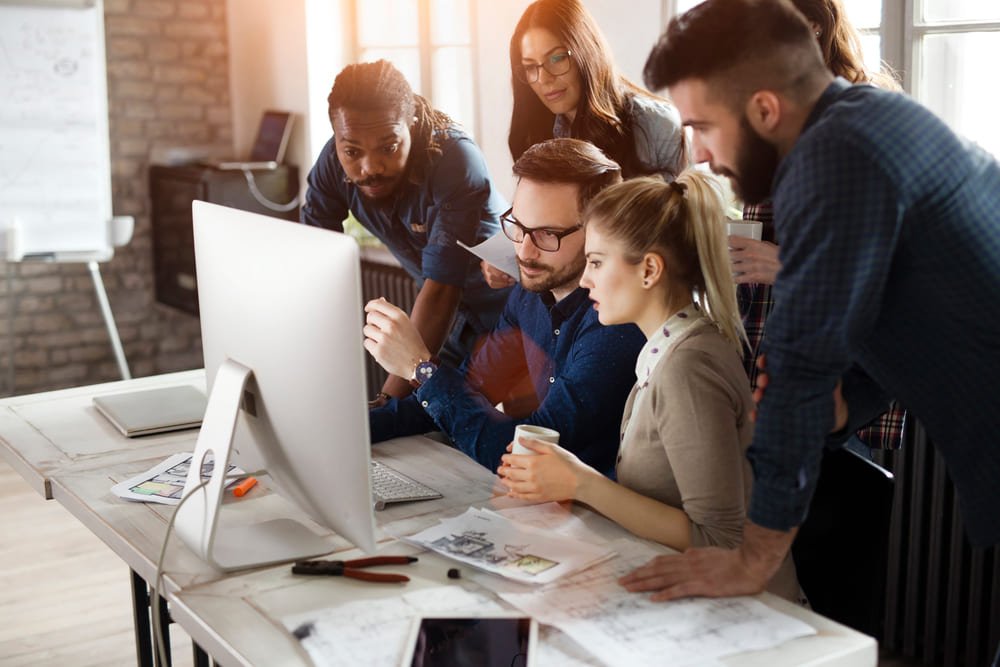 For iHeartRadio’s annual music festival, Wango Tango, Saritasa’s team was tasked with creating an immersive earthquake experience that would need to educate, create awareness, and capture the attention of a young adult audience, all while live music is playing nearby. The other challenge? They only had three weeks to design, test, and execute the project.

Working around the clock, the team combined pre-existing Unity assets and Steam VR SDKs to construct an impactful earthquake experience for the HTC Vive. Saritasa worked on-site during the festival to make sure everything went as planned and iHeartRadio achieved its goal of providing an invaluable service.

“As a result, they’ve earned their place as one of my ‘first call’ technology partners,” says Zaqary Whitnack, Senior Vice President of Strategy at iHeartMedia.

The question is, and always will be in tech: What’s next? Saritasa is developing augmented reality (AR) for retail clients. If you’ve ever seen a furniture store website or app that lets you virtually move products around a room on a screen that looks like one in your house, that’s AR. It’s an easy way for shoppers to visualize how a sofa or table might complement a room.

“I can’t tell you,” Froehlich says, “how much fun it is for my team and I to assess and create and have this kind of impact on businesses and their future. After all, we’re all in this together.”