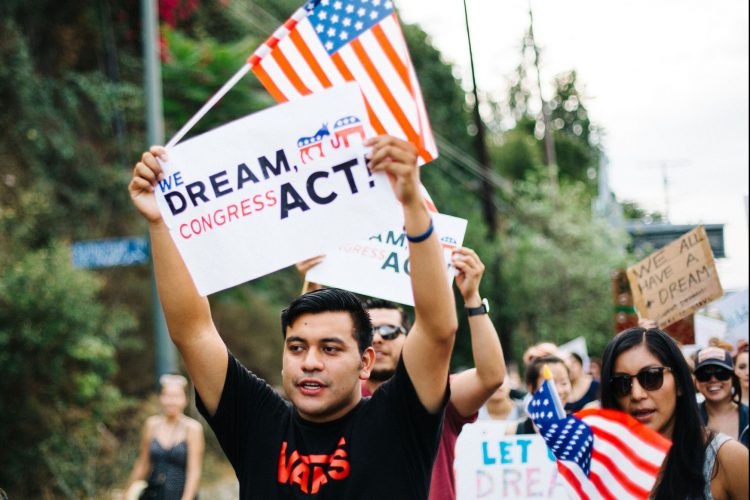 Who exactly are the Dreamers? They are just like us; no different than ourselves and our loved ones. Devoted to this country’s health, prosperity, and security, they are vital members of diverse communities.

By David Berry and Martin Robles-Avila,

The personal vulnerability created by the COVID 19 pandemic offers an opportunity to reflect on the fate of another vulnerable community in our midst—the so-called Dreamers.

Dreamers — which stands for Development, Relief and Education for Alien Minors  — comprise roughly 700,000 beneficiaries of the Deferred Action For Childhood Arrivals (DACA) program.

An imminent Supreme Court’s decision will determine the Dreamers’ short-term destiny, but regardless of its decision, the high court cannot resolve this challenge.

A larger solution to those vulnerable DACA “Dreamers” awaits a newfound sense of responsibility by Congress, where the solution to long drama belongs.

DACA’s original story involves several shifting narratives: a persistent Congressional failure to act since 2001; Congressional intransigence to address immigration realities; The Obama Administration  identifying “young people who were brought to this country as children and know only this country as home” (as the original executive memorandum described them); and finally, after President Trump’s election, a judiciary grappling with Dreamers facing the nightmare of a change in immigration policy.

Who exactly are the Dreamers? They are just like us; no different than ourselves and our loved ones. Devoted to this country’s health, prosperity, and security, they are vital members of diverse communities and belong to tight-knit families, appreciably comprised of U.S. citizens. There is Andres, an Industrial Engineer brought to the U.S. at the age of 4; Nayeli, a Web Developer/Designer brought to the U.S. at 6-years; Jessica, a Research Assistant and future physician who was brought here at 2-years–all living life in two-year intervals, subject only to reprieve, should the Court rule against the Government.

They are 700,000 people who came to this country as children, went to school here, grew up to become adults here. And many of those same Dreamers now stand on the frontlines fighting against the pandemic.

A recent filing in the case urges the Court to consider that approximately 27,000 DACA recipients are “healthcare providers on the frontlines of our nation’s fight against COVID-19” in varying capacities.

The filing specifically identifies a resident physician at the Zuckerberg San Francisco General Hospital and Trauma Center; a Houston-area paramedic; and an intensive care nurse in Arkansas.

A court decision against them, especially during a national emergency of this gravity, would tear at the very fabric of the nation.

The Supreme Court has previously observed, “agencies are free to change their existing policies as long as they provide a reasoned explanation for the change.” But when they do change existing positions, they must “display awareness” that prior policies may have “engendered serious reliance interests.”

The crux of the litigants’ challenge to the rescission of DACA is that the Administration failed sufficiently to evaluate their considerable reliance interests when it terminated the program.

The DACA litigation is a dispute entirely over the permissible spectrum of executive authority.  And that is a problem, because the solution to the Dreamers’ conundrum in fact lies with another branch of government.

The Court faces several options, but even the best scenario for Dreamers–a finding that the Agency’s termination was unlawful–would amount to little more than an additional reprieve until a better-explained rescission memo is drafted by the Executive Branch.

Congress can solve the problem.

The distressed healthcare industry depends on immigrants and citizens alike.  Even after the Supreme Court renders a decision, the Dreamers’ story will not be over, and real resolutions remain in the future.

The role of Dreamers in providing critical Covid 19 care introduces a new opportunity for Congress to exercise its wisdom, compassion, and courage, integrating Dreamers into a legal version of their lives.

Perhaps a pandemic can compel what nothing else thus far has: force Congress to Act and finally–at long last–pass some version of the DREAM Act. It’s time to go forward with legislation. It’s the right thing to do.

David Berry is a Founding Partner in the San Francisco office of Berry Appleman & Leiden LLP.