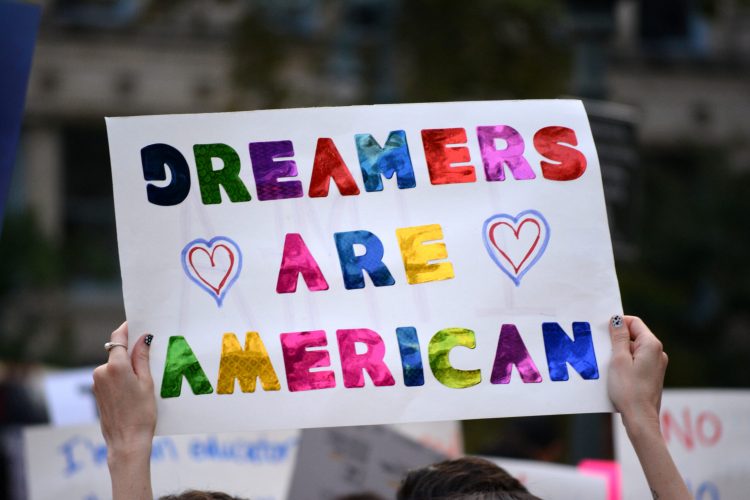 The last nine years have been difficult for Dreamers with threats that they could be stripped of their protection from deportation at any time.

Since the Deferred Action for Childhood Arrivals (DACA) program was introduced in 2012, it’s been a rocky nine years for Dreamers who have weathered on-again, off-again threats that they could be stripped of their protection from deportation at any time. That threat is closer than ever to coming true, now that a court has struck down the program. An estimated 600,000 Dreamers are working for U.S. employers, paying billions in taxes and contributing to economic growth, further underlining the urgency for Congress to act now.

Last month, a federal court in Texas ruled that the Obama administration violated the Administrative Procedure Act when it created DACA through executive action. Though the ruling was not surprising—Judge Andrew Hanen signaled early on in the lawsuit that he was likely to overturn DACA—it now represents an existential threat to the DACA program. In vacating DACA, the court permanently blocked the government from continuing to implement it, and the Department of Homeland Security is no longer approving new DACA applications. For now, current DACA beneficiaries can continue to apply to renew their DACA and work authorization, as the government appeals the ruling.

DACA has always been an imperfect form of relief. It provides only temporary protection from deportation and the ability to obtain employment authorization for certain qualifying individuals brought to the U.S. as children. DACA offers no legal status nor a pathway toward legalization; it was always intended to be a stopgap measure until Congress passed immigration legislation. If DACA goes away altogether, the 660,000 Dreamers who are currently shielded from deportation under the program would face removal – an impractical, immoral and unnecessary scenario.

Dreamers consistently enjoy overwhelming public support, and, in a recent poll, 74% of Americans favor passing a law to give them permanent legal status. It’s not surprising that nearly 100 CEOs from the top companies in the country have unequivocally urged Congress to pass legislation that gives Dreamers a path to citizenship.

Businesses understand the direct contributions Dreamers make to their individual companies and to the U.S. economy as a whole. Upwards of 90% of Dreamers are employed. DACA recipients also outpace the general population in starting new businesses, which contributes to job creation, new spending and growth. Numerous studies not only confirm the positive impact of Dreamers on the U.S. economy, they also project significant economic losses of $460.3 billion in GDP over the next decade if DACA were abolished. Just by cutting off new DACA applicants, the U.S. is set to lose over $10 billion in federal tax revenues over the next two decades, the Cato Institute estimates. U.S. businesses would lose hundreds of thousands of workers, incurring $3.4 billion  in turnover costs.

In addition to their economic contributions, more than 200,000 Dreamers have been essential workers throughout the pandemic, including about 30,000 healthcare workers on the front lines providing critical services to help stem the impact of COVID. Dreamers are an integral part of the ongoing COVID response as the Delta variant continues to prolong the pandemic and economic recovery.

“Their work and commitment to our companies, their families and communities are critical to our nation’s strength, especially since there are tens of thousands of DACA recipients working as frontline doctors and nurses and in other critical industries fighting COVID-19,” said the letter from leading American CEOs to Congress following the court ruling.

Although DHS is in the process of proposing a regulation to preserve and strengthen DACA through formal rulemaking, rather than executive action, it will take months for a final rule to take effect and the regulation is almost certain to be challenged in another round of protracted litigation. Even if it survives, the regulation will be another temporary reprieve as the DACA program teeters between the courts and an executive branch that changes every four years.

Next year, DACA will be 10 years old. After a decade of uncertainty, neither Dreamers nor the U.S. economy can afford to wait any longer. Congress, the only branch of government that can provide a permanent pathway for Dreamers, must act now to protect Dreamers and stabilize U.S. economic growth as we make our way out of the pandemic.