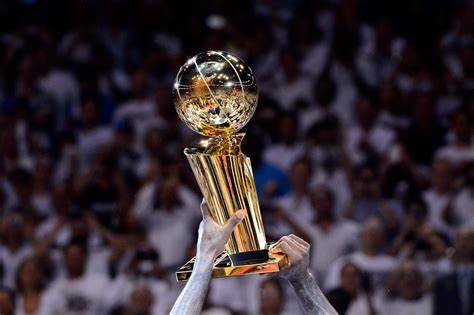 However, the NBA's financial hit was over $150 million to run in the bubble this season, which creates uncertainty for the sport in the future.

When the Los Angeles Lakers heard the final buzzer in Game 6 of the NBA Finals, a whirlpool of emotions filled Walt Disney World. The NBA bubble succeeded in crowning a champion in 2020, with the number one seed from the Western Conference capturing their first ring since 2010.

The Lakers served messages to their opponents on the court and dished out political and humanitarian stances off the court. With their public views on current world issues, the Lakers (and NBA in general) have been a focal point and a common ground between real-life issues and professional sports.

Professional basketball is a business and during a time in which salary negotiations are unpredictable, the business of basketball has taken a hit. The NBA’s financial hit was over $150 million to run the bubble this season, which creates uncertainty for the sport in the future. While the NBA still has a cash reserve and revenue will surely go up once fans are allowed back in arenas and tickets are allowed to be sold, the NBA is focusing on the day-to-day operations as financially responsible as possible.

With that being said, one of the biggest financial impacts of the NBA season was the Lakers winning the NBA Championship. The team (and league) were winners with LA capturing their 17th championship. Fans and basketball fans alike wanted to commemorate this season with memorabilia, and they did exactly that.

The Lakers became the top-selling NBA finals champion in Fanatics history. In their first 12-hours of being crowned NBA champion, LA sold more merchandise than the 2016 Cleveland Cavaliers, who were the previous holder.

Since the league’s restart, James and the Lakers have dominated team merchandise sales. Lakers championship merch has been sold in over 110 countries, with 85% of purchases made immediately after LA’s win over the Miami Heat.

Los Angeles was already one of the top-selling teams in the league (and league history) but this season was special and historic for a variety of reasons. The Lakers’ franchise is reaping the rewards of being popular while winning the NBA championship during a season unlike any other.

And looking forward to next season, the Lakers own the best odds to win the NBA championship.

According to Betway Sports (as of October 15th), the Lakers are +350 to win the NBA championship in 2021. With reports surfacing that Anthony Davis is looking to run it back with LA, the Lakers will have their two-headed monster of James and Davis ready to capture a potential 18th championship.

Next season will be a battle, but right now the road to an NBA championship goes through James, Davis, and the supporting cast of the LA roster.

What would the business side of things look like for a Lakers championship in 2021?

The possibilities are endless. Already smashing merchandise sales in 2020, if the Lakers reach the NBA Finals next season and are allowed fans at Staples Center, the ticket revenue would be gold to the franchise.

Tack on even more merchandise sales, a new campaign market that depicts back-to-back championships and the Lakers will be swimming in even more cash. LA could even spin it as James’ last NBA championship as the future Hall-of-Famer continues to age. Even if it isn’t his last season (or NBA Finals appearance), consumers will flock to the Lakers’ online shop for a piece of history, much like this season and in seasons past.

The NBA faced financial uncertainty this season, but the Lakers as a franchise hit a homerun in merchandise sales thanks to an anomaly of a season. No one is certain what the future holds for the franchise or NBA itself, but data proves that the Lakers will continue to be one of the highest-selling franchises for merchandise.

Stars align in Los Angeles and the money is even greener in California. The Lakers are winners off and on the court and are laughing to the bank. Their charity work continues to be a success and the Lakers are a pivotal member of the Los Angeles community.

With the success Los Angeles saw in merchandise sales this season, a 2021 championship could be even more historic for the franchise.