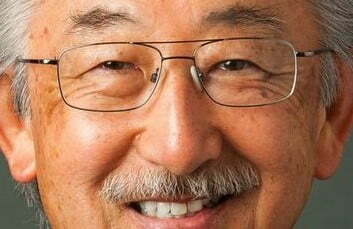 Mits Arayama is legendary for bringing Cup Noodles to the U.S. from Japan. Today, he continues to stretch his legacy as a well-rounded, passionate and caring businessman.

He will never bring it up himself. He’s just too humble and selfless to discuss his impeccable career, his amazing rise from marketing director to CEO and creating a product — and marketplace — that completely altered the landscape of the ultra fast food industry.

Mits Arayama – that’s a name that every college student in the ‘70s and ‘80s should know about and recognize. All Arayama did was “save” them when he brought Cup Noodles to the United States from Japan. College students, in particular, feasted on the product, which quickly made its way into homes, transforming the marketplace.

Now Arayama is building a new chapter. When he retired at the age of 62 as CEO of Nissin Foods in 2005, he pondered his next venture. He could have simply retired and spent his days on the golf links and fishing on the Southern California shores. But he wasn’t ready. He did, however, want to leave the food industry – and corporate America — completely behind. He fell back to his love for marketing and visual print media. He was, after all, responsible for the complete packaging and marketing of Nissin Foods for decades.

He explored and researched several options. The one that excited him the most was purchasing a Minuteman Press franchise in the picturesque seaside town of Dana Point, Calif. for $150,000 and working with his son, Simon. He also carved out a strategic marketing plan – to no one’s surprise — to help boost the business, starting with his deep involvement in networking groups.

The plan worked out perfectly. Today, Arayama sits atop of his new industry, locally and nationally, having captured Business of the Year and Businessman of the Year awards through various organizations. He even captured a special honor from the Board of Directors at the Dana Point Chamber of Commerce that had not been given out for 10 years.

“He’s so gracious and sincere,” Dan Byers, Minuteman Press Regional Vice President for Southern California, says of Arayama. “I still remember the day I met him and the positive feelings I had about him right from the get-go. His sincerity comes through at the very first handshake. His graciousness and sincerity is why he’s so likeable.” 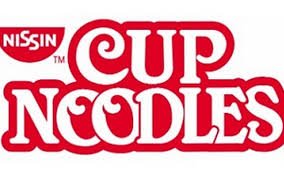 He genuinely cares about people and their businesses – he strives to educate them with his knowledge and expertise in marketing and branding, spending countless hours with customers to learn their business and customer base, inside and out. Arayama’s business offers everything in printing and marketing from design to expert consultation in branding, logos and messaging.

“There is a negative stereotype that goes along with sales,” Byers says, “but Mits doesn’t embody any of those things. You wouldn’t know about his background with Nissin because he’s so unassuming. You can’t help but be impressed. To introduce a new product to another country and go up against an American corporate giant like Campbell’s, well … if you can successfully introduce dehydrated noodles in a cellophane packet, I’m sure you can do anything.”

It’s quite fascinating how Arayama wound up choosing Minuteman Press over other business opportunities he had in front of him. Ten years ago, “everything began to move towards digital printing,” Arayama says. He saw that Minuteman Press International was following industry trends and innovations carefully and closely. He was impressed, particularly since the company was rated first in its category by Entrepreneur Magazine for 12 consecutive years and 24 times overall. 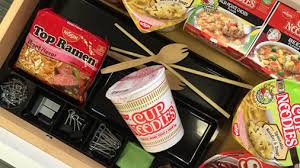 “It was easy for me to make the jump,” he says. As much as anything, Arayama relishes the freedom he has an entrepreneur. On his way to the “big office” at Nissin, Arayama admits he was “highly micromanaged from taste and visual to advertising and marketing.”

For the last decade, however, he realizes now that “being an entrepreneur lets me be more independent,” he says. “I didn’t particularly enjoy reporting to corporate headquarters for every little thing. I preferred to control my own destiny.”

With Minuteman Press International, he gets to do that, thanks to the support and resources the company provides to back him up. Now he has become the standard by which the corporation measures its franchises’ successes.

“Many new business owners like me came from corporate environments, but here, in an entrepreneurial environment like this, you are the salesman as well as the president and the janitor. It’s all yours. It’s really a blast. I love it. It’s night and day from the other world I lived in — and equally as enjoyable.” 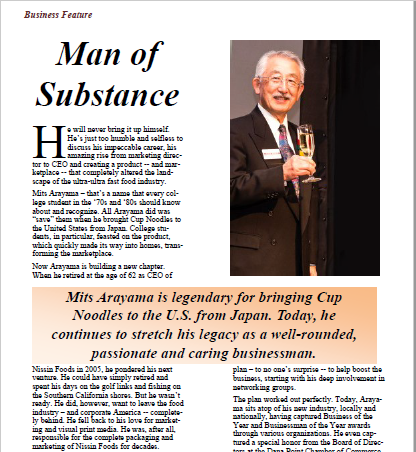 The ‘Zillow for Franchise Sales’