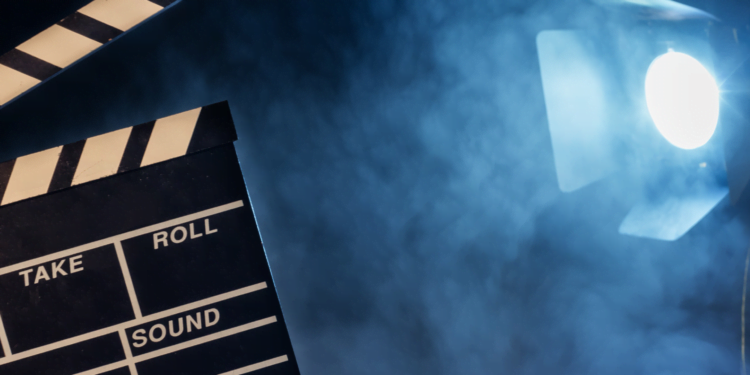 After a brief intermission, Hollywood is back in business. Some productions started filming again last summer, thanks to LA start-up Kameo -- founded by a veteran producer -- that provides flexible mobile Covid testing for the entertainment industry.

Alex Ostebo did not spend her pandemic binge-watching movies. In fact, when stay-at-home orders brought film productions to a grinding halt in spring of 2020, the producer and founder of LA-based Creative Picnic thought she’d be back behind the camera soon enough.

But as weeks turned to months, she wondered what productions would look like when they were finally able to return. Studios would surely have to provide safeguards against the coronavirus and of course, frequent testing. At the time though, no lab option was as fast and as flexible as a time-strapped film production would require.

“Film sets are all about safety,” she says, so it seemed logical that testing would become essential. “The challenge was to get the right people and the right labs.”

Founded in the early stages of the pandemic, Ostebo launched Kameo specifically for the production industry she knows so well. In fact, Kameo is a play on the word cameo, a short – but meaningful — guest appearance.

Ostebo knew film sets would need a mobile testing unit on-site that could run at any time of day. Results would need to be fast, accurate, and easily documented, so she brought in Matt Hibberd, most recently of blockchain giant Kin, to oversee the technology aspect and put her strategy to work.

By the summer of 2020, they had assembled a large team of medical professionals, established a lab of their own, and created a network of partner labs to ensure they would always meet the industry’s time-sensitive needs for results. They even hired out-of-work movie producers to serve as account managers, so each production would have a seasoned pro on hand.

The key, Hibberd says, is adaptability. Kameo offers a menu of testing options tailored for the industry, including a lab-based Polymerase Chain Reaction (PCR) test in the form of a nasal swab that’s done on-set and then sent to a partner lab for results, as well as a rapid-run nasal swab test offers test results in 15 minutes.

The latter is processed in one of 12 custom medical vans, outfitted for coronavirus testing. Event testing on-site, Hibberd says, is Kameo’s forte, but they also offer a very-Hollywood concierge testing service that is done at a VIP’s home for privacy or in a walk-in clinic.

This variety of tests makes it easier for productions to stay on schedule and accommodate challenges that plague any production, like last-minute cast additions or changes in location.

It has also made Kameo a trusted vendor of top studios. As of March 2021, dozens of productions have used Kameo to keep their cast and crew safe, including A24 Productions and FilmNation Entertainment, which has produced hundreds of popular films featuring such renowned actors as Tom Hanks, Robert Redford, Jake Gyllenhaal, Carey Mulligan, Ryan Gosling, Steve Carell, Natalie Portman, Joaquin Phoenix, Julianne Moore and Emma Thompson.

At any given time, Kameo is facilitating tests for between five to ten productions and more and more entertainment companies are starting to schedule for future shoots. Most of Kameo’s existing business has been via word of mouth. With hundreds of workers moving from production to production, crew management is always looking for solutions to common problems and a good reputation is critical. Being one of the first entertainment-only testing companies to be on-set set everything in motion for Kameo to evolve with the changing needs of productions.

Kameo isn’t just in Hollywood though. With core hubs in Atlanta and New York City, the company can reach other locales that may not require year-round attention. If a production is in Orlando, for example, the Kameo team in Atlanta can drive down to handle it. Kameo also has a presence in San Francisco, Albuquerque, Connecticut, New Orleans, Chicago, and Portland. The company has 12 mobile lab vans and 100+ medical screeners across the county.

“This enables us to facilitate several productions at once in each of our markets,” Ostebo says.

Call time at 2:00 am? No problem. Ostebo, a seasoned commercial producer, knows that movie productions aren’t exactly 9-5 operations. A 2:00 am call time can mean all-night testing and processing results, an absolute must-have for night shoots until the coronavirus no longer poses a threat to the cast and crew.

Which begs the question, what will Kameo become once testing needs slow down and covid disappears? They’ll still offer testing, Ostebo says, but she’s looking into the possibility of offering mobile vaccination units with their fleet of vans. As of now, the company cannot offer vaccines. Until they have guidance from the Center for Disease Control, Ostebo and Hibberd are looking past vaccines, past herd immunity, and into the future. They’re keeping those plans in the vault for now.

“Kameo is evolving into a technology-first company,” Hibberd says. “The next iteration of Kameo will enable us to provide a meaningful service once covid runs its course and continue to shape how the entertainment industry operates.”

Latest News from Kameo: The leading provider of flexible mobile COVID-19 testing services for the entertainment production industry announced today the launch of its vaccine passport, an additional feature on its digital platform which helps streamline the complex and high-risk task of tracking and managing COVID-19 testing, compliance and now, vaccination, on-set. The launch of this feature is especially timely given recent news that the film & TV industry’s Return-To-Work protocols have been extended indefinitely by the Hollywood guilds.

Kameo offers both COVID-19 mobile testing services and an all-in-one platform for testing management to film and production companies. The launch of Kameo’s vaccine passport, the third prong to Kameo’s digital platform, will allow productions to track the vaccination status of their cast and crew, while enabling them to adjust testing schedules according to who has and has not been vaccinated. This added feature to Kameo’s passport will enhance a production’s ability to keep sets operating safely, and assist them in effectively and efficiently complying with union safety and health requirements.

Since its inception last year, Kameo has become Hollywood’s most trusted testing partner. It has supported more than 100 productions, with 15 currently filming, and has administered over 75,000 COVID-19 tests facilitated by national partnerships with high-throughput RT-PCR labs and flanked by a growing fleet of mobile labs and in-studio testing sites for 15-30 minute Rapid testing. As a startup, Kameo has had remarkable success in its first year, partnering with most of Hollywood’s major studios and networks.