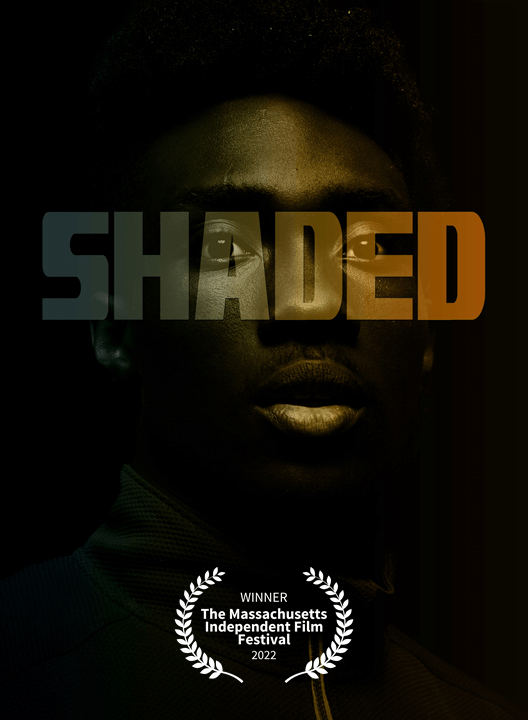 E'Ian West’s debut short Shaded is a narrative docu-style project speaking to the inequity of the Black experience in America.

In his entrance to the streaming wars, the award-winning producer, director and founder of the Wilshire-District production company creates content for pandemic-fatigued viewers longing for normalcy.

Fresh off of his first film festival win, founder E’Ian West of the Montage Media Production Company is staking a claim in the streaming wars.

West –– whose first name is pronounced “Ian” –– and his team are set to soft launch a self-funded platform, The Brella Streaming Network, by the end of summer, with an official rollout of 12 original shows to premiere in the fall.

“We have the ability to do it,” the Culver City, Calif. native told California Business Journal. “It all comes down to how fast you’re able to create content that people are interested in actually signing up for and being an audience member.”

Creating content that people want is not an issue for West and Co. In April, the Massachusetts Independent Film Festival recognized West’s debut short Shaded, a narrative docu-style project speaking to the inequity of the Black experience in America through the testimonials of nine African Americans varying in skin shade, as an Outstanding Achievement in film. The project featured creative input from Emmy award-winning producer Andre Davis Jr.

“Situations like these are unfortunately all too common, regardless of skin tone,” Executive Producer on the project Eugene Durham says. “Hearing these stories from real people will shed light on what African Americans go through every day, no matter their shade.”

Currently in pre-production Memorable Meals, Food Network star Nancy Fuller, who spent seven seasons on Farmhouse Rules and serves as a judge on the Holiday Baking Championship and Spring Baking Championship., has teamed with West to bring families out of on-the-go, drive-thru habits and back to the domestic dinner traditions around the table in the upcoming series.

The wholesome, return-to-roots series is backed by billion-dollar brands. Purell, family-owned under GOJO Industries –– which experienced a 600% jump in sales during the pandemic –– and Hormel, a Fortune 500 company boasting a networth of $24.9 billion, are coming on as sponsors for The Brella Network show.

“It’s just exciting to have the support of huge companies that have over 50 years in business,” West says. “They really believe in what we’re doing.”

The plot twist for Montage Media Production Company and other production companies alike, however, is fast-tracking content creation amid a showstopping, global pandemic.

Today’s Hollywood is notorious for rapid wrap times and grueling work hours, both of which have been impacted by state-sanctioned COVID-19 safety measures and union-regulated best practices.

At this time, most Los Angeles-based film, television and commercial projects operate within workplace safety guidelines –– codified in a Return to Work (RTW) Agreement in July 2021–– that were developed by industry heads in consultation with medical experts. Mandatory vaccinations, weekly COVID-19 testing and required on-set PPE have become standard.

On Jan. 24, the Los Angeles County Department of Public Health issued new guidance for professional performers and production crews. Latest protocols recommend unmasked performers working indoors to be tested one-to-two times weekly –– regardless of vaccination status –– while allowing those exposed to COVID-19 within the previous 10 days continue to work as long as they remain asymptomatic and regularly test negative until day 11.

Keep in mind –– these standards are a base layer to industry-specific workplace safety rules enforced by each entertainment union and guild, respectively. Meanwhile, production companies have been footing the bill to cover the time spent under pre-employment terms for COVID-19 screening compliances that crews and talent must undergo.

[su_quote]Impressively so, shows have found a way to go on. The film cycle to complete the 10-episode, sophomore season of Netflix’s expat sweetheart Emily in Paris –– which debuted in 2021 –– spanned two months. Meanwhile, reality shows like social experiment The Circle can wrap in as little as three weeks, Executive Producer Tim Harcourt told Decider. [/su_quote]

“I will say, you know, our plans kind of took a hit,” West says. “Because of COVID-19, we weren’t able to just be out there producing content .… Ever since things have opened up and the case rates have dropped significantly, we’re just back to actively working.”

Tight production schedules are not the only casualties to pandemic conditions. Given the grave state of the past two years, from an international health crisis to rampant mass shootings to the average Americans applying politics as a persona, West says viewers seem to be mainlining light, whimsical normalcy via their content consumption to counteract the unprecedented times we are all living in.

“People are ready to just be “regular” –– in whatever manner that means to them,” West says, who, like many, feels that COVID-19 robbed him of two years.

For himself, West keeps the shows he grew up watching on his DVR –– King of Queens, American Dad, Friends, Wife Swap and ‘90s sitcom Living Single –– for a relaxed kickback of comical relief.

“I like to just keep it fun, just laugh and not be too serious,” he says. “When life is regular, that means it can be fun.”

Fun, sit back essentials will be a staple for The Brella Network, West says, having just wrapped two original unscripted series.

Reality show Mariah’s on Top follows the maternal half of TLC’s sMothered mother-daughter, best-friend duo Mariah McCovy through her everyday life. Love in LA, a reality-romance series centered on Angeleno transplant Chrissy Bonilla, navigates her coming of age into young adulthood and the guaranteed dating strifes in tow.

With that being said, West is aware of the power behind his Hollywood platform and looks forward to adapting his perspective on big-picture issues to a short film medium.

His four-minute short film Triggered with longtime veteran actor George Sharperson is exactly what it sounds like –– a commentary on America’s failure on gun control, specific to weapons with high-capacity magazines.

“We’re creating content for short films that we feel could possibly make a difference,” West, who shares a family with military and police personnel, says. “I’m not one to straddle a fence; a change is needed.”

Other horizon highlights for Montage Media –– Director Paris Dylan, who directed Love in LA, steps up as a lead on an additional to-be-announced series for The Brella Network streaming platform. Also, a shuffling of in-house creatives sees the aforementioned Eugene Durham promoted to Vice President and Reco Wright Jr. to Chief Creative Officer.

“I think it’s a great time –– the smaller guy is able to create their own content, their own streaming platform, and then the people get to decide if they want to see it or not,” West concludes. “There are no gatekeepers anymore. Everyone gets to have their own piece of the pie.”

California Retail Market Through the Prism of Digital Transformation

Corporate Vision and How It Helps Leadership Teams

Why most social platforms fail retailers

California Retail Market Through the Prism of Digital Transformation

Corporate Vision and How It Helps Leadership Teams