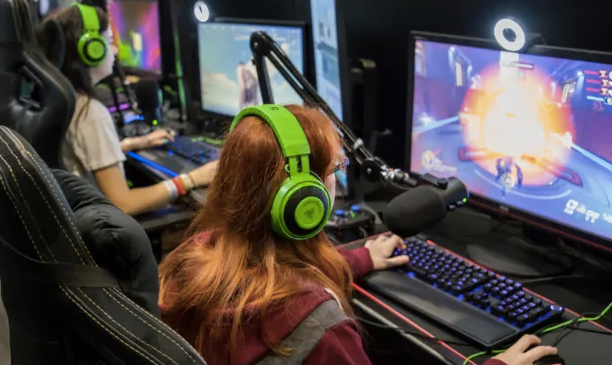 In 2021, the top 10 highest paid livestreamers earned between $3 million to $10 million. This does not take into account the countless tens of thousands of streamers who, while not earning unfathomable amounts, can make enough money to live comfortably.

But why is this the case? How do people earn so much money? You might now want to throw your hat into the ring and become a live streamer, so in this article we will explore what live streaming is and how it works and more importantly how to do it.

What is streaming for money?

Livestreaming is the act of publicly broadcasting yourself to a live audience themselves while doing activities. In the past, and to some extent today, these activities have largely consisted of playing video games on platforms such as Twitch, YouTube and Facebook.

Content on live streaming platforms is now much more varied, with a broader range of categories which appeal to different audiences and demographics such as gaming, just chatting, ASMR, podcasts, music streams, art streams and cooking streams to name just a few.

Right now, one of the most popular and most lucrative areas of online streaming is in the gambling sector. Professional gamblers who stream as they play poker online or play video slots or table games like Blackjack have huge followings of viewers who prefer the vicarious thrills of watching others lose their money to doing so themselves. These streamers become influencers – their viewers trust them – and can make money advising followers which sites have the best casino bonuses or highest payouts.

That is just one example but in fact there are lots of opportunities in streaming, although it’s not as easy as simply switching on your camera and expecting to be paid instantly. Most of the top streamers are renowned for having entertaining personalities while producing engaging content. Streamers will also have to put in a lot of hard work and determination to get to the point where they can receive money from their audience.

How do people get paid from streaming?

Depending on the platform, being paid on live streaming platforms is very flexible, offering audiences multiple options which they can use to give money to streamers.

On all platforms, streamers can receive money donations and tips, whereby a viewer can select the amount of money that they would like to give to the streamer as a one-off act. Often, when people donate, they have the option to send a message which can be read out by the streamer.

While donations and tips are a fantastic way to earn money, they are not regular payments, therefore, streamers have the ability to set up a monthly subscription program for their audiences.

Usually, streamers will include numerous subscription tiers to cover all bases; in some cases, tiers can range from $3 to $24 per month.

To incentivize audiences to subscribe to them, streamers will often create unique emojis which can be used when speaking to other viewers in chat, which can be simultaneously added to a viewer’s username to indicate which tier of subscription they are.

Similar to donations, subscriptions are also accompanied by messages which can be read out by streamers. In some cases, streamers can restrict chat functions to their subscribers only, encouraging them to subscribe to access the full list of stream features.

Additionally, streaming platforms will usually place automatic advertisements on streams and will display native advertising opportunities. However, ads can be a very controversial subject, and most streamers tend to avoid presenting their viewers with advertisements if possible. Nevertheless, on platforms such as Twitch, one of the main driving factors behind subscribing to a streamer is that it removes on-stream advertisements, which can often disrupt content.

So, how do you stream?

While in some cases, streaming can be as simple as turning on your camera and chatting, if you want to create a genuinely good streaming experience for yourself and your potential audience, there are many different components that you need to consider.

Obviously, you will need to create an account on whichever platform you wish to stream on. When creating your account, ensure that you enable two-factor authentication as this will drastically increase the security of your account.

In terms of choosing your software for streaming, by far the most popular for beginner streamers is OBS Studio as it is free and extremely accessible. Using streaming software allows you to use multiple cameras, make seamless transitions and an overall more professional viewing experience that mimics what it would be like to watch it on the TV.

While not a necessity, a streamer can utilize a microphone to significantly enhance the quality of their stream. If you are aiming to focus your streams on chatting to an audience rather than showcasing your gaming skills, then investing in a microphone will take you to the next level. There are various different microphone brands suitable for streaming such as Audio Technica and Blue Yeti.

Furthermore, unless you wish to remain anonymous when streaming, then a webcam is a perfect way to connect with a streaming audience. Logitech offers some of the best and most cost-effective webcams which are suitable for streamers at all levels.

On the face of it streaming might seem like a cozy career move – after all, who wouldn’t want to make money just chatting to a camera about the things they love doing or by playing their favorite games or making their favourite foods online? But if you want to get serious about is as a way to earn money then you need to be ready to put the graft in. That means plan properly, choose a sector that has space and opportunity, be original, and be ready to invest a bit in some equipment to get started. Then, with a lot of hard work, some commercial savvy, and a load of charisma, you could become the next streamer millionaire.

How Can OTT Platforms Increase Revenue?

How to Set Up and Run a Sports Streaming Website

The Importance of Music in the iGaming Industry

With Streaming Services Skyrocketing – and the Massive Growth in Multicultural Segments – Comcast is Investing in Cultural Relevance
Tags: advertisingbestcommercialcookingexplorefocusgaminginvestingmakingmusiconlinepokerstreaming for moneytrustvideo
ADVERTISEMENT

How to Set Up and Run a Sports Streaming Website

The Importance of Music in the iGaming Industry

How Can OTT Platforms Increase Revenue?