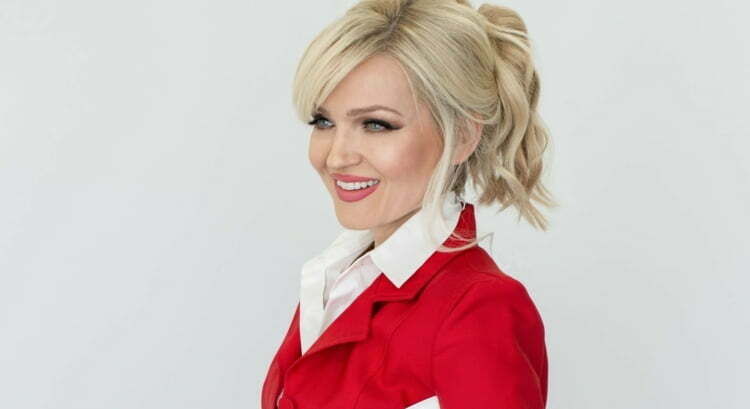 Oksana Kolesnikova mesmerized audiences at The Polo Lounge at the Beverly Hills Hotel, which led to the thriving School of Music, the Oksana Enrichment Programs, and then Oksana Franchising International.

As a child growing-up amid the economic chaos and high-crime rates of Russia in the early ’90’s, Oksana Kolesnikova learned hard the lessons of patience and persistence.

“I witnessed first-hand what it is to be outside in the freezing cold for three or more hours, waiting in a line to get basic essentials,” she told California Business Journal.

For the accomplished pianist, performer, philanthropist and entrepreneur, a belief in the American Dream was, is and will remain a sweep slumber from which she doesn’t want to awake anytime soon.

“Besides being a mother, one of the best things to have happened in my life, was that my parents risked everything to move to the United States,” she says. “It gave us the opportunity to live the American Dream.”

True to her dream, Ms. Kolesnikova’s recipe for success led her piano talents to recording eights CDs and an international performing career, and an eventual move to the West Coast. As a female Horatio Alger, in 2006 (the same year she became a U.S. Citizen), she nabbed a high-profile gig as the pianist at The Polo Lounge at the Beverly Hills Hotel. The opportunity, which she worked for seven years, offered tips beyond merely the paper variety.

“Growing up in Russia, I never imagined that one day I’d be in Beverly Hills, playing for a ‘Who’s Who’ of celebrities, business leaders and other outstanding individuals,” she says. “It was an amazing experience in my life.”

Over time, hotel guests – and their children–took ample note of Ms. Kolesnikova’s piano presence, and began asking for private lessons.

“It didn’t happen overnight; it was an everyday grind,” she says. “It took me those seven years to really establish and build my clientele. The children would be mesmerized, and that’s often how the exchange would take place. Their parents would ask for my contact information and that would lead to referrals from their friends.”

“Education and working with children have been my core passion since the beginning. I come from a second generation of educators, and it’s something that runs in my blood.” — Ms. Kolesnikova

“At first, I was only building my piano student clientele. But as that started to grow and expand, I noticed that these same families were asking me for referrals for other teachers of other instruments. I’d refer my associates, but, over time, I realized I could take my own studio further.”

Furthering her own family as a wife and mother was also part of her chronology, and a 2016 move to Santa Clarita, Calif. proved a potent part of her future endeavors. “As I was signing up my son for his new school, I also wanted to him to take some after-school enrichment programs,” she explains, “and I noticed that there weren’t too many being offered.”

With her established, entrepreneurial spirit, Ms. Kolesnikova, starting with her son’s school, began pitching her musical programs and services to a broader base.

“The school was very receptive, very excited about guitar programs, singing programs, piano classes,” she says. “It proved a real success, and it occurred to me to start approaching other schools.”

Growing her program from private clients to myriad area schools — ranging from public to private to charter, and municipalities/community programming with L.A. County – Ms. Kolesnikova cultivated a team of carefully-vetted experts and teachers and began adding more enrichment opportunities to the fray, leading the way to the formal founding of her Oksana Enrichment Programs Franchise (oksanaenrichment.com).

Along with music, the program added language studies (Spanish, Italian and French) and tutoring services from K-12 (including test prep); over time, Oksana Enrichment began offering classes ranging from chess to painting and drawing, often finding that students signed-up for multiple classes.

Amid the L.A. din, Ms. Kolesnikova has embraced the philosophy of providing flexibility to fellow parents. “What we’ve found is that it’s so important to offer this level of convenience for parents. Obviously, dealing with Los Angeles traffic can be horrendous, so, when a mother has, say, three or four kids that she’s trying to drop-off at all these different activities – it can be exhausting,” she says. “So, we’re very proud that we’ve structured a model which offers this level of convenience to our customers.”

Rather than have students travel about the city — Oksana Enrichment teachers come to the kids. “We have our instructors go to the sites and deliver our programs either at the schools or community centers,” she says of the programming flexibility. “We also have arrangements for private clients, where our instructors provide in-home lessons, or, for some arrangement, the students can go to a teacher’s studio.”

As homage to the educational limitations of her own beginnings, in 2020, Ms. Kolesnikova unveiled her non-profit Oksana Foundation, a 501 (c) (3) offering virtual, educational programs at no cost to numerous kids.

The virtual element to Oksana Enrichment’s lessons are doubly-prescient. Created prior to the pandemic timeline, the online offerings allowed students the chance to stay active amid days of quarantine; in addition, the virtual format laid groundwork for the program’s next endeavor, Oksana Franchising International, which will soon take the enrichment opportunities to children around the country.

“We pride ourselves for establishing a work-from-home model, which we also present in our franchisee offerings,” Mr. Kolesnikova says.

Debuted in 2019, the franchising arm was ready for roll-out just before the onset of pandemic months, having gained approval in 35 states, including California. After nine years of time and toil to get the national program in motion, the COVID pause in franchising momentum was just that.

“We had to restructure everything, which included enhancing our virtual offerings,” she says. “It was a full relaunch, but, now, we’ve got everything put together and we’re ready to march forward.”

For a woman who turned an upbringing of plight into a career of continual flight, Ms. Kolesnikova seems to never cease marching. The pains of her childhood have become the gains of California youth – and soon kids around the country will enjoy the same enrichment.

“In this land of opportunity and education, if you work hard enough, you can make your dreams happen.”

Even her son, Alessandro, has joined her entrepreneurial ventures with his own book-writing business. Alessandro wrote his first book, “The A to Zs of Fighting Boredom,” when he was 8 years old. He just finished his second, “Life of the Time Cat: Rise of Catastrophyre.”

“He’s amazing,” his mother days. “He helps children make their free time more productive with his books while using proceeds from the sale of them to contribute to welfare organizations and his own college education with help with his school’s fundraisers.”

For more on Ms. Kolesnikova and her business and life endeavors, click here.

Monique Vobecky started the Little Sunshine Foundation as a 14-year-old. Now she attends Harvard University in her quest to become a neurosurgeon

Why is Financial Literacy Important for Children to Learn?