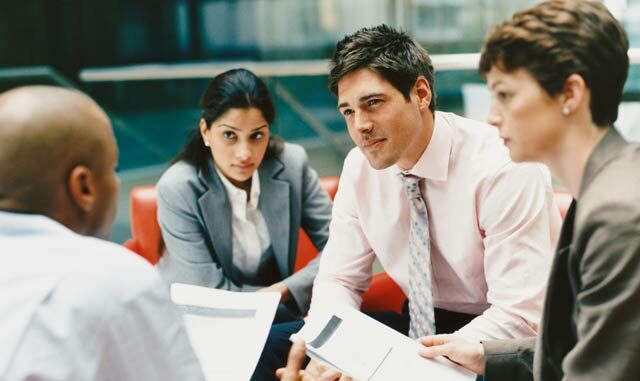 For business purposes, it's invaluable.

Spain has a total population of 46 million people, making it the center of the world’s Spanish speakers. However, over 660 million people speak Spanish, making it the third most spoken language after English, which takes second, and Mandarin Chinese, taking the top spot.

A significant amount of Spanish speakers live in Central and South America in countries like Chile, Argentina, Venezuela, and Mexico, making it a fantastic language for business.

6 Reasons Why You Should Learn Spanish for Business

Online eLearning platforms, like Lingoda’s Spanish course, can help you learn languages on the go. With so many Spanish speakers in the United States, you’ll want to get started right away.

1. Spanish is a Common Second Language

With over 6,000 languages in the world, few are as useful as Spanish in the US. America’s Hispanic population, located primarily in Texas, California, and Florida, are fluent or native Spanish speakers. In total, there are 41 million Spanish speakers in the United States.

That number is almost as large as Spain, proving that Spanish is just as helpful at home as it is overseas. Not only that, but many American companies exclusively hire bi-lingual speakers.

2. Spanish Gives You a Competitive Edge

To speak to overseas suppliers, clients, and buyers, you need language diversity. Speaking Spanish is a strategic asset because it helps businesses grow their customer service divisions.

3. Spanish Can Make You More Intelligent

There’s significant evidence that learning more than one language can make you smarter. When you speak multiple languages, your brain tends to have more gray matter. Not only that, but language learners are often better at multitasking, adapting to changes, and creative jobs.

Learning Spanish can also hone your active listening skills. By improving your listening skills, you become a better employee in fields such as education, psychology, sales, and medicine.

4. Spanish Isn’t Too Difficult to Learn

Most language professionals recommend setting aside 60-90 minutes a day for Spanish learning, meaning it could take 2 to 4 years to become fluent if you practice every single day.

5. Spanish Could Raise Your Salary

Most businesses will pay a premium for bilingual speakers. If you know the business basics of Spanish, some companies will pay you 10% more for the same job. To prove that you can converse on an international level, you’ll need to take the standard Spanish proficiency exam.

Still, most businesses won’t ask you for this documentation if you can prove your fluency in another way. For example, you can take a mock Spanish exam in front of your employer.

With the rise of Hispanic-owned businesses and the buying power for Spanish-speaking customers skyrocketing, Spanish is a coveted skill. In such an expanding market, learning Spanish can help you build long-lasting business relationships with enterprise owners.

The only thing more vital than learning the language itself is gaining an appreciation of the culture. If you’re knowledgeable on both fronts, more employers will be dying to hire you.