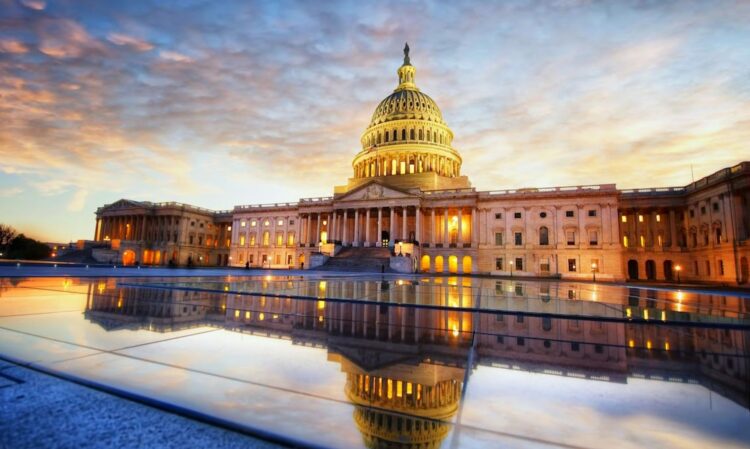 Opposition. Division. My side vs. your side. Are you my teammate or my enemy?

Politics isn’t the only place where stubborn lines in the sand are drawn. Name any topic – education, culture, sports – and there’s a group that has already taken a strong stance on it and won’t back down. Cue the endless shouting matches.

Has the gentle art of persuasion disappeared?

For Davies Public Affairs, there is only one way to deal with a public challenge, big or small from their point of view: listen. Really listen. And especially hear what “the other side” have to say.

“People really don’t listen much anymore, especially when the stakes are high,” Founder and CEO John Davies told California Business Journal. The firm now has offices in Santa Monica and in Washington, D.C. along with employees sprinkled across the country. Davies purchased Blaze Public Relations in the early 1990 where today he also serves as CEO.

With a nearly flawless success rate in navigating and winning approval for more than 140 controversial real estate projects in California, Davies Public Affairs is considered one of the nation’s leading grassroots and community relations agencies serving many real estate clients. In addition to residential developments, both small and large, Davies has helped earn entitlements or permits for hospital remodels, botanical gardens, public buildings, repurposed retail mall spaces and even airports.

Over the years, Davies and team have hit upon a successful methodology; a system that incorporates thoughtful strategies, compelling messages and effective execution. In addition to understanding the legalities and personalities involved in any project, the secret sauce relies on starting with respect, earning credibility and actually reaching out to make friends.

Sharing some of his expertise via “The Davies Method” podcast and around the nation as a sought-after speaker, Davies outlines how others can employ what he and his team have learned about turning around opposition type challenges. Overall, he advocates a strategy that directs you to listen first and address the public’s hopes and dreams first – not yours. By sharing stories, you can cultivate true relationships that will be mutually beneficial.

The Davies Method in Action

Davies gives an example of a client that needed help. Fast. It was a residential development project in San Diego where the public was loudly opposed, the Davies team went to work like a surgeon and with compelling messages and a personal appeal out-number opponents at every venue, including a unanimous final vote of approval. For a ballot measure that would block development, Davies and team faced initial polling with 44 % in favor of the ballot; there were only three months to turn around public opinion.

As they do in every effort, Davies and team shifted into overdrive by first listening to the public, to thought leaders and others who could share insights to other active residents. “Our research and interviewing style is unique,” he explains. “We write unbiased straightforward open-ended questions. We ask: who, what, where, why and how questions. And we listen. We read the answers and make thoughtful findings.”

One key question to always ask: “What are the good points others may make that make you question what you believe?”

Distilling down those basic responses is vital, says Davies, who explains that research they call Focused Interviews, results should lead to only 5-9 core findings that can be encapsulated into 25 words. After grinding down the responses even further, messaging was crafted to address what is referred to as DOS: Dangers, Opportunities and Strengths, a technique Davies learned from entrepreneurial coach Dan Sullivan.

And when crafting messaging points, Davies is adamant that first messages “don’t start with the financial benefits.” Rather, he describes these over-arching points in order of importance to find a value-based message or a moral case:

· Acknowledge the project will have an impact;
· Contrast the impact of acting vs not acting;
· Embrace all the good things about the project;
· Bridge at that point only to the economic issues.

Timing is everything. The Davies team deliver to targeted community members a personalized letter, a thoughtful fact booklet that explain the project and its impacts. Recipients can go online and watch short videos that depict how the project plans to address those impacts: i.e., animated videos of changing traffic patterns, etc. For some efforts personalized packets are delivered by hand and the Davies team get on the phone to talk with recipients when the information is fresh.

“These days, public opinion is very sophisticated and gets very hardened,” Davies says. “And we get great directions from them.” A previous project invited local groups to hear about a housing development; community members took pencil to paper and drew where the roads should be without seeing a plan – and they choose the same idea as planners.

In the end, the ballot measure was defeated and project after project is approved. “We tipped it upside down,” says Davies, adding that the firm managed to move public opinion by more than 50% on the measure and many times the same with local entitlement issues.

Technology has its perks. Because of COVID, Davies and his team employ more webinars and virtual public hearings that have been “a game changer” and probably will continue post-pandemic. The pros: more people attend, discussing the issues takes center stage and angry participants don’t overshadow the meeting.

Understanding local politics is vital in the process. “One of the biggest changes I’ve seen is that political parties flip back and forth,” Davies says. In many locations, most of anti-growth NIMBYs was led by Democrats and now Democrats are some of the biggest advocates for affordable housing.

“These changes mean we have to continue to do the right research, and never assume the answers or mood,” Davies concludes. “Everything is political and people are politics. As a democracy, we want people to be part of the decision makers.”